The crazy true story of how George W. Bush secretly tried to raise the gas tax 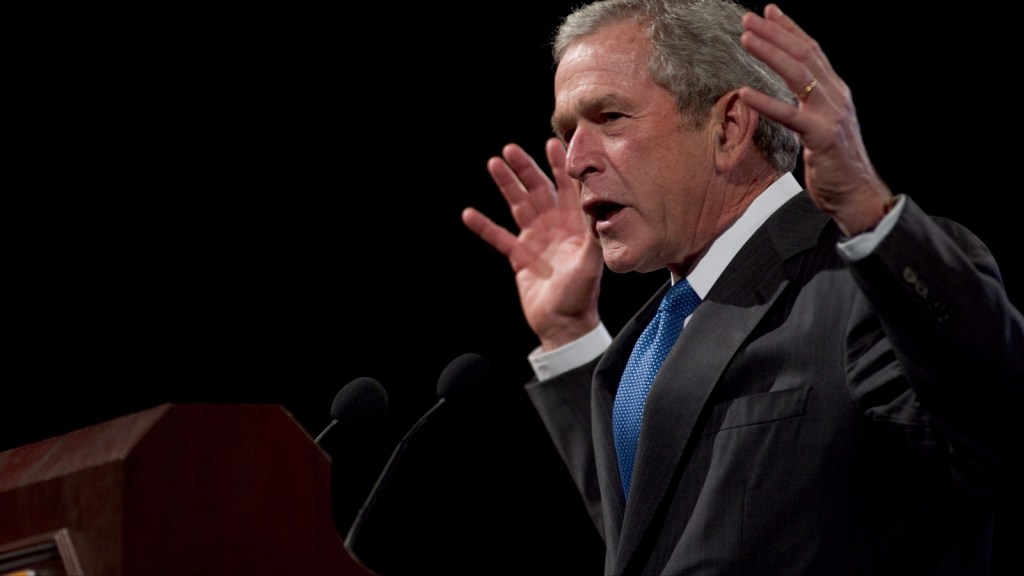 The crazy true story of how George W. Bush secretly tried to raise the gas tax

Remember that time the George W. Bush administration tried to sneak a new gas tax onto the books and sort of succeeded?

You probably don’t, because not even those fighting over this measure in Congress understood what was going on. As far as I can tell, the only person who knows the full story is Hanna Breetz, a political scientist at Arizona State University who wrote a dissertation on U.S. alternative fuel policy back in 2012. It’s a dissertation that — mirabile dictu — broke news. But, because it’s a dissertation, no one noticed.

Breetz’s research provides a rare glimpse inside the political sausage factory that churns policy proposals into laws for the good old US of A. In this episode, nobody saw the full picture, and nobody was pushing for the thing that emerged in the end. It’s a story that shows how sometimes there is no guiding plan behind this country’s policy. The politicians weren’t rational planners — they were more like ants tugging a leaf in haphazard directions until they reached a destination.

Back in January 2006, Bush held a one-man intervention with the United States, telling the country that it was “addicted to oil.” To help wean us off our addiction, he called for us to increase our alternative fuel consumption to 35 billion gallons by 2017. Where did this number come from? Conventional wisdom held that Bush pulled it from thin air.

“Tellingly, not one of the industry lobbyists, environmental advocates, Department of Energy analysts, or Congressional staff that I interviewed seemed to know where the 35 billion gallon goal came from,” Breetz writes. “Many of them derided it as a number made up for political purposes.” The people she interviewed described the target as “arbitrary,” “mythical,” and “mind-boggling.”

In fact, the number had a purpose, and it wasn’t plucked from a hat. But the Bush administration seems to have kept silent about its rationale so that no one would figure out what it was actually proposing: doubling the federal gas tax.

Before the speech, Bush had asked his advisors for a proposal that could make dramatic change without dramatic government intrusion. Bush wanted to work with the market, not pick winners and losers. His advisors suggested a gas tax. Make gas a lot more expensive and people will start choosing other fuels. Of course, this would never fly because most members of Bush’s political party had sworn not to raise taxes of any kind. I imagine someone in the Council of Economic Advisors standing up to say, “Clearly, the best solution would be to tax oil but … we’re Republicans.”

Then, one of these advisors, Benjamin Ho, “reached into the economics literature for an almost subversively clever alternative,” Breetz writes. That alternative: Tell oil companies that they must use an unrealistically high quantity of alternative fuels or pay a penalty — in this case $1 per gallon. It’s functionally equivalent to a gas tax, but it doesn’t look like one. If that doesn’t make sense, you can read how it works here, but remember this is incomprehensible by design. The Bush administration didn’t expect the alternative fuels to emerge out of thin air — it chose a number so big that it would force companies to pay a penalty and push gas prices up. Setting a mandate for 35 billion gallons of alternative fuels would add about 20 cents to the price of gas, on top of the existing 18.6 cent federal gas tax.

When the Senate took up this proposal, however, it morphed into something different. Instead of allowing the market to choose the alternative fuels, senators picked the winner: biofuel — ethanol and biodiesel grown in the Midwest. Instead of creating a mandate for a wide variety of alternative fuels, senators expanded a mandate exclusively for biofuels — gas from plant juice — they had passed two years before. Environmentalists, concerned about the amount of land that we’d need to grow all these biofuels, successfully lobbied to get a mandate for cellulosic ethanol — which can, in theory, be produced without any additional land — into the law.

Along the way, lawmakers eliminated the $1-per-gallon penalty, the key feature required to make this policy an incognito gas tax. They replaced it with fines for companies that failed to meet the impossibly high oil displacement goals. These fines have driven up the price of gas, Breetz told me, but the entire process is inefficient and punitive. In the past, the companies have paid fines for failing to buy cellulosic ethanol that didn’t exist. The courts struck down that practice in 2013, but the EPA still requires oil companies to buy biofuels or pay a fee. Now the fees and volumes are much lower than Bush advisors envisioned, and probably too low to significantly budge the price of gas.

The bill President Bush signed into law on Dec. 19, 2007, Breetz writes, bore little resemblance to what most analysts thought was achievable, or what anyone had wanted to begin with (including the industry it purportedly helped).

The Bush administration deserves more credit than greens generally give it for passing an incognito gas tax. Of course, it didn’t exactly work, but it’s still interesting to see how factions with shared interests pulled this proposal in opposite directions. This case study challenges the notion that democratic governments make deliberate, rational choices. Perhaps we should think of public policy as emergent phenomena, like the formation of geometric patterns in snowflakes and the movement of schools of fish. Maybe democracies plan their political fate only to the same degree that termites plan the architecture of their mounds. For this termite, spending his days scribbling away about what ought to be done, that idea is at once terrifying and liberating.