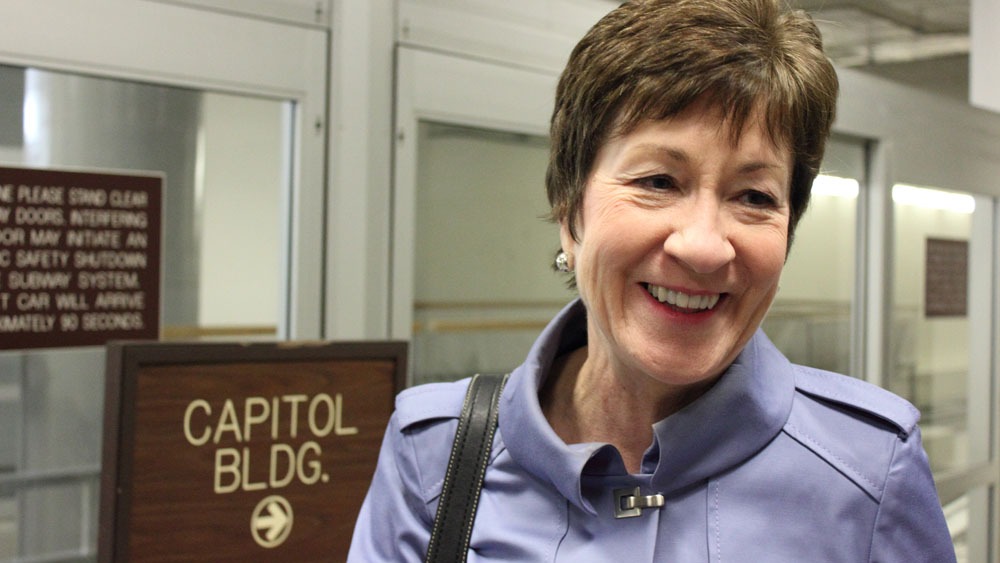 Since the 2008 election and the subsequent rise of the Tea Party movement, the Republican Party has moved far right on energy and environment issues. Politicians who once accepted climate science have decided that they actually don’t. Congressional Republicans have voted to cut funding for the EPA and its programs, to prevent federal agencies from studying climate change, and to revoke EPA authority to regulate greenhouse gases.

Environmental groups that want to demonstrate their bipartisanship haven’t been left with many Republicans to support. In this election cycle, Maine Sen. Susan Collins stands out. She unequivocally accepts climate science. In 2009, she cosponsored a “cap-and-dividend” bill to limit emissions with Sen. Maria Cantwell (D-Wash.). She is the only Senate Republican to vote against preventing EPA from regulating greenhouse gas emissions. The Environmental Defense Fund ran an ad earlier this year praising her for “confronting climate change.” The League of Conservation Voters endorsed her. Her lifetime environmental voting score from LCV is 67 percent. That’s low for someone the group has endorsed, but unusually high for a Republican.

But in Monday’s Senate debate in Maine, Collins may have given greens some reasons to doubt her commitment to their cause. The first question was how the candidates would bring down energy costs for consumers. Collins said that we should “increase the supply of natural gas” and renewables, and that “we should pursue the use of our locally grown wood.” Natural gas and wood are not necessarily any better for the climate than coal. Both release carbon when burned, and while they release less than coal, they can actually have higher emissions over the course of their whole life cycle, depending on how they are extracted. Collins then criticized her opponent, Democrat Shenna Bellows, for supporting a carbon tax, and demanded to know how much that would increase electricity prices.

At the end of the debate, Collins was given a chance to ask Bellows a question. She asked why Bellows did not back her proposal to delay and weaken EPA rules on mercury pollution from industrial boilers. Collins was setting up environmental protection as at odds with Maine’s economy, and making a point of saying she sides with the latter. Collins introduced that legislation as an amendment to a transportation bill in 2012. Here’s what the Natural Resources Defense Council had to say about it at the time:

The Collins amendment [would] nullify existing protections against mercury and toxic air pollution from incinerators and industrial boilers, then delay compliance with any new standards by a minimum of 3.5 years.

The amendment then allows indefinite compliance delays by prohibiting EPA from requiring compliance with new standards any “earlier than 5 years” after issuance, and then eliminating the Clean Air Act’s firm compliance deadlines. … For just the amendment’s minimum 3.5 year delay beyond current law, this will result in up to 28,350 more premature deaths, over 17,000 heart attacks, and more than 180,000 cases of asthma attacks.

Worst of all, the Collins amendment and H.R. 2250 eviscerate longstanding Clean Air Act provisions that require deep reductions in toxic air pollution from incinerators and industrial boilers. This prevents any meaningful replacement standards, permanently. Instead, the legislation would force EPA to adopt standards that are “least burdensome” to industry even if they are most burdensome to the public.

The Bellows campaign argues that their candidate is more pro-environment than Collins and that LCV was wrong to endorse Collins. They point to a long list of anti-environment actions, such as Collins’ multiple votes in favor of the Keystone XL pipeline, her effort to cut funding for energy efficiency from the 2009 Recovery Act, and a 2011 vote for a bill that the Sierra Club complained “would accelerate and expand offshore drilling.”

Bellows spokesperson Adam Sarvana wrote in an email, “As a Sept. 5 Bangor Daily News article outlined, Collins is ‘the only member of the Maine delegation not to declare support for the EPA’s [power plant emissions] proposal introduced in June.’ … Collins got the LCV endorsement despite a long record of sticking it to the environment. She’s graded on a curve, and it shows.”

LCV dismisses that analysis, and says it has no regrets over backing Collins. The group makes four arguments: Collins is good on climate change, that’s the most important issue by far, her overall environmental voting record is extraordinary for a Republican, and she is hardly unique among candidates it supports in having an imperfect record. “Sen. Collins has been a champion on environment and public health issues over many years,” says Tiernan Sittenfeld. “We don’t agree with every candidate we endorse on every issue.”

And not all issues are created equal. Climate change is the biggest threat to the environment, even to society as a whole, and it is cumulative. So LCV places far more emphasis on climate leadership than on stray votes in other areas. “Our top priority is defending EPA’s ability to cut carbon pollution under the Clean Air Act,” says Sittenfeld. Collins has repeatedly voted to protect EPA’s authority to regulate carbon, and while she hasn’t endorsed EPA’s current proposed regulations for CO2 emissions from power plants, she hasn’t opposed them either. (UPDATE: Collins did once vote to block EPA climate action, in 2010, arguing that “Congress, not the EPA, should decide how to regulate greenhouse gas emissions.”)

As for Collins’ advocacy for natural gas, while it is bad environmental policy, it puts her in the company of many Democrats who tout the virtues of domestic energy production, including President Obama and numerous LCV-backed candidates such as Sen. Mark Udall (D-Colo.). Support for reducing greenhouse gas emissions, the group reckons, will ultimately trump favoritism for any given fuel.

EDF’s explanation for its pro-Collins ad is much the same. “We don’t agree with Sen. Collins on every issue,” says Eric Pooley, senior vice president for strategy and communications at EDF, in an email. “Our ad recognized that she has taken some tough votes to protect the environment – against strong pressure from her own party. Building a bipartisan coalition for environmental progress means recognizing the value of leaders like Sen. Collins.” As with LCV, EDF is arguing in part that Collins is showing more fortitude because she is standing up to her own party. Both groups sort of imply that a Republican who supports climate action is more valuable than a Democrat who does. These are both credible positions, although it is hard to disagree with Sarvana’s contention that it amounts to grading on a curve.

The big question is whether Collins will be a reliable vote for climate action going forward. This week’s debate offered hints that could be interpreted either way. When asked whether anthropogenic climate change is happening, she unambiguously said yes. But her criticism of a carbon tax’s cost to citizens is worrisome. To reach the U.S.’s ultimate goal of reducing carbon emissions 80 percent from 1990 levels by 2050, Congress must pass a price on carbon that raises the cost of energy derived from fossil fuels. It could auction off carbon credits, as Collins and Cantwell proposed, but if Congress ends up moving forward with a carbon tax instead, any real friend of the environment would have to support it. As Bellows pointed out at the debate, you can rebate the tax revenue to low-income citizens so that they end up not with less money but with more of an incentive to conserve energy or to buy it from renewable sources.

And the Bellows campaign is not the only one who says Collins is a climate fraud. Back in March, Brad Johnson of the website Hill Heat argued, “Although Collins has expressed a desire for ‘limiting the worst effects of climate change,’ when the opportunity has come to display true climate leadership, she has supported her caucus instead more often than not.”

It’s worth bearing in mind that Collins is coasting to reelection. The polls show her ahead by an average of 30 points. From an environmental organization’s perspective, any added value of having Bellows in the Senate instead of Collins is moot if Bellows has no chance of winning. Supporting Collins helps curry favor with her, and also shows other Republicans that supporting climate action will be rewarded.

Over the next six years, we’ll see whether Collins rewards greens for their support, or if she figures they’re a cheap date. LCV is betting on the former. “It’s not just that she votes right most of the time and that she has to buck her party leadership to do so, but she has demonstrated leadership and commitment many times,” says Sittenfeld. “She is a friend and we stick with our friends.”