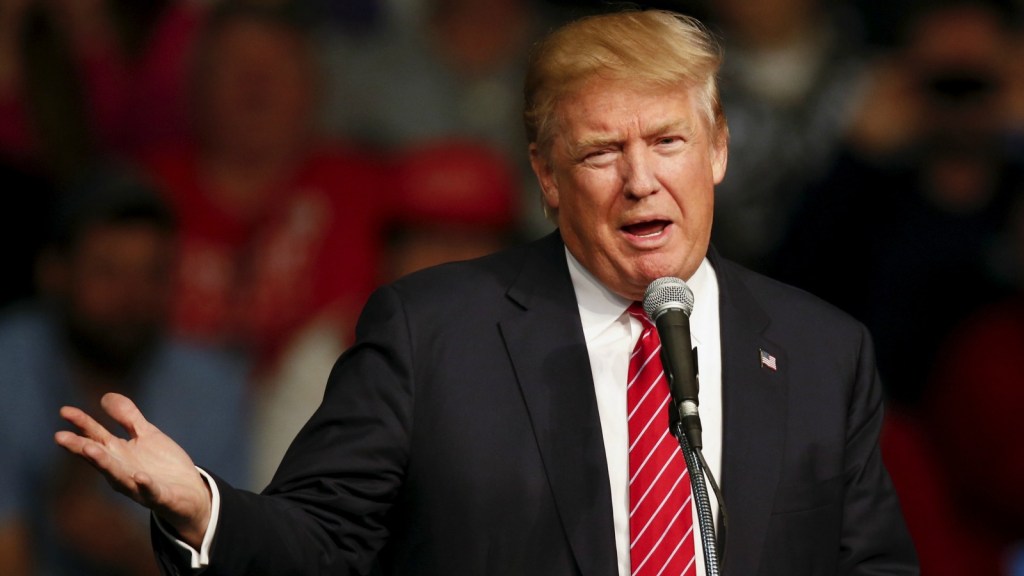 Bob Inglis is a rare kind of Republican. A former South Carolina congressman turned climate hawk, Inglis has dedicated his political retirement to convincing fellow conservatives that there’s no tension between accepting the reality of climate change and pushing for conservative policies.

For the past few election cycles, as executive director of the conservative pro-climate action group republicEN, Inglis has worked largely at the margins of his party, waiting for the GOP to “regroup and return to ourselves as conservatives who have solutions.”

This year, he hopes, might be the election that does it.

Like a handful of other Republicans this cycle, Inglis says he can’t vote for his party’s nominee “under any circumstance.” But on the issue closest to Inglis — climate change — he also says Donald Trump “might not necessarily be worse than where we’ve been.”

That’s despite Trump calling climate change a “con job,” a “canard,” a “hoax,” and “bullshit.” Over the course of the campaign, Trump has said he’s “not a big believer in manmade climate change” and that there “is still much that needs to be investigated in the field.” If elected, he promises to “cancel” the Paris climate agreement reached last year by nearly 190 nations.

Inglis thinks Trump’s kind of climate-change brush-off is easier to work with than other strains of denial in his party. One of these strains is what Inglis calls a “theological” objection to climate change science. So when Ted Cruz argues that “climate change is not science, it’s religion,” what he’s really arguing is: I can’t accept climate science, simply because I think it’s a different faith.

That type of denial is “a harder hurdle to overcome than Trump’s extremely situational ethic,” Inglis told Grist. “Donald Trump’s positions are based on what he has for breakfast. Tune in tomorrow, and he may not be saying it’s a hoax.”

Indeed, Trump keeps giving slightly different answers on the issue. In a written response to ScienceDebate.org released last week, Trump provided his most open-ended comment yet: “Perhaps we should be focused on developing energy sources and power production that alleviates the need for dependence on fossil fuels.”

Trump’s muddled thinking on the subject might present an opportunity for the GOP, Inglis argues, because he’s not bound by party orthodoxy on climate (or much of anything else). One day, Trump’s a birther; the next, he makes up a new lie. At times he offers support for local bans on fracking, then he reverses course. Last week, the candidate came out with a proposal for paid maternity leave plan and childcare tax breaks — a proposal similar to one that sent the GOP into fits of apoplexy when it came from President Obama. Trump has repudiated decades of GOP immigration policy in favor of openly discrimination and restrictionism.

Every time Trump has gone off script, he has prompted a debate within and outside the GOP about where the party stands. Although he has put forward energy policies that look nearly identical to what other candidates, including Mitt Romney, have offered in the past, Trump’s candidacy is more likely to give reasonable Republicans pause, even on climate change. At least that’s what Inglis hopes.

“There are going to be people in the Republican party who have become increasingly embarrassed by those crazy tweets,” Inglis said, citing that one where Trump calls climate change a Chinese hoax.

We won’t know until the election is over how the GOP recalibrates, if at all, on its excuses to ignore climate change. Trump has made enemies of plenty of conservative environmentalists who might not share Inglis’ optimism. Last month, for instance, two former EPA administrators who served under Republicans Richard Nixon and George H.W. Bush endorsed Hillary Clinton, saying Trump has shown “a profound ignorance of science and of the public health issues embodied in our environmental laws.”

But it’s not Trump’s specific environmental policies — such as they are — that have inspired this backlash. It’s the racism and vitriol he has inspired in this campaign, along with the fact that he frequently disregards important things like the Constitution, that set off alarm bells for never-Trumpers like Inglis. On climate, Trump is doing what any standard-issue Republican nominee would promise: a complete reversal of any progress made during President Obama’s two terms.

What Inglis is waiting for is a candidate who is willing to say of climate change: “Of course free enterprise can fix this.” (His policy of choice is a revenue-neutral carbon tax). Inglis hasn’t decided who to vote for come November, after his first pick, Ohio Gov. John Kasich, lost to Trump in the primary

He might be waiting for quite a while to see his preferred kind of candidate emerge from the GOP pack: “I acknowledge I’m making lemonade out of the box of lemons in the party.”