Trump’s economic plan: Free your miners and the jobs will follow 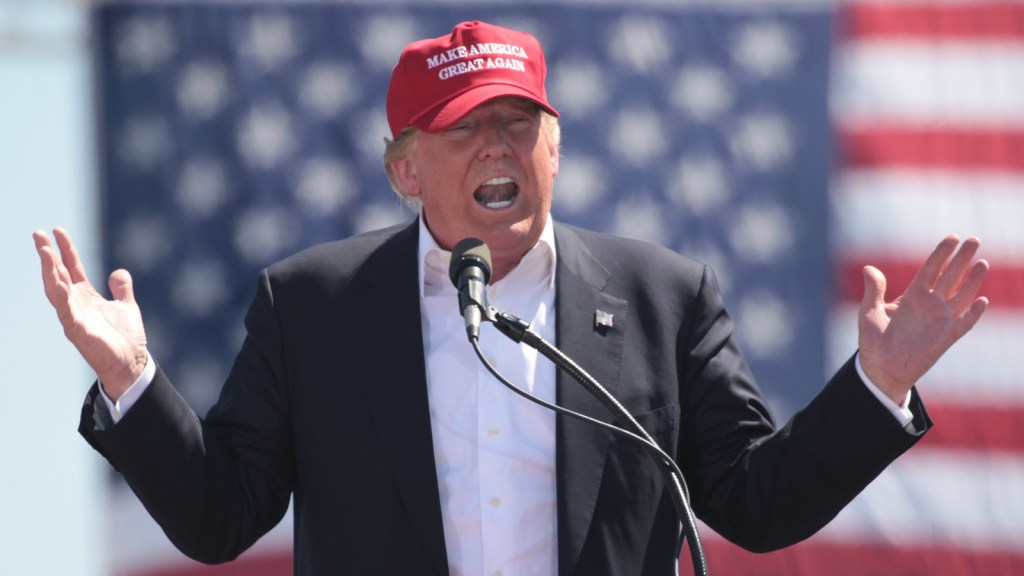 Gage Skidmore
Why oh why must it be this way?

Trump’s economic plan: Free your miners and the jobs will follow

For what appears to be the third time, Donald Trump has announced a plan to grow the economy through tax cuts, fossil fuel extraction, and elimination of environmental and public health regulations. And, just like the first and second times, the plan is vague, radically right-wing, and filled with false promises.

Here’s some of what he pledges to do on the environment and energy:

– Repeal the EPA’s Clean Power Plan, which is intended to limit and gradually reduce carbon emissions. Trump notes that EPA projects the rule will cost $7.2 billion annually, but he completely ignores the projected benefits of $34 billion to $54 billion per year by 2030. Those benefits are expected to result from the plan preventing up to 3,600 premature deaths, 90,000 asthma attacks, and 300,000 missed days of work and school a year by the time it’s fully implemented. Trump falsely claims that the rule “will shut down most, if not all, coal-powered electricity plans in America.” But in fact EPA estimates that more than half of our current coal capacity will still be online when the rule’s initial period ends in 2030.

– Repeal the EPA’s already too-weak standard for ground-level ozone. Trump again cites only its costs without factoring in the economic benefits of lower health-care outlays and fewer days of missed work and school. EPA’s cost-benefit analysis shows the ozone rule has benefits $2.9 billion to $5.9 billion, versus the costs Trump cites $1.4 billion.

– Repeal the EPA’s “Waters of the United States” rule, so that developers can endanger watersheds by building fertilizer-heavy golf courses anywhere they want, and the oil and agriculture industries can have a freer hand, too.

– Open public lands and waters to fossil fuel extraction. Trump’s plan states, “We will support coal production. We will support safe hydraulic fracturing. We will allow energy production on federal lands in appropriate areas. We will also open up vast areas of our offshore energy resources for safe production.”

– Fast-track “energy infrastructure projects,” which would include things like the controversial Dakota Access pipeline and the rejected Keystone XL proposal.

Trump argues that rolling back energy-related rules would unleash huge economic benefits, including more than $100 billion per year in growth and over 500,000 new jobs annually. The Trump campaign did not provide a source for these claims, nor did it respond to Grist’s query on the subject. But the numbers appear to be based on a study conducted by a Koch brothers–backed pro–fossil fuel group, the Institute for Energy Research, which doesn’t account for the costs of pollution or the economic activity generated by the solar and wind industries.

Perhaps the weirdest item in the plan is a call to rein in the “FDA Food Police” by eliminating food-safety rules and ending “inspection overkill.” You might think that Trump, a famous fast food fan, would be a little more concerned about food poisoning.