This really is a climate change election 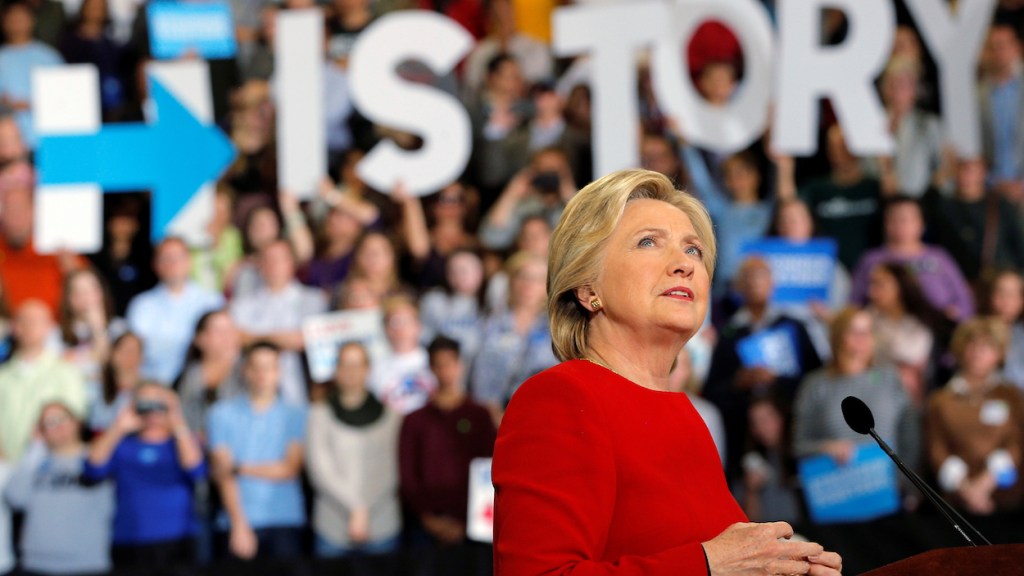 This really is a climate change election

If you only paid attention to the really big moments in this year’s presidential election — the debates and the conventions and the Access Hollywood video scandals — then you might have missed that climate change actually played a big role in 2016.

No, this was not the climate change election we expected (nor the kind of debate anyone who recognizes it as a problem was hoping to see). It’s not what I predicted a year or so ago, when I anticipated both more attention to climate and more backlash — if only because President Obama had put the issue on the agenda himself.

There was a climate deal signed by nearly 200 countries, a Clean Power Plan case making its way through the federal courts, and an uncertain future ahead for coal country. Hillary Clinton seemed ready to give climate a more pivotal role than Obama in either 2008 or 2012 (her campaign chair said as much), while on the Republican side you had candidates like Jeb Bush and John Kasich who were coming around on the science behind climate change (if not quite ready to propose anything resembling actual climate action).

Reality played out quite differently, of course. But even in a year more often than not focused on a clash of personalities and voter dissatisfaction with the economic status quo, this election was a story of successful activism and substantive debate, and even showed that climate can play a role as a voter-turnout issue. Here’s how climate change broke through in 2016.

Climate was big in the primaries

Polls consistently show that although a large portion of the population cares about climate change, it’s not among their top or most immediate concerns. “Voters tend to focus more on near-term threats,” Democratic pollster Geoff Garin, who has worked with Hillary Clinton and NextGen Climate, told Grist this summer. “The time horizon on climate change is a little longer than that.”

So even before this year’s primaries began, climate activists knew that they needed to find a way to elevate the issue on the campaign trail and in voters’ minds. They started early. The climate advocacy group 350.org sent hundreds of volunteers to more than 100 primary campaign events around the country, joined later by Greenpeace.

These activists birddogged Clinton in early states like Iowa and New Hampshire, and later, with a more settled strategy in place, they turned to the bigger primaries like Pennsylvania and New York. At about 80 percent of Clinton’s campaign events, they took some kind of action; some of it was gimmicky, like posing with Clinton for a photo to call her out on her silence on Keystone XL.

But their most useful work took place on the rope-line, where activists often asked Clinton or a surrogate a pointed question about her climate policies, catching the whole thing on camera. Even when these mostly young activists didn’t get an answer, you started to see the issues they were pushing become bigger flashpoints, especially as they moved beyond Keystone XL to Clinton’s positions on fracking and offshore drilling.

Clinton herself, as we learned from the WikiLeaks dump, took notice of these activists, with some annoyance: “They come to my rallies and they yell at me and, you know, all the rest of it. They say, ‘Will you promise never to take any fossil fuels out of the earth ever again?’ No. I won’t promise that. Get a life, you know.”

This early advocacy helped set a narrative about Clinton’s climate positions, one that Bernie Sanders eagerly took up after his rise in the polls. It helped to flesh out some of Clinton’s positions for limiting fossil fuels on public lands and her ties to Wall Street.

After it was clear Sanders would lose the nomination, he managed to insert the strongest platform language we’ve ever seen the Democratic Party formally adopt on climate change. It included an endorsement for “every tool available to reduce emissions now,” including a carbon tax. And it called for ensuring that infrastructure projects and federal actions “don’t ‘significantly exacerbate’ global warming.” The platform fight reflected Sanders’ and his climate supporters’ newfound strength.

In the general election, approaching Clinton became much harder, and the same activist groups that effectively birddogged her have shifted to planning protests around another issue that could haunt the next presidency: the Dakota Access Pipeline.

It played a role in the late-game strategy

Climate activists were at the top of their game in the primaries, but even in the general election, when climate faded from the forefront, it still played a strong role in the campaign. Climate provided Clinton an opportunity to draw a contrast to Trump and stress her liberal bonafides after Sanders’ strong primary challenge.

We saw Al Gore stump with Clinton last month in Florida, where they drew a clear contrast with Donald “It’s all a Chinese hoax” Trump on climate change. It was pretty much unprecedented that a campaign wanted to draw so much attention to climate and energy issues so late in the campaign. Until this year, Democrats operated under the logic that they had to ignore climate change to appease coal country workers.

Though the debates utterly ignored climate change, Clinton sought out opportunities to name-drop it and call out her policy positions. It was the very opposite of how Obama performed in 2012, when he wouldn’t even utter the words “climate change,” showing again how it was an issue her campaign thought could resonate.

Steyer’s group has spent nearly $70 million this cycle, according to October filings. NextGen has been particularly focused on turning out some of the most fickle climate voters: college students. His group has organized events, concerts, and even tailgate parties to drive the type of voter who is more likely to care about climate change to the polls.

Climate voters are changing and growing

Even though climate’s presence in the general election campaign remained on the stealthy side in 2016, it remains poised for a big breakout, according to polls of the electorate.

Scientific acceptance of climate change has been climbing for the past few years. According to a spring report from the Yale Program on Climate Change Communications, it’s at 73 percent, nearly a long-term high.

For more liberal-leaning Republicans, acceptance of climate science is up by 10 percent in the past two years. Conservative Republicans have seen the biggest jump, at 19 percent.

“When a candidate is identified as a science denier, that means a lot to a lot of voters,” Garin says. “Climate change says loudly and clearly to voters whether a candidate thinks seriously about the future, and this view … transcends individual questions of policy.”

It’s still true that conservative candidates don’t pay a price for climate denial — certainly not in the primaries, anyway. But there’s mounting evidence that in a more traditional general election race than we saw in 2016, it can matter. And that will likely only grow more true as the impacts of climate change become more immediate and apparent.

In other words: In a changing political climate, denial is a losing long-term strategy.