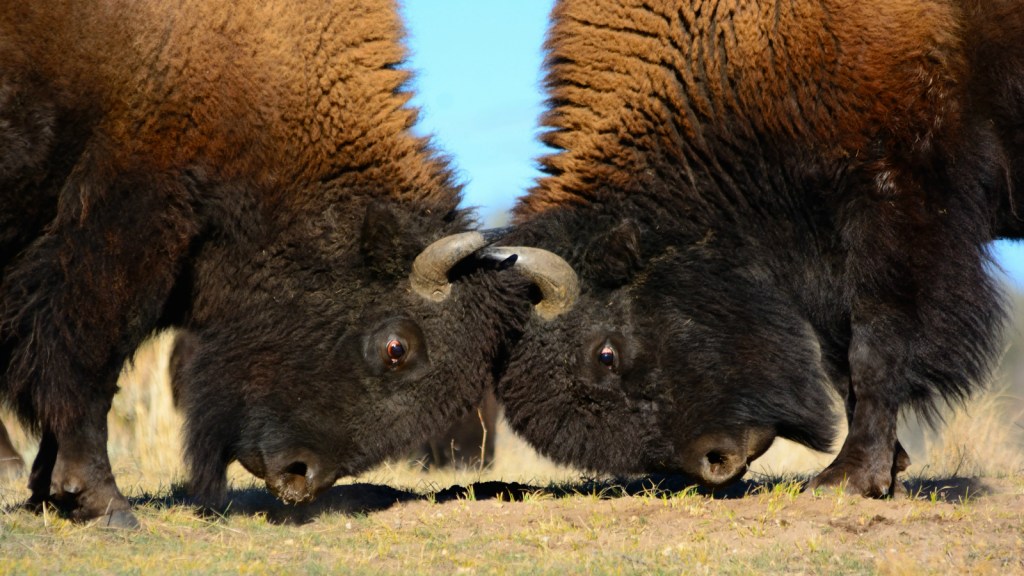 Voters in a progressive Pacific Northwestern state could approve the nation’s first carbon tax next week, providing a much-sought victory to proponents of legislative climate action — and possibly a model for the rest of the country.

And yet the ballot measure is at equal risk of failing spectacularly. Not because of the usual oil and coal industry foes, or even because it includes the dreaded t-word. No, the biggest obstacle in its way: other environmentalists.

An unlikely array of local and national organizations have come out against — or declined to support — Washington state’s carbon tax initiative, which will appear on the ballot as I-732. Their concerns: That a revenue-neutral carbon tax wouldn’t raise money for investing in clean energy and communities, and that people of color didn’t get a fair say in crafting the policy.

Although the split became public last year, it’s only been in the last few months that a barrage of organizations have proclaimed their opposition. Washington Conservation Voters called the measure “flawed,” while Sierra Club Washington noted its members have “deep concerns.”

Infighting is not uncommon in the environmental movement, which actually represents a fairly large and loose coalition of diverse local, state, and national interests. But the carbon tax battle in Washington state appears to stem from a recent and fundamental shift: Following the lead of more community-minded activists, the nation’s most powerful environmental groups are attempting to change their emphasis from a largely white perspective to one that is more diverse and equitable. And that means a new approach to issues like climate legislation.


“We have to find a different climate movement going forward.”
Gregg Small, Climate Solutions executive director
Many of those groups have come to the realization in recent years that they can’t fight climate change without including a broader range of people in their solutions. Attempts to remake policy so it is equitable and impactful has resulted in two main visions for how to approach climate action.

The tension between a narrowly focused environmental campaign and a newer approach that involves more consensus around a broader progressive agenda has been simmering for a long time. With I-732, it’s broken out into the open.

False starts have plagued the climate movement for years. The failed 2009 Waxman-Markey bill, which would have capped carbon emissions and created a national market for trading credits (hence the name “cap and trade”), sent the movement into existential soul-searching.

Since then, Congress has only become more hostile to climate action, meaning any successes have largely come at the state level or inside the White House. As Republicans at the national level have been less and less involved in a serious fight against climate change, the solutions have evolved without them.

Progressive states including California, New York, and yes, Washington have recently made significant strides on climate policy. Part of the movement’s post-Waxman-Markey strategy was to broaden the base of support for climate policy beyond a very white core — not by appealing to increasingly intransigent conservatives, but by listening to the people representing low-income communities and communities of color, which are disproportionately impacted by pollution and climate change.

“It isn’t just about reducing emissions,” said Green for All’s Vien Truong, who works on climate justice policy initiatives in California and other states. “It is that, but we have to move forward.” This includes bringing people to the movement who “feel the pinch of climate change” most.

Gregg Small of the Washington-based Climate Solutions noted that the cap-and-trade bill’s failure was a teaching moment. “We have to find a different climate movement going forward,” he said. “The climate community can’t do it on their own.”

Despite the recognition by many environmentalists that a new, more inclusive approach was needed, it was a divided effort that helped set the stage for the current battle in Washington state.

Two years ago, a new-school coalition of social justice and environmental groups that became the Alliance for Jobs and Clean Energy began working on a climate action proposal, gathering extensive input from community organizations.

But a smaller, grassroots-based climate group, known as Carbon Washington, got its carbon tax proposal on the ballot first. I-732 would phase in next year, tax carbon emissions at $25 per metric ton in 2018, and gradually ramp up over 40 years to $100.

What’s troubling some opponents is where that money would go: cutting the state’s sales tax by 1 percent, cutting taxes for manufacturers, and providing tax rebates to more than 400,000 low-income households. That’s allowed I-732 proponents to try to appeal to conservatives by calling it revenue neutral, but it doesn’t sit well with the Alliance-affiliated enviros.

Their four-page alternative proposal is murky on the details, though: It calls for a carbon “fee” that would redirect the revenue collected toward clean energy efforts, water quality improvement, and helping disadvantaged communities. It doesn’t cut taxes, and unlike 732, it establishes an absolute, though unknown cap on carbon emitted. The actual tax on polluters starts at $15 per metric ton, but is unclear on how it would ramp up over time. It promises some “compliance flexibility” for polluters, yet doesn’t say what that entails.

Small, a chair of the Alliance, said his group was ready to put its proposal on the 2016 ballot, but pulled its plans when 732 gained the signatures needed. Two competing ballot measures would likely have meant success for neither.

Carbon Washington met with the Alliance to figure out a compromise, but moved ahead without the full blessing of the organizations that had fought hard to bridge justice and environmental concerns. In return, there are now a slew of environmental and social justice groups slamming I-732 for not doing enough to fight climate change, not managing to be revenue-neutral, and failing on equity.

Bauman says that if his group’s measure passes, small tweaks and improvements could be made by the state legislature. But opponents say that a flawed model is not a good place to start from.

“Perfect shouldn’t be the goal,” Bauman argues. “I think folks who care about climate change need to support action on climate change. We don’t have many opportunities to take a swing at the ball, and there are serious questions about how many more years we want to wait.”

I-732 does have its share of supporters. Actor and activist Leonardo DiCaprio, 28 environmental and energy-focused groups (including the Audubon Society’s state chapter), and dozens of Republican and Democratic lawmakers and economists have endorsed it. All this has lead to one very fractured environmental community.

The Seattle-based sustainability think tank Sightline Institute is neutral on 732, but still manages a good summary of the pro-side’s position in a lengthy analysis weighing the pros and cons: “Initiative 732 does exactly what the scientists and economists prescribe: it sets a science-based, steadily rising price on pollution,” Sightline writes. “The citizens’ initiative covers most of the state’s climate pollution, makes the tax code more progressive, and is administratively elegant.” Based on a Washington Office of Financial Management projection, the 732 carbon tax would raise $2 billion in fiscal year 2019 (4 percent of the state’s annual budget), which would go back to taxpayers in various forms.

Critics, however, remain convinced that 732 it doesn’t do enough to fight climate change, nor does it address justice concerns. They also felt shut out of the process.


“I think folks who care about climate change need to support action on climate change.”
Yoram Bauman, Carbon Washington founder
“We’ve got to get it done right the first time,” said Small, who was careful to make it clear that Climate Solutions is not opposed to I-732. “Effective carbon pricing needs to really do three things: It needs to put a meaningful price on carbon to drive down pollution; it needs to invest the money generated in clean energy solutions; and it should invest in those affected by climate change.”

A coalition of environmental justice organizations penned an open letter to the Sightline Institute, saying they took issue with the group’s analysis, arguing that it serves to “denigrate our perspective and profess to speak for the interests of our communities without our consultation or knowledge.”

“People who can actually begin to be part of the solution were hoping to be part of this clean energy future,” Green for All’s Truong said. “And this carbon tax essentially shut that effort down.”

Perhaps the most unexpected argument is that the tax won’t do the intended job of cutting emissions. Food and Water Watch issued a report claiming that the model for 732, a British Columbia carbon tax, “fails to demonstrate that it has reduced carbon emissions, fossil fuel consumption, or vehicle travel, as it purported to do.”

Technically, it would be possible to alter 732 in the legislature down the line if voters approve it in November, but it’s politically unfeasible. Some environmentalists would prefer to work with what they have if it passes, but in a few cases, the critics would rather see no tax at all. Seattle public radio station KUOW asked Alliance member and OneAmerica activist Ellicott Dandy if she would regret her position against I-732 if no other carbon tax ever passed.

The latest polling shows a close vote. In an early October poll, 21 percent of voters were undecided. In a late-October poll from KOMO News/Strategies 360, that number is even higher, with 28 percent unsure how they will cast their ballot. How the undecideds break makes all the difference for an initiative leading with just 40 percent of the electorate, and 32 percent opposed.

If 732 fails, the lessons for environmentalists will be clear: An approach designed to appeal to more conservative sensibilities — tax cuts, revenue neutral — isn’t going to help them bring in new voices on the left, who want to be heard and play a guiding role in the process.

“Carbon pricing is incredibly difficult and maybe impossible if people don’t come together,” Small said. “Other states will face similar types of dynamics here on the policy and strategy. I hope people learn from the painful lesson we have in Washington to, you know, work it out.”