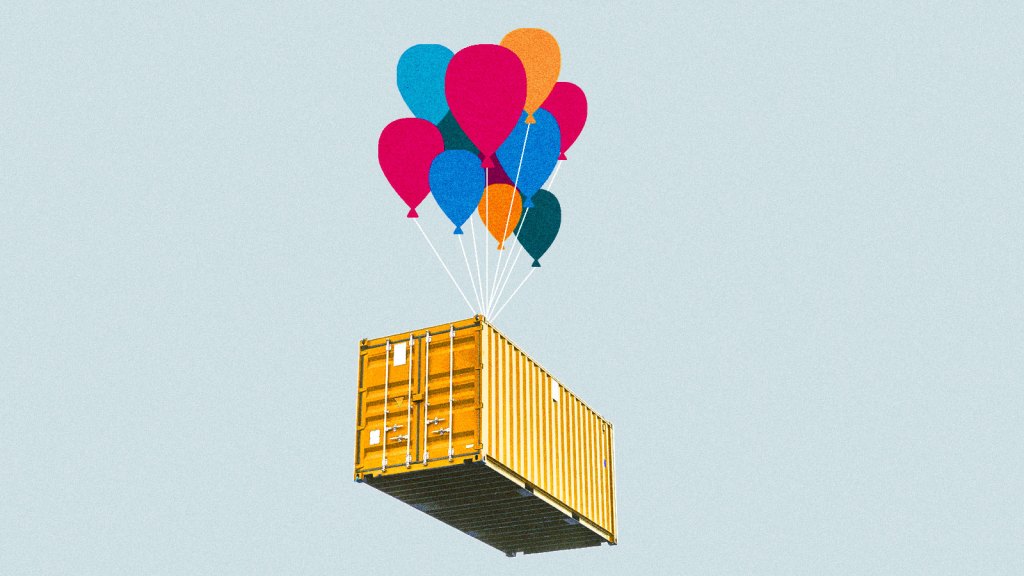 Molecules of carbon dioxide, methane, and other greenhouse gases are pouring into the atmosphere and heating up the planet, and time is of the essence to turn off the tap. But though there are proven ways to cut the emissions out of much of modern life — namely, electrifying vehicles and buildings and powering them with renewables like wind and solar — the hard truth is that there’s still an uncomfortable number of 21st century pursuits that can’t easily be electrified.

Experts refer to shipping, flying, long-haul trucking, and manufacturing materials like steel and cement as “difficult to decarbonize.” Each of these industries has unique challenges, but across the board it’s not yet technologically or economically feasible for them to use cleaner sources of energy than fossil fuels. And clean energy isn’t the only hurdle. Making steel and cement also emits carbon dioxide as a byproduct of chemical reactions, called “process emissions.”

These five industries, plus chemicals and aluminum, are responsible for about 30 percent of global carbon emissions. But difficult to decarbonize is not impossible to decarbonize, and now a new initiative called the Mission Possible Partnership is bringing together the leading companies in each of these industries to put their heads together and figure it out.

“These seven sectors alone will bust through the carbon budget for the whole world by 2030 if they don’t significantly change trajectory,” said Paul Bodnar, managing director of the Rocky Mountain Institute, a clean energy research and advocacy nonprofit, which is one of four organizations behind the partnership.

Bodnar served in the Obama administration as senior director for energy and climate change at the National Security Council and helped negotiate the Paris Agreement. But as much as he loves the Paris Agreement, Bodnar said that having every country make individual climate plans doesn’t automatically translate to action on the part of global industries. To some extent, he said, national-level policies have given these industries permission to sit on their hands until they’re told what to do.

But now there’s added pressure from the financial sector. Banks have begun setting their own climate goals, and they’re going to start asking questions about how the steelmakers and airlines they finance plan to reduce their emissions before doing more business with them. Banks are a part of the Mission Possible plan, too: Within each of the seven industries, the initiative will put together working groups composed of leading companies and their suppliers, customers, financial backers, and relevant government representatives. The goal is to get all the parties to agree on and commit to a vision for how the industry will decarbonize by 2050, with five-year interim targets in the meantime.

Bodnar said the initiative hopes to have at least some of these roadmaps prepared for the United Nations climate conference scheduled for November in order to show the world what it looks like for an industry to go beyond corporate pledges and actually agree on standards. “This is super hard work,” he said. “I describe this as the double black diamond of climate action.”

There are already scientists and companies working on solutions across each of these industries. For example, some commercial aircrafts are starting to use “sustainable aviation fuel” made of waste products like cooking oil and animal fat, which is expensive and not emissions-free, but emits less than petroleum-based fuel across its life cycle.

For steel and cement plants, one company is experimenting with using solar mirrors to generate heat for the furnaces that would typically be generated by burning fossil fuels. Steven Davis, an associate professor of earth system sciences at the University of California-Irvine, said that a relatively easy way to cut the additional process emissions is to install technology to capture the carbon from the plant before it enters the atmosphere and then sequester it underground.

“I say ‘easy’ not because that’s cheap, or even technologically tractable, but rather because it’s something we know we could do in principle,” he said. Carbon capture and sequestration is an energy-intensive process, and since captured carbon isn’t worth much, it’s hard to make the economics work. There is one steel factory in the United Arab Emirates that has successfully installed carbon capture technology — however, the CO2 is piped to an oil field and used to pump more oil out of the ground.

Another way to get around the process emissions for steel and cement is to change the way we produce them. In steelmaking, those emissions come from the use of coal as an ingredient, but Davis said researchers have made strides to replace coal with hydrogen, which only releases water as a byproduct. Companies are experimenting with other kinds of ingredient substitutions and process changes for cement. Changing up the formula like this is risky, since steel and cement underpin the built environment. “We don’t really want to play around with the recipe and then see a building fall down,” said Davis, adding that demonstration projects are key.

There’s a lot of room for progress, and government investments in research and development could help to accelerate solutions and bring their costs down. But some of these industries are harder to decarbonize than others, and experts expect there to be residual emissions from some, if not all, of them by 2050. One reason is that assets like steel plants have decades-long lifetimes, and so it will be hard to pivot the industry to cleaner facilities quickly. The Mission Possible Partnership asks each industry to game out how it will reduce its net emissions to zero by 2050, which means the roadmaps will likely include some use of methods to remove carbon dioxide directly from the air and permanently sequester it, in order to balance out any remaining climate pollution. But that’s a whole other technological and economic challenge — carbon dioxide removal, or CDR, methods are incredibly nascent, too.

“There aren’t enough quality ‘tons’ out there today for even a handful of companies,” said energy economist Danny Cullenward, referring to tons of carbon dioxide that could be credibly removed from the atmosphere using existing techniques. “Scaling more options is a huge need.” Cullenward is the policy director of Carbon Plan, a nonprofit that aims to improve transparency around carbon removal techniques.

At the same time, there are land, energy, and social justice constraints to the scale of carbon removal technologies the world can or should ultimately deploy. Without pushing hard-to-decarbonize industries to show how they plan to reduce their emissions now, decades could pass before any progress is made. They could all end up banking on using a lot more carbon removal, which may not even be feasible.

“We want to get to the point where we have emissions as low as we possibly can,” said Davis. “And then we’ll look to take up the slack with some of those CDR methods.”