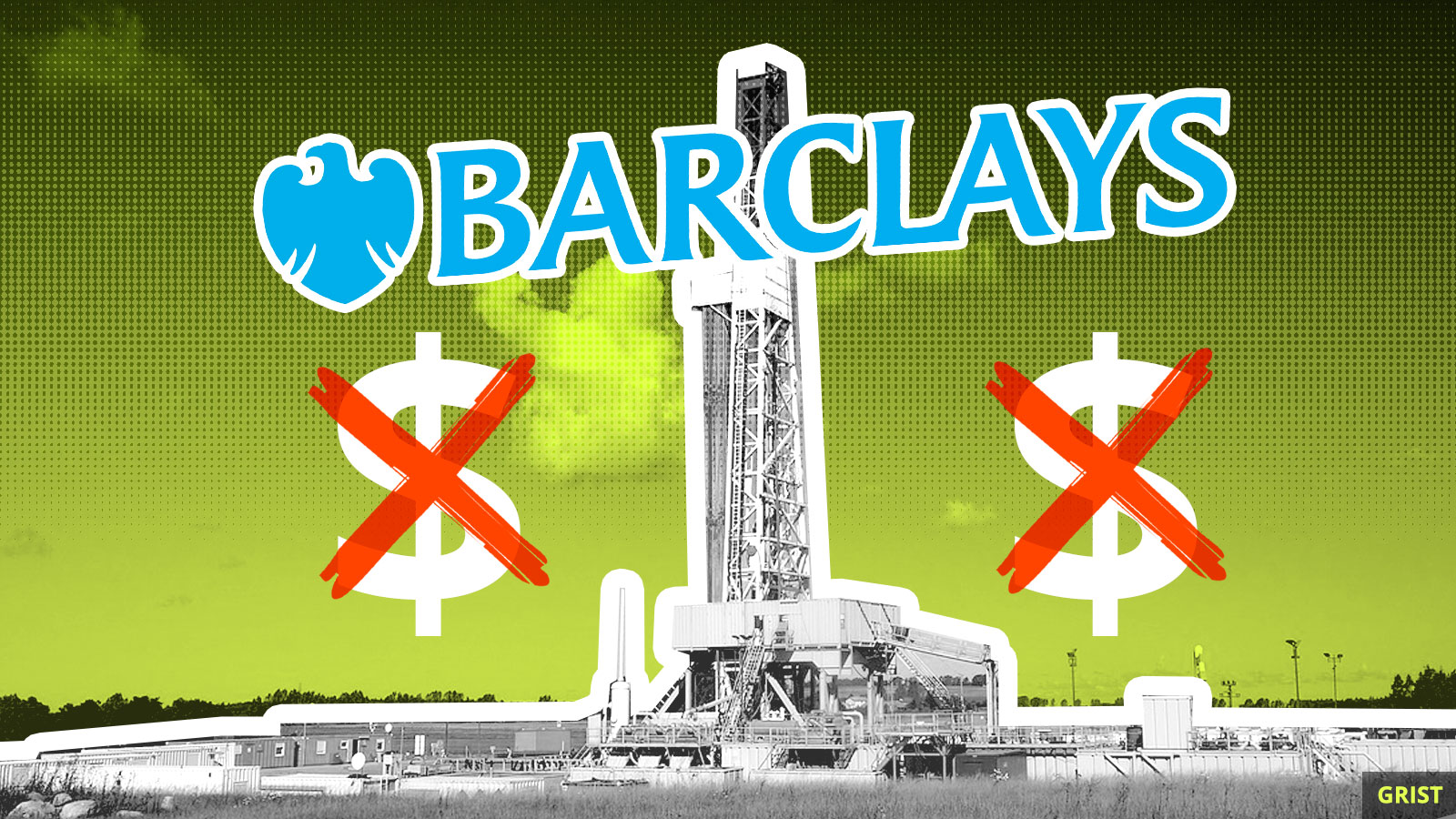 The bank, headquartered in London, has been criticized for having a weaker climate policy than some of its European rivals. Since the Paris Agreement was signed in 2016, Barclays has provided more than $118 billion to fossil fuel companies and carbon-intensive projects like Canadian tar-sand mining and Arctic oil and gas drilling, according to the Rainforest Action Network. Now, it has vowed to align its financial activities with the goals of the Paris accord, beginning with the energy and power sectors.

Barclays’ announcement follows other recent climate commitments from the finance world. BlackRock CEO Larry Fink announced in January that his company would start placing climate change at the center of its investment approach and would consider sustainability as a factor in risk management. Since BlackRock’s announcement, JPMorgan Chase, Goldman Sachs, and UBS have also announced new climate goals.

Barclays’ new commitments will be put to a shareholder vote at its annual general meeting in May. ShareAction, the activist investor group that spearheaded the campaign to get the bank to phase out fossil fuel lending, said the new targets are a “milestone announcement.”

A landmark United Nations climate conference — planned to be held in Glasgow, Scotland, in November — will be delayed due to the coronavirus pandemic. At the COP26 meeting, countries were expected to present updated emissions targets; the world is currently far off-track to meet the goals set in the 2016 Paris Agreement.

Fossil fuel executives will meet with President Trump at the White House on Friday to discuss the precipitous fall in oil prices. The coronavirus pandemic and a price war between Saudi Arabia and Russia is putting pressure on companies like Chevron and Exxon. Trump has hinted that he may seek federal funds to bail out the struggling industry.

Japan has released its updated climate targets, and they’re a huge disappointment. The third-largest economy in the world has promised to cut carbon emissions by 26 percent by 2030, compared to 2013 levels. Experts say that major emitters need to commit to much stricter reductions to avoid catastrophic global warming.

Plenty of fish in the Seychelles