How New York is trying to build lots of renewables, fast 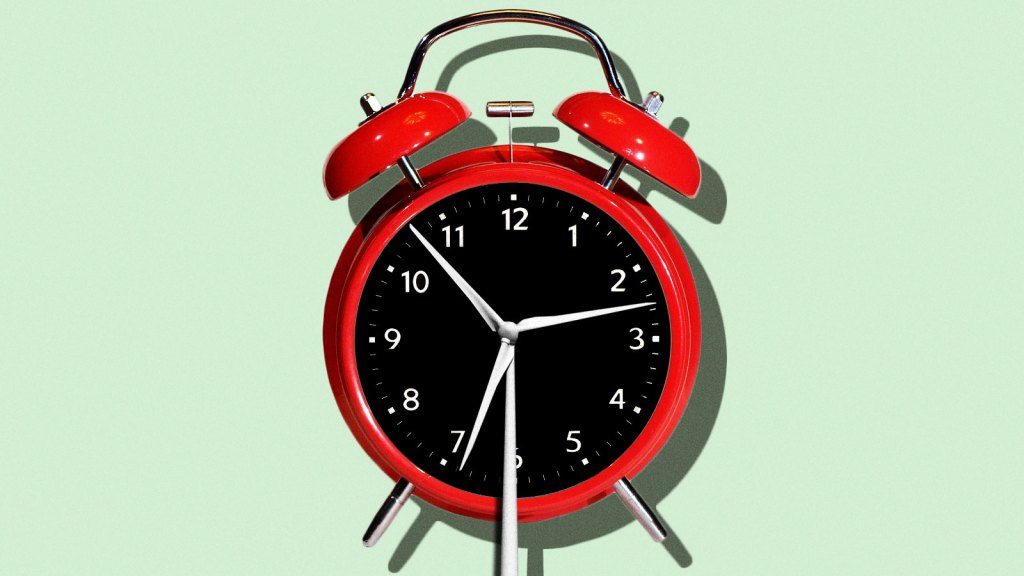 How New York is trying to build lots of renewables, fast

President-elect Joe Biden will face myriad hurdles, many of them political, in fulfilling his campaign promise of steering the U.S. toward 100 percent clean electricity by 2035. But setting aside the challenge of getting climate legislation through a potentially divided Congress, the goal implies an additional miracle will occur — the construction of lots and lots of infrastructure, very fast.

Getting permission to build skyscraper-sized wind turbines or football fields worth of solar panels and connect them to the power grid can be an arduous process, involving studies, environmental reviews, and approvals from various agencies, not to mention navigating local laws and community opposition. New York state, which is required under an ambitious climate law passed last year to procure 70 percent of its electricity from renewable sources by 2030, is trying to figure out how to speed all of this up without sacrificing environmental protection or trampling over local control. While New York is still early in this process, its experience may offer lessons that the Biden administration, and other state governments, can take cues from in the future.

In April, New York passed legislation intended to accelerate wind and solar development by streamlining the permitting process through a new Office of Renewable Energy Siting. This was its second attempt to do so — in 2011, the state legislature passed the Power New York Act, which was also supposed to simplify the regulatory process for renewable energy.

But even after the 2011 law went into effect, obtaining a permit for a new utility-scale project still took between 5 and 10 years, according to Anne Reynolds, the executive director of the New York Alliance for Clean Energy, a coalition of clean energy businesses and nonprofits. She said the process lacked standardization — every project proceeded as if the state had never permitted a wind or solar facility before. It was overseen by a board made up of people from multiple agencies who were hard to get into the same room and often disagreed with one another. It didn’t accommodate quickly-advancing technologies — if, for example, a developer wanted to switch to new, larger wind turbines midway through the process, altering its permit took forever.

“It was terrible, really,” Reynolds said. “There were plenty of projects that died because it took too long.”

Developers also faced well-organized opposition, particularly from residents of rural, upstate areas who worried about noise pollution and risks to wildlife, or felt solar panels and wind turbines would ruin the scenery and decrease property values. These claims were sometimes accompanied by resentment that projects were being built to satisfy the energy demands of the more populous downstate region and New York City. Some towns passed temporary moratoriums on wind and solar farms. Between 2011 and 2018, only two utility-scale projects were certified by the state approval board out of 42 that began the process (three withdrew their applications).

The New York Association of Towns, which represents town officials, opposed the new legislation because it allows projects to proceed without following certain local laws or ordinances if the state siting office finds those laws to be “unreasonably burdensome” in light of the state’s energy targets. Sarah Brancatella, legal director for the association, said local governments have not been obstructionists to renewable energy development.

“We’re not clamoring for coal to come back,” said Brancatella. “These are large-scale projects, they are going to have a significant impact on the community where they’re sited, and it’s just about having those who actually live in the area have a meaningful say in the process.” Moving forward, the association would like to see the Office of Renewable Energy Siting articulate a clearer standard for what “unduly burdensome” means so that local legislators understand which kinds of laws would be preempted.

The new Office of Renewable Energy Siting is responsible for developing uniform regulations and standards that all large-scale renewable energy projects will be subject to. In September, it released a draft of those standards, with criteria developers will have to meet for things like noise, species protection, wetland protection, and minimum distances between renewable infrastructure and property lines and roads. Previously, conditions for each of these were decided on a case-by-case basis.

The standards will reduce uncertainty for developers, but Reynolds thinks they’ll also give communities more clarity about what to expect. In the past, she said, residents would ask how loud a proposed wind farm was going to be, and the developer wouldn’t be able to answer, because it was going to be decided later on through the permitting process. “And then it just didn’t go well from there,” she said, “because the community members would be like, ‘They’re not even telling us how loud it will be.’ And then four years would go by and everyone would hate each other, and then you’d get a permit.”

This month, the siting office is hosting a series of public meetings to take feedback on the new standards, and community fears — many of which are based in misinformation — are on full display. At a virtual public hearing for the Buffalo area, one resident worried about eminent domain. But the proposed regulations specifically say that renewable generators will not be entitled to eminent domain. Another attendee posited that building renewable energy upstate would not serve to reduce statewide emissions due to transmission constraints that would prevent it from being utilized for at least 10 years. Reynolds acknowledged there were constraints in the grid, and that there might be a few times a year when all of the power generated by new projects doesn’t get used, but said the claim was exaggerated.

“That’s not a reason not to build renewables; it’s a reason to invest in the transmission system,” said Reynolds, “which the state of New York is doing on a parallel track pretty aggressively as well.” The New York Public Service Commission, the state agency that regulates utilities, recently adopted new rules to speed up the development of transmission lines, and approved a transmission project to be developed by the New York Power Authority that it says will unlock 950 to 1,050 megawatts of clean energy.

Another question raised in the Office of Renewable Energy Siting’s public meetings was why the state needed to put projects in rural areas when there were plenty of brownfield sites available. (A brownfield is a site that had been previously developed.) New York is prioritizing development of these sites through a new “Build-Ready” program established through the April legislation, but Reynolds said there aren’t enough to meet its target. Many brownfields are in urban centers and aren’t ideal for energy development. “You wouldn’t want to cover half the city of Buffalo with solar panels — you’d want to redevelop it with affordable housing and businesses and hotels,” she said.

To address these misunderstandings, Clarke Gocker of People United for Sustainable Housing (PUSH) Buffalo, a nonprofit organization that develops sustainable, affordable housing and advocates for socially just economic development, said that the state has a role to play in giving communities the tools and information they need to assess renewable energy projects that come to town. He also pointed to the importance of another aspect of New York’s new law, one that requires that state regulators create a community benefits program that will require the owners of major wind and solar farms to provide some benefit to the community hosting its project. In September, the Public Service Commission proposed that utility customers in host communities receive a credit on their bill for the first 10 years a project was in operation, distributed evenly out of a fund based on the size of the project. The proposal leaves open the possibility for communities to negotiate further benefits with developers, like payment into a conservation fund, or improvements to local parks or roads.

Gocker advocated for a wider definition of community benefits that includes jobs and training. As a Rust Belt community, Buffalo has lost a significant amount of economic activity, and PUSH sees renewable energy as an industry that could help build back community wealth. “We don’t want the investment the state’s making to flow exclusively to private developers,” he said. As part of its “Build-Ready” program, the state is already planning to assess the need for workforce development, particularly in environmental justice communities, and create job-training programs if needed. PUSH also wants to see the state assess opportunities for community-owned renewable projects.

The public comment period on the proposed regulations and standards is open until Monday, December 7, and they are set to be finalized by April of next year.