The coronavirus pandemic delayed COP26, the United Nations’ annual climate summit, by a whole year. But it isn’t stopping youth climate activists from holding their own Conference of the Parties.

“We can’t let this pandemic stop us,” said Iris Zhan, a 16-year-old high school junior from Columbia, Maryland. “We need to make progress and push as much as possible because of how urgent this is,” she said.

Since November 19, 18 student staff, 216 volunteers like Zhan, and more than 350 youth delegates from 146 countries have been convening virtually for Mock COP26, a virtual summit meant to fill the void created by COP26’s postponement. For several hours each day, they’ve attended online workshops, panels, and discussions with environmental activists and experts. Their goal is to craft a formal statement of policy demands that, when the conference ends on December 1, they’ll deliver to Nigel Topping, the “High Level Climate Action Champion” designated to engage with stakeholders and promote climate action ahead of COP26.

Ideally, the statement will raise the bar for COP26 negotiators when they meet in Glasgow next November. “We’re hoping to make a big difference,” Zhan said.

The mock conference has been designed to address long-standing diversity problems within the environmental movement. To elevate voices from the countries at the greatest risk from climate change, Mock COP26 organizers invited up to five delegates from each country in the economically disadvantaged global south, giving them greater voting power and more time to speak. Wealthier countries like the United States and Canada could only send up to three delegates. 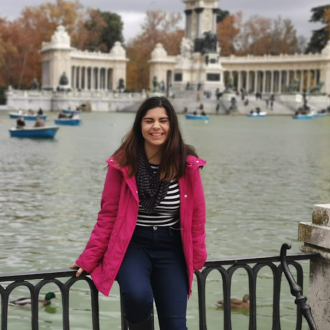 Sofía Hernández Salazar, a 22-year-old climate activist and a delegate from Costa Rica, said the mock conference’s format helped address problems of representation that she had noticed while attending COP25 in Madrid.

“At real COPs, you mostly see men who are white and from Europe,” she said, adding that delegations from the global south tended to have fewer negotiators.

Darien Castro, a 23-year old delegate from Ecuador, echoed the sentiment. “It’s important to include marginalized groups,” he said, rather than allowing the needs of Indigenous communities, rural areas, and island nations to be drowned out by the interests of superpowers. “These people have knowledge, but many people just don’t care about that.” 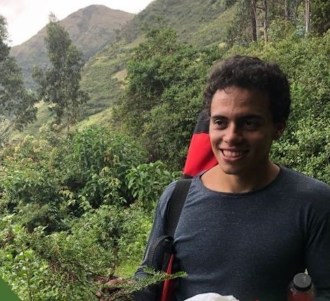 Next year’s COP26 has already been criticized for a lack of inclusivity — most notably due to its imbalanced gender ratio. A U.K. plan released in September showed a 100 percent male team of negotiators, senior politicians, and civil servants for the climate talks, prompting outcry from the Fridays for Future movement, which helped organize Mock COP26.

Kevin Mtai, a 24-year-old conference organizer from Soy, Kenya, said he has been pleased to see the innovations in the mock conference’s format — not only how it has prioritized at-risk communities, but also how it has elevated young voices. At last year’s COP, he said, he had been disappointed to see young people excluded from negotiations, even though they are the ones who will face the most severe consequences of climate change. 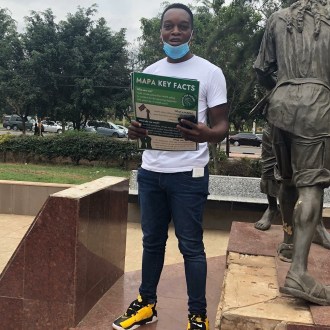 “Global leaders from COP need to see how we have been running this conference so they can take a leaf from us,” Mtai said. “Next year, they need to include more youth in the discussion.”

For the first week of the conference, delegates spent time developing “high-level statements” to represent their countries’ interests. Those statements were finalized on Wednesday and posted to the Mock COP26 YouTube channel — a three-minute speech for each country. Now, the remaining time until December 1 will be devoted to writing up their final demands for world leaders.

ClientEarth, an environmental law nonprofit, is helping the delegates polish their demands into a legal document that could, hypothetically, be adopted into law by the delegates’ home countries. 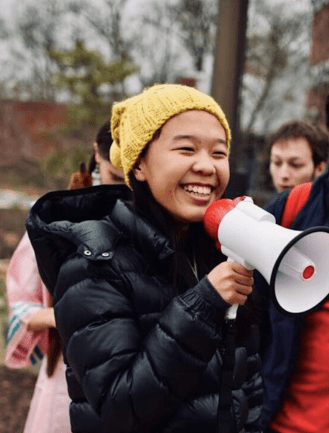 “It’s an uphill fight, but I’m optimistic that it’s going to get a lot of attention,” said Ellie Gold, a legal researcher for ClientEarth who’s been working with the Mock COP26 delegates.

Even if the statement doesn’t gain a foothold in countries’ legislative chambers, Zhan said she hopes it will send a clear message to world leaders: Center the needs of the global south, don’t allow fossil fuel interests to direct the conference, and, of course, listen to the youth climate movement.

“If COP was youth-led,” she said, “we would make so much more progress than we have in the last decade.”