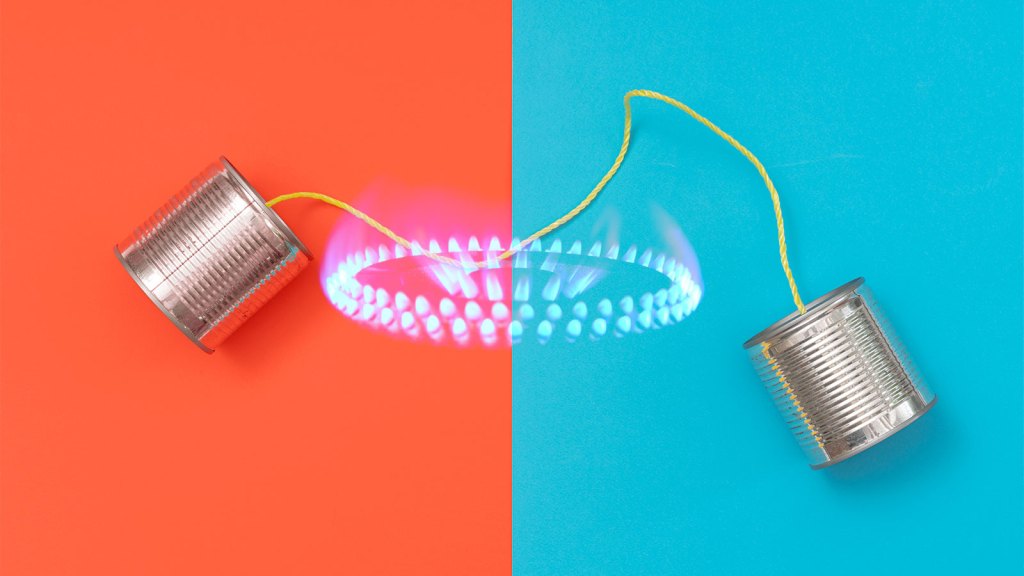 What would you rather have powering your stove: natural gas or methane?

They’re basically the same thing, but according to early findings from research published on Tuesday by the Yale Program on Climate Change Communication, it’s probably safe to assume that most Americans would prefer natural gas because it simply sounds nicer. After all, it’s “natural.”

In the survey, Democrats and Republicans rated their positive and negative feelings in response to one of four phrases: natural gas, natural methane gas, methane, or methane gas. The researchers found that people strongly preferred the natural version, no matter their politics.

Methane and natural gas are often used interchangeably, but they aren’t perfect synonyms. Methane, or CH4 in chemistry class, is a colorless, odorless, and highly flammable greenhouse gas. Natural gas is primarily methane, but it also contains small amounts of ethane, propane, carbon dioxide, water vapor, and other compounds.

If you don’t like either name, you have plenty of other fun synonyms to choose from. The Trump administration’s Department of Energy once rebranded natural gas as “freedom gas.” Environmental advocates sometimes prefer “fracked gas” or “fossil gas.”

These competing terms are an example of how vocabulary is fracturing along political lines, becoming more politically loaded and polarized, much like NASCAR, Starbucks, and Trump Hotels. Reframing a term changes how we think about it, as the linguist George Lakoff has argued. Republicans, with the help of messaging wizard Frank Luntz, have historically been savvier at tailoring phrases to promote their ideals, although Democrats have been catching on in recent years. That’s part of the reason why Trump voters and Biden voters sound so different from each other now. They don’t just believe different things; they almost speak different languages.

Natural gas, however, seems to appeal across party lines. In the recent Yale survey, researchers asked respondents to list three words or phrases that came to mind when they heard certain words. Seeing the phrase natural gas made people think of words like energy, clean, fuel, and cooking. In contrast, methane conjured thoughts of cows, greenhouse gases, and climate change. “These findings indicate that the terms used to communicate about this fossil fuel can have dramatically different effects,” a news release about the research concluded.

It’s a sentiment that marketers for the oil and gas industry have understood for a long time. Fossil fuels are regularly rebranded, whether it’s “clean coal” or “ethical oil.”

You might guess that the term natural gas was invented as a marketing ploy, too. But it appears that the name simply arose to help differentiate it from its alternative, artificial gas. “Unlike many products that are first produced naturally and later duplicated synthetically, the manufactured gas industry preceded the natural gas industry as a going energy concern,” David A. Waples writes in the history book The Natural Gas Industry in Appalachia. Manufactured gas came out of 17th- and 18th-century experiments involving charcoal, animal bladders, and candles and was used for lighting, heating, and cooking.

So it might just be luck that gas came to be seen as “natural.” Some 76 percent of Americans view natural gas favorably, substantially more than for oil (51 percent) or coal (39 percent). While conventional wisdom once held that natural gas is a “bridge fuel” to a renewable-powered future, some now argue burning existing gas reserves would lock in dangerous levels of carbon dioxide emissions and endanger international goals to limit global warming to 1.5 degrees C above pre-industrial levels. That’s not to mention the health effects of burning natural gas: Gas stoves, for instance, pollute homes and increase the risk of respiratory problems, cardiovascular disease, and premature death.

Take it as a sign that natural doesn’t necessarily mean “good for you,” no matter how nice it sounds. Americans love “natural” potato chips, but they’re still just deep-fried potatoes.