The world has known about the dangers of climate change for decades — so why are oil and gas companies still drilling for crude as if there’s no tomorrow? There’s no simple answer. But any explanation would have to give some credit to the wizards of public relations. For more than a century, these spinmasters downplayed misdeeds, twisted facts, and cajoled the media into mimicking their talking points.

“A lot of what we have as PR today, in general, was built in service of the fossil fuel industry,” said Amy Westervelt, the host of Drilled, billed as “a true-crime podcast about climate change.” The first season of Drilled investigated the history of climate denial, and the second looked at the West Coast crabbers suing Big Oil for contributing to warmer oceans and throwing the marine food web out of whack. In the latest season launched last month, Westervelt introduces the “Mad Men of Climate Denial” — the publicists who coached the fossil fuel industry how to shape public opinion over the past century.

Creating a cloud of confusion around established science is one of their well-known tactics. Exxon and the coal industry knew about global warming as early as the 1960s; instead of telling the public, they spread doubt about the science behind it. That’s just one facet of the fossil fuel industry’s propaganda machine. (“Propaganda” might seem too strong of a word, but Westervelt says it’s the very definition: “a one-sided message with the aim of shifting public opinion or policy.”) Digging through archives, presidential libraries, and old PR books, Westervelt found the pushy executives, manipulative schmoozers, and “inventive” storytellers who made it work.

“People are largely unaware that there’s a massive system running underneath everything,” Westervelt said in an interview with Grist. “A lot of the ideas they have about the fossil fuel industry and even the language they use has been crafted very carefully by the industry itself.”

She takes us on a wild journey from a turn-of-the-century massacre in Colorado coal country to the messaging strategy of, yes, Nazi Germany, telling the stories of the people who worked to boost oil’s image and how their experiences taught them to influence the media, politicians, and the courts. Here are just a handful of the wild strategies they came up with, all still in use.

Fake news: “Fake news” proliferates on the internet today, a plague of modern life with a long pedigree. You can trace it back to Ivy Ledbetter Lee, often called the father of modern public relations. In the early 1900s, Lee was tasked with rehabilitating the public image of the tycoon John D. Rockefeller. His company, Standard Oil, had brutally stamped out a workers strike at a Colorado coal mine in 1913, setting tents on fire and spraying their camp with machine guns. Lee crafted a story to smooth things over, claiming that the strikers were actually plants hired by a labor union, and that the whole thing had been orchestrated by Mother Jones, a famous labor organizer (he also made up that she ran a nearby brothel). “What are facts anyway but my interpretation of what happened?” Lee said later on.

Corporate philanthropy: Lee’s coverup went so well that Rockefeller kept him on board for the rest of his life. In addition to inventing the press release (imagine, the newspaper prints your version of the story word for word!), Lee prodded Rockefeller to donate to charitable causes, like museums, to burnish his reputation. The approach gained traction as other robber barons realized that they, too, could be remembered as kindly philanthropists. The arts are now soaked with oil money — and with their names emblazoned on art museum walls and festivals signs, corporations get a similar reputational boost. 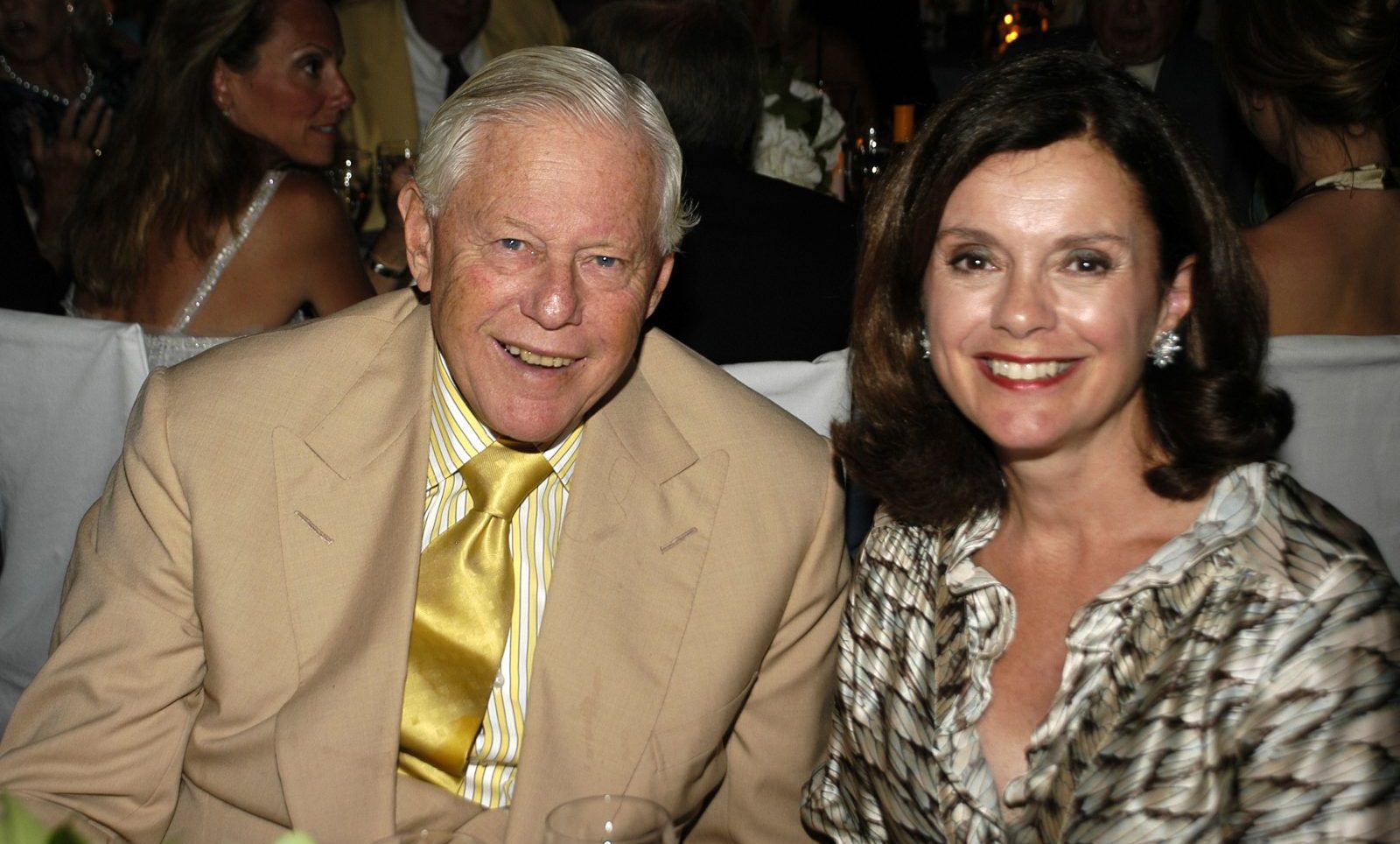 Herb Schmertz and Sheila O’Malley Fuchs attend a party at the Parrish Art Museum in 2007. Patrick McMullan via Getty Images

Astroturfing: What better way to counter grassroots activists than to fake your own grassroots group? This practice, called “astroturfing,” was the brainchild of Daniel Edelman, a PR whiz who advised Mobil Oil, Big Tobacco, and many other companies in the mid-20th century. There are now hundreds of fake front groups backed by oil-funded lobbying groups like the Western States Petroleum Association, said Christine Arena, former vice president of the firm Edelman (yes, named after Daniel), in the podcast. They go by friendly names like “California Drivers Alliance” or “Washington Consumers for Sound Fuel Policy.”

False equivalence: Herb Schmertz, who advised Mobil starting in the 1960s, took an aggressive stance toward the press. He’d attack any journalist or outlet critical of his company, arguing that they weren’t hearing Mobil’s side of the story, and then watch them overcorrect in the next edition. The approach eventually expanded to demanding airtime for climate deniers. One study looking at climate change articles in major U.S. outlets between 1988 and 2002 found that more than half of them presented climate science and fringe, Big Oil-friendly theories as equivalent. “It took a while for newspapers to realize that this was not a great way to go,” Westervelt said.

It seems like many in the media have decided to stop playing along. And there are other signs that the tide is turning against the oil industry. Once the world’s most valuable company, Exxon’s stock has dropped by a third over the last five years, wiping away nearly $200 billion in market value. Jim Cramer, the loudmouth host of CNBC’s Mad Money, recently said that it’s time to ditch oil stocks. Even public relations companies are now taking their services elsewhere.

“As soon as an industry starts to get an irretrievably bad image, the PR folks start dropping off, and the industry has to find somebody else to do this stuff,” Westervelt said. She said she has seen oil companies turn to more obscure consulting groups, like FGI Consulting and the DCI group, to do their PR work.

The fossil fuel industry is starting to move away from publicly denying the facts about climate change (which isn’t working as well these days) and back toward pro-oil, all-American messaging, like the new ads from the American Petroleum Institute that tout oil and natural gas as “energy progress.” If only Big Oil was as good at cutting greenhouse gas emissions as it was at marketing.