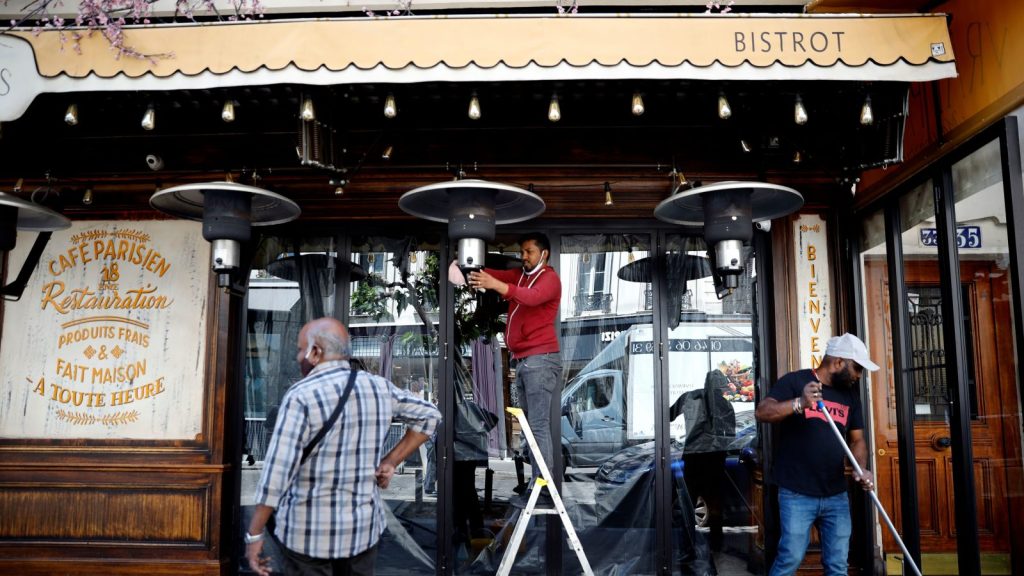 Put your warmest chapeau on your tête because France is banning heaters from outdoor cafes.

It might have been inauspicious timing for Barbara Pompili, the country’s ecology minister, to announce the new rule when outdoor dining has reached peak importance. During the COVID-19 pandemic, it’s the only form of dining that seems remotely safe. Heating makes the plein-air experience much more pleasant, even in the summer. California politico Willie Brown can’t be the only outdoor dinner with the motto: “No heat, no eat.”

But it could prove to be a significant move. Running five gas heaters on a patio for the four coldest months produces as much carbon dioxide emissions as driving a car three times around the earth, according to the think tank NegaWatt.

Pompili did throw struggling restaurateurs a bone, saying the ban would not begin until after the winter. Whether or not you agree with Pompili that it is “ecologically aberrant,” outdoor heating is clearly inefficient. There are new ideas, such as heating and cooling chairs, but so far they haven’t caught on. Perhaps France’s rule will be the thing that forces restaurants to seek out better ways to keep their customers comfy. After all, people are used to looking to France on guidance on dining.

The ban, which also puts the kibosh on outdoor air-conditioning, was one piece of a package of measures proposed by the Citizen’s Convention on Climate set up by France’s President Emmanuel Macron. Many Parisian cafes aren’t a major source of emissions because they use electric heaters, and about 90 percent of France’s electricity comes from low-carbon sources, thanks mostly to its fleet of nuclear power plants. But those reactors are aging. Without them, the country could wind up ill equipped to support thousands of restaurants with open-air electric heaters, notorious energy hogs. Some 75 percent of Parisian cafes have heated outdoor seating, according to a trade group, and that would all have to go.

Perhaps it’s time for some alternatives. Building scientists have been experimenting with ideas for heating people — like heated insoles, cooling keyboards, and temperature-controlled chairs — rather than heating the air all around them. At the Center for the Built Environment at the University of California, Berkeley, researchers have shown that devices warm you up through the seat of your pants are much more efficient than heating air molecules and hoping they bump into a person before blowing away.

Earlier this year, one team of researchers at Berkeley figured out exactly where to place heating and cooling points in chairs to provide comfortable temperatures with about as much energy as it takes to power a compact fluorescent lightbulb. Just don’t expect to see them the next time you take your seat. “Unfortunately not many products are available commercially,” said Hui Zhang, one of those researchers. “This is a sad fact.”

Who knows? France’s heater ban could be just what the furniture industry needs to start producing more heated cushions and temperature-adjusting chairs.