Why we should raise the gas tax, and why we won’t 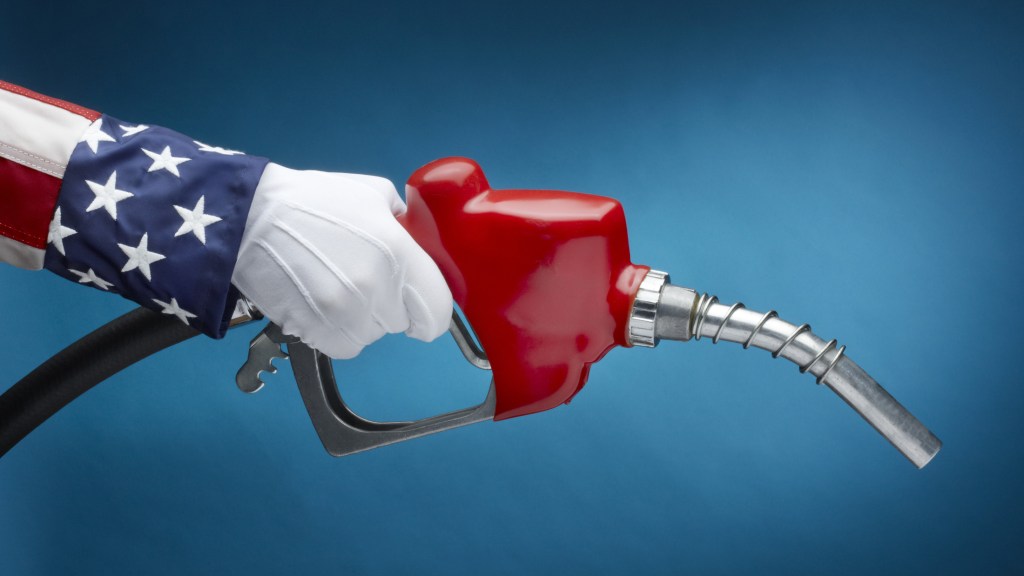 Why we should raise the gas tax, and why we won’t

There is perhaps no more vicious, self-reinforcing cycle in American life today than our dependence on automobiles. We subsidize suburban sprawl through favorable tax treatment, we mandate it through zoning codes, and we socialize the costs of the pollution it causes. We then end up with communities segregated into shopping, offices, and homes, so spread out and car-oriented as to make walking impractical.

And so we drive more than any other society on Earth. Currently, Americans drive approximately 3 trillion miles per year. There has been much celebration in urbanist and environmentalist circles over the fact that annual vehicle miles traveled in the U.S. peaked in 2006 and have started to slide downward. But that only came after decades of near-constant increase. We still drive about as much as we did in 2004, and vastly more than we did in 1990, never mind 1980 or 1970.

With so much driving necessary to get anywhere, and far too many SUVs on the road, it’s no surprise that Americans are averse to raising taxes on gasoline.

Gas taxes are how we fund federal transportation spending. Currently, the gas tax is just 18.4 cents per gallon, the same as it was in 1993 — and one-third less once adjusted for inflation. Because we haven’t raised it for two decades, we have developed a shortfall for currently authorized spending — and that doesn’t even begin to address the considerably larger amount we should appropriate to fix our crumbling transportation infrastructure.

It’s quite a conundrum, because raising the gas tax is what would ultimately enable us to raise it more again in the future. The gas tax is so unpopular precisely because it is so low and driving is so subsidized. The less we subsidize driving and instead require drivers to pay their own social cost, the more we will develop alternative modes of transportation. And the more people have viable alternatives to driving, such as mass transit, the more amenable they will be to raising gas taxes to support those alternatives.

There is a counterintuitive relationship between gas prices and the burden they place on the average citizen’s finances: The more gas costs, the less gas people buy, and so the less they are weighed down by gas costs. Just look at this chart, courtesy of Bloomberg, which shows that the U.S. has the world’s 50th highest gasoline prices, $3.66 per gallon in September, but the fifth highest proportion of annual income spent on gas purchases. Those rankings are almost exactly reversed in European countries with high gas taxes. The Netherlands has the world’s third highest gas price, $8.89 per gallon, but the 34th highest proportion of income spent on gasoline. Italy ranks fourth highest in gas prices, $8.61 per gallon, and 38th in proportional spending on gas. Gas taxes in Italy and the Netherlands, like most of Europe, are about 10 times higher than those in the U.S. Furthermore, in a country such as Norway, where gas currently costs $10.08 per gallon, that revenue comes back to the public in the form of government programs, such as free college tuition. Lower gas consumption also means better local air quality and reduced greenhouse emissions, and more exercise and less obesity among the populace.

In contrast, here in the U.S. the gasoline industry actually gets more in tax breaks — various subsidies in the corporate income tax code, totaling tens of billions of dollars per year — than the government reaps from the gasoline tax. The International Business Times reports, “The average U.S. resident actually pays anywhere between $2 and $0.90 less than the actual market value of gasoline because of government subsidies.”

And so the first increase in the gas tax will be the hardest, with each successive bump easier than the last. But the first one will be hard indeed. In fact, it is currently impossible. Matthew Yglesias, writing in Slate, correctly calls Blumenauer’s proposal “a great idea” that is “a total nonstarter in Congress and politically toxic to boot.”

Even the one glimmer of hope that Yglesias cites is perhaps unduly optimistic. “[T]here’s no reason to think people would like a vehicle miles traveled tax or hybrid car tax any better” than a gas tax, notes Yglesias, referring to the two alternative — and much less environmentally friendly — approaches to increasing transportation funds. That’s true, but there is no reason to think House Republicans are comparing the gas tax to any alternative sources of revenue. Rather, they are content to simply let transportation go underfunded.

Perhaps no issue better illustrates the paralyzing effect of the Republican Party’s capture by its most extreme elements. Historically, transportation was an area of relative bipartisan comity: It was paid for by the gas tax, a user fee rather than a redistributive progressive income tax, so Republicans could live with it. The funds went about 80 percent to highways and 20 percent to mass transit. All members of Congress wanted money for transportation back home, and so deals were cut.

Since a more right-wing band of Republicans first won control of Congress in 1994, though, any increase in the gasoline tax has been deemed unacceptable. And since a still-more-right-wing band of Republicans regained control of the House in 2010, they have insisted on larding any potential transportation authorization bill with petty anti-urban and anti-environment measures. House Republicans have even struggled to bring a bill to the floor that can pass their own chamber. The leadership’s desire to cut transportation spending by 15 percent repels all Democrats and even some suburban moderate Republicans.

This is the Congress we have, and this the box we are stuck in.