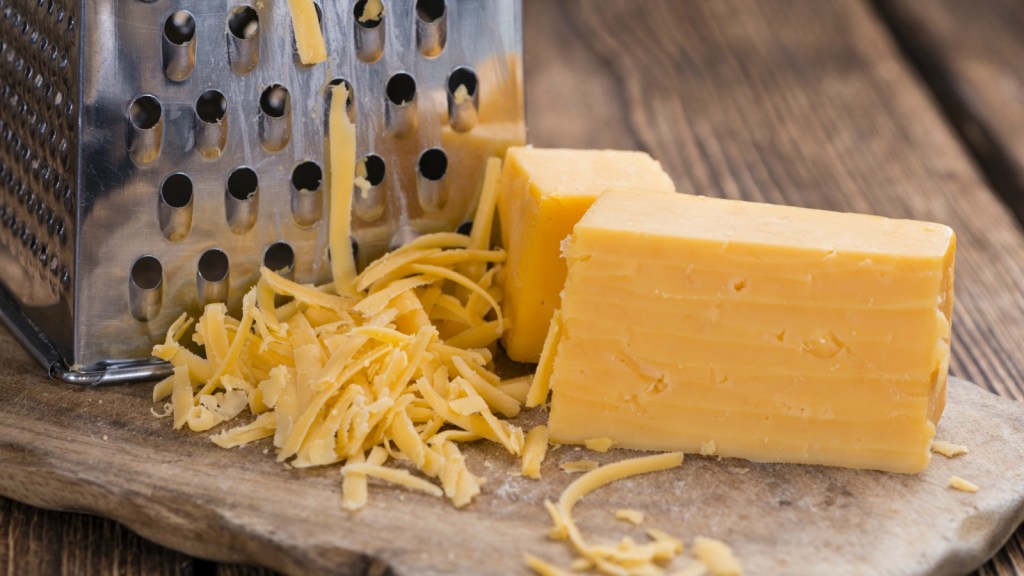 Stop everything: The U.S. has been hoarding a massive stash of uneaten cheese weighing in at around 1.2 billion pounds — without telling you! To work off that surplus, the Wall Street Journal points out, everyone in the United States would have to eat an extra three pounds of cheese this year.

“No problem!” you say, rolling up your sleeves. But wait — before you take up your duty as a citizen and stuff your face with equal parts deep-fried mac and cheese and crêpes au fromage, consider this: That quantity of cheese consumption might contribute to global destruction.

We’re only being a bit hyperbolic, because it turns out that a block of muenster has a pretty monstrous climate impact. One study declared cheese the third-worst animal food product for greenhouse gas emissions, following beef and lamb. Chicken, tuna, and eggs all have lighter carbon footprints. Here’s why: To create cheese, you need a lot of milk — about 10 pounds of milk per pound of hard cheese, to be precise — and the dairy cows who produce that milk also produce a lot of climate-changing methane.

America’s cows are expected to produce a record-breaking 212.4 billion pounds of milk this year. Much of that will be sold to cheesemakers, who are currently hoarding big blocks of cheese in freezers and waiting for prices to rise.

Why? The Wall Street Journal reports that two years ago, farmers expanded their dairy operations to meet high demand, particularly from overseas. But now dairy prices have dropped and the dollar has climbed, so our friends around the globe aren’t buying as much of our queso dip anymore. But all those extra cows are still around, pumping out methane and milk. Mmm!

When it comes to America’s cheese situation, it looks like we just have too much of a … gouda thing.