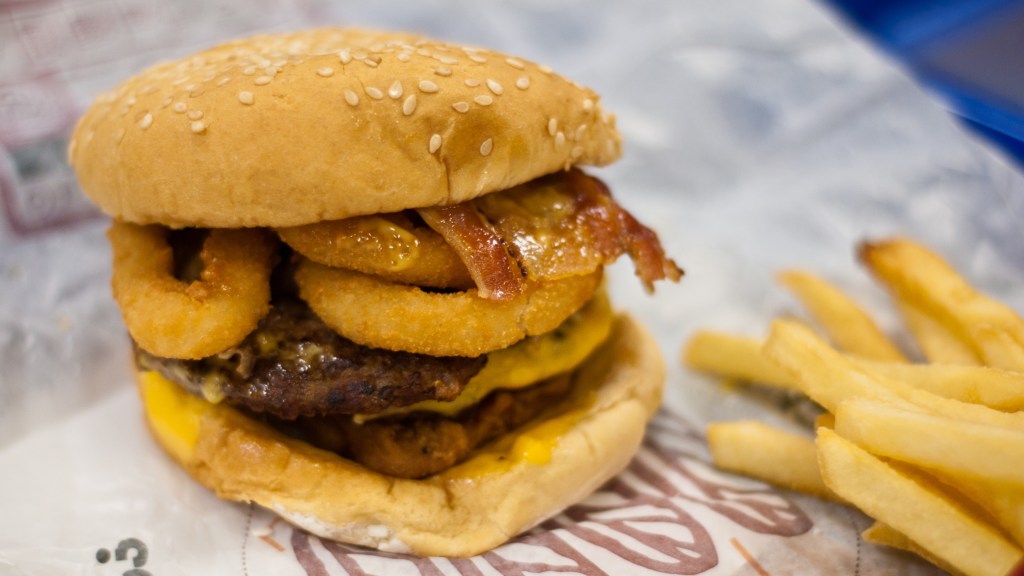 Gone are the days when Americans washed down their Big Macs with Pepsi and cigarettes. These days, we eat leafy greens and talk about good fats and buy chickens that are treated better than many humans. We drink kombucha! Healthy is in.

At least, in theory.

But despite the popularity of “healthy” fast foods like Sweetgreen and Chipotle and the declining profits of traditional fast food chains like McDonald’s, Americans aren’t actually eating all that much healthier. In fact, according to new data from the Centers for Disease Control and Prevention, we’re actually getting fatter.

In a survey of 5,000 participants, the CDC found that obesity rates among adults rose from roughly 35 percent in 2011 to 38 percent in 2014. The news is better for kids, for it’s still not great: Youth obesity rates have stayed constant since 2003, but this comes despite a huge push by the government to improve childhood health.

Well, even though Americans are indeed drinking fewer sugary sodas and eating fewer trans fats, we’re still eating a lot of crap, and not a lot of fruits and vegetables. The CDC survey showed that the amount of fruits and veggies we eat has declined in the past five years, and now fewer than 10 percent of Americans eat enough veggies, and fewer than 15 percent eat enough fruit. For shame, people! Don’t you know there’s nothing more lovely than fresh blueberry compote? Especially if you smother it in ice cream.

And so goes America, so goes the world. “People throughout the world are getting fatter,” writes Michael Specter in a recent issue of The New Yorker:

The World Health Organization refers to the epidemic as “globesity.” Yet nowhere is the trend as pronounced as it is in this country. In the United States, per-capita calorie consumption rose from 2,109 calories a day in 1970 to 2,568 calories in 2010, according to the Department of Agriculture. That’s equivalent to adding two slices of Domino’s pizza to the daily diet of every American. The average man today weighs a hundred and ninety-five pounds, thirty pounds more than in 1960. Seventy-eight million people were considered obese in 2012, twice the rate of forty years ago.

Clearly, there is a connection with the rise in fast food. Specter continues:

Because our brains evolved at a time when food was scarce, we are biologically predisposed to consume a diet that is high in calories, sugar, and fat. And that is exactly what Happy Meals, and most processed food sold in American supermarkets, offer. When you eat a Big Mac, your blood sugar soars. Your brain then releases a flood of chemicals, such as dopamine, that induce pleasure and contribute to a tendency to eat compulsively. At high enough levels, the salt and sugar in food can be addictive; you crave them like a drug.

The good news is that drugs can be quit, as the millions of Americans who have given up the cigarette portion of our national health plan can attest. It takes time, and patience, and possibly the help of gum laced with nicotine and/or hypnosis and sleeping pills. But if Americans can give up smoking, I’m pretty sure we can give up Big Macs too.