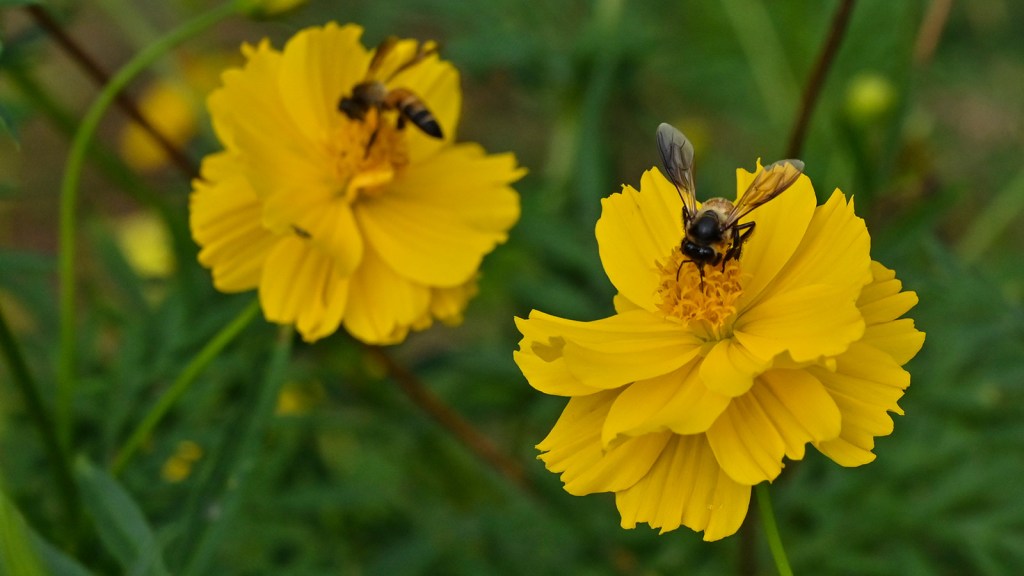 It’s no secret that living near a highway, a power plant, or some other source of air pollution can slowly kill you. Health impacts related to the toxic emissions spewing from these places — especially the tinier particles that enter deep into the lungs — are well documented: asthma, heart disease, pregnancy complications, and lower life expectancies make up a non-exhaustive list. But surprisingly, much less is known about how the same pollutants affect the critters fluttering around us, breathing the very same air.

A new study published in the peer-reviewed journal Proceedings of the National Academy of Sciences on Monday presents some of the earliest research showing that pollution is bad news for our pollinators, too. Scientists in India studying the Giant Asian honey bee, a wild species native to Southeast Asia, found that bees in heavily polluted areas did not visit flowers as frequently, had negative circulatory responses, and died more quickly in captivity than those found in less polluted or rural areas.

“It’s really interesting because it calls attention to another type of bee stress that maybe we are not considering as much,” said Adam Dolezal, an insect physiologist at the University of Illinois who studies the effects of pesticides and pathogens on honey bees, and was not involved in the research on pollution. “I think it’s, unfortunately, just one more on a long litany of things that are bad for wild insects.”

The findings do not bode well for India’s economy and food security. The country is host to nine of the world’s 10 most polluted cities, and is one of the largest fruit and vegetable producers in the world. The Giant Asian honey bee is an important species that produces more than 80 percent of India’s honey and pollinates hundreds of its plant species, including important crops like mangoes and cotton. It also has a unique lifestyle — colonies migrate long distances repeatedly throughout the year, spending time in both cities and rural areas — which made it a good candidate for the study.

Scientists from the National Centre for Biological Sciences in Bangalore, India, chose three sites within the city with varying levels of pollution, and one rural site, to study how the smoke, soot, and dust in the air were impacting the bees’ health and pollination activity. Looking at affected specimens under a microscope, they could clearly see that the bees from more polluted areas were covered in gunk.

To understand how that gunk might be affecting behavior in the field, the researchers spent 20 days at each site, staring at the blossoms of yellow bells, a common ornamental flower, and counting the number of bees that came to visit. Although there were fewer flowers in general at the rural site, they experienced much heavier traffic than the more abundant blossoms in the polluted area — up to five visits per flower versus just one or two.

When the researchers brought bees back to the lab to see how long they would survive, more than 80 percent of the ones collected from the polluted sites died within 24 hours, and the rest died on the second day. Most of the bees from the rural and less polluted areas survived for more than four days.

The scientists also gave bees collected from the different sites a physical, of sorts, and found that the bees exposed to the most pollution had irregular heartbeats and lower blood cell counts. An analysis of gene expression showed their immune and stress responses were also turned on.

“All the results were more shocking and depressing than surprising,” Geetha Thimmegowda, the lead author, told Grist. Thimmegowda was surprised, however, by one finding: Although air pollution is most associated with respiratory problems in humans, it did not seem to impair the bees’ breathing. To measure this, the researchers sealed bees in a respirometer, a device used to measure the carbon dioxide produced from breathing, for an hour. All of the bees showed similar results.

Shannon Olsson, a chemical ecologist whose lab conducted the study, said that could have been due to a lack of sensitivity in their methodology. “However, another possibility is that the respiratory system of bees and other insects is entirely different than that of humans,” she said.

In addition to studying the wild honey bees, the researchers reproduced the study using lab-reared fruit flies in order to control for factors like age, diet, and physiological differences. They found nearly identical results after keeping the flies in cages at the lowest and highest-polluted sites for 10 days at a time.

“That’s another really important part of this,” said Dolezal. “This isn’t just a bee story. They saw it in bees, but the effects they saw are almost certainly occuring in other insect species as well.”

Thimmegowda said that more research into how air pollution is impacting wild plant and animal systems is urgently needed to better inform international air quality guidelines. Next, she plans to dig deeper into the composition of air pollution to determine what, exactly, is causing the effects she discovered in the bees and flies.