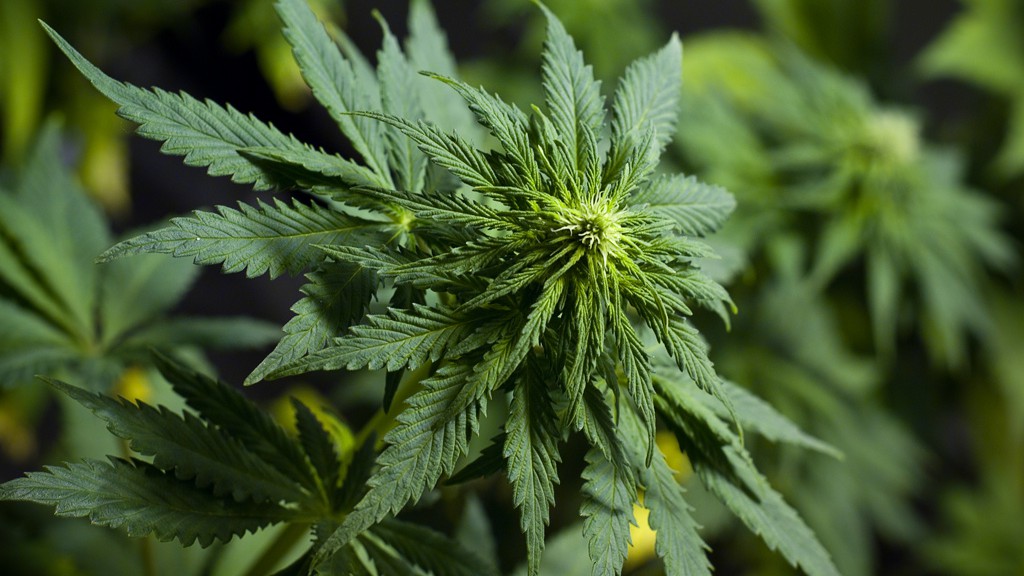 Perry asked me not to use his last name. It wasn’t because of the plants in his basement — they’re perfectly legal now — but more out of garden-variety stoner’s paranoia. He worried some enemy might see his name in the news and come looking for him.

Whatever — his identity isn’t important. It’s not like he was leaking potentially false information about weapons of mass destruction. I was just there to talk to him about his experience and his opinions. He has red hair, thinning on top, but growing vigorously in a bushy beard beneath. He’s wearing rectangular framed glasses, a Grant Farm concert T-shirt, and shorts.

Perry is passionate about pot. In fact, that’s why he moved to Colorado. “I came here in 2006 because Colorado needed my vote,” he told me.

Now that cannabis is legal in the state, there’s nothing he’d like more than to set up shop as a farmer. But that’s not going to happen. The regulations are simply too onerous for family pot farms, he said.

When Colorado set up its system, advocates and policymakers took care to build in protections against abuse. But now that this system is the law of the land, people like Perry have come to see it as overly cautious. To follow the letter of the law and pay all the fees, you need an industrial-size operation, he said.

This view is not limited to Colorado. In California, many marijuana growers voted against legalization in 2012, and they may thwart another effort in 2016.

A few years back, when he was living in Indiana, Perry was arrested at a Bob Dylan concert with four ounces of weed in his pocket. He’d always thought of himself as a good guy, on the side of justice. But all of a sudden — according to the state — he was on the wrong side of the law. So when he heard about Colorado’s legalization effort, he packed his bags.

“As soon as the opportunity came up, I was westward bound,” he said.

As we spoke, he had opened a glass jar of woolly cannabis buds, and he thumbed one down into the bowl of a glass pipe. How did it feel, I asked, to be able to do legally the same thing that had made him a criminal in Indiana?

“It feels great,” he said. “I love listening to Willie and Waylon, but damn — it’s a heavy life being an outlaw.”

The stigma is fading from pot, he continued. In places where it’s legal, people have come out of hiding, and that has normalized weed. “Everyone knows someone out of the closet. People are no longer afraid to admit that they’ve inhaled,” he said. “We’re normal people. We’re doctors, lawyers, gardeners, and the president.”

He turned the pipe around in his hand and extended his arm toward me. “Do you partake?”

I’d thought about this on the drive over: If you interview a baker, chances are you’re going to end up eating some bread. It had been years since I’d smoked. (At the end of high school, I’d worked summers as a raft guide — a kid among men for whom smoking pot was as natural as a morning coffee.) At first I’d figured I’d decline, but by the time I’d got to Perry’s town I changed my mind. Saying no would surely introduce some tension in our conversation. After all, it was legal, and when in Rome …

“It’s Deadhead OG Kush. It’s described as being euphoric and relaxing. But those are all marketing buzzwords,” he said. “When I was a kid we just called it weed. It’s one of the Indica varieties that doesn’t induce couch lock.”

Perry reminded me how to position a thumb over the vent-hole on the pipe. I sparked the lighter, inhaled — then spent a good three minutes coughing.

After sucking down a tall glass of water, we took up the conversation again, but something had shifted. Previously I’d been hunched forward with my elbows on my knees; this posture of attentive interest now seemed gratuitous. I leaned back onto the couch. I’d been suffering from a nasty cold, made worse by the high elevation, and had been in a rotten mood for days. Suddenly, though my throat was still sore, I was less bothered by it. I exhaled and relaxed my shoulders. At this point in my notes, my writing shifts from cramped scratches to an expansive scrawl across two lines at a time.

It might take $10,000 just to apply for a license to become a state-legit pot farm, Perry was saying, and you can’t get a loan. Banks aren’t interested. An enterprise that’s illegal according to the federal government looks too risky for most loan officers.

Later I asked Josh Harkinson, a reporter for Mother Jones who has covered pot politics, about this. He’d observed that mom and pop cannabis businesses just don’t exist in places where it’s legal for recreational use. Some do exist in places like California, where pot is legal for medical use. States have set more stringent regulations to govern recreational weed. “States are worried that, if the laws aren’t strict enough, the feds are going to step in and say, ‘Hey, you aren’t doing a good job controlling all this weed,’” he said.

According to Hezekiah Allen, chair of the Emerald Growers Association, which advocates for California pot farmers, the sweet spot here is “effective environmental and consumer protections that don’t choke the small craft farmers.” Washington and Colorado, he said, have not achieved that. Both states, for example, require round-the-clock video surveillance for every plant. The bigger the operation, the less the cost of those cameras cuts into the bottom line.

For a while, Perry worked for one of these larger businesses, managing a 500-plant warehouse, he said. But he didn’t like it. The company had him spraying fungicide, which seemed to him contrary to the ethics of cannabis culture. And the money wasn’t great.

Now he sees himself as the equivalent of a tiny craft-brewer: “I would never work for Pabst Blue Ribbon.” Colorado law allows him to sell some weed for medical uses and reduced prices. But it’s not profitable.

“I don’t make money on this,” Perry said. “I gig. I help with construction. I’m allowed to recoup my costs, that’s it.” He gestured toward the couch where I lounged, which was thick with yellow-lab hairs. “Obviously we had to fire the maid.”

I asked if I could see the plants, and he led me down a steep flight of stairs into the basement. He’d prefer to grow outside, so he could use the sun rather than electric lights. But each municipality sets its own rules, and his town opted to restrict growing to the indoors. He’s an avid gardener — and all the rest of his plants, of course, grow under sunlight. “It’s just my thing,” he said as we descended. “I can my tomatoes, I pickle my cukes, I grow my own weed. Careful on these steps.”

On the concrete floor were several plants, all about four feet tall, growing in black felt bags under lights. Nearby, in smaller bags, were several younger plants.

The felt bags are a trick stolen from centuries of tree planting, Perry said. When roots poke out from the material into the air, they stop growing, rather than bunching up as they would in an impermeable pot. It’s called air pruning. He turned his attention to the leaves, and ran his fingers through the fronds. “I’m looking for any sign of a pest problem: mites, aphids, powdery mildew.”

As he talked about his air filtration system, managing NPK values for fertility, his worms, and his progress in “being able to read a plant,” he sounded a heck of a lot like the other — much more conventional — farmers I’ve talked to over the years.

“This is one of the few agricultural industries that has been dominated by yeoman farmers,” Harkinson had reminded me. But as cannabis moves into the mainstream, it has gained mainstream problems. Like any other crop, the margins are becoming thinner. Less money per plant means that you have to grow a lot more plants to make a living.

But it’s hard to imagine pot ever becoming a pure commodity crop, like corn: All but the most inveterate stoners care more about quality than quantity when it comes to their weed. And so there’s a chance, a good chance, that family farmers could thrive by reaping a harvest of cannabis. They’d just have to get the regulations right. That seems more likely in a place like California, Allen said. There, instead of passing one big direct-democracy initiative, lawmakers have been tinkering with drug regulations one bill and amendment at a time.

After the tour of Perry’s basement, I thanked him for his time and his (ahem) hospitality. Then I hurried off to find some lunch. All of a sudden, lunch seemed way overdue.