Are your urban veggies really toxic? 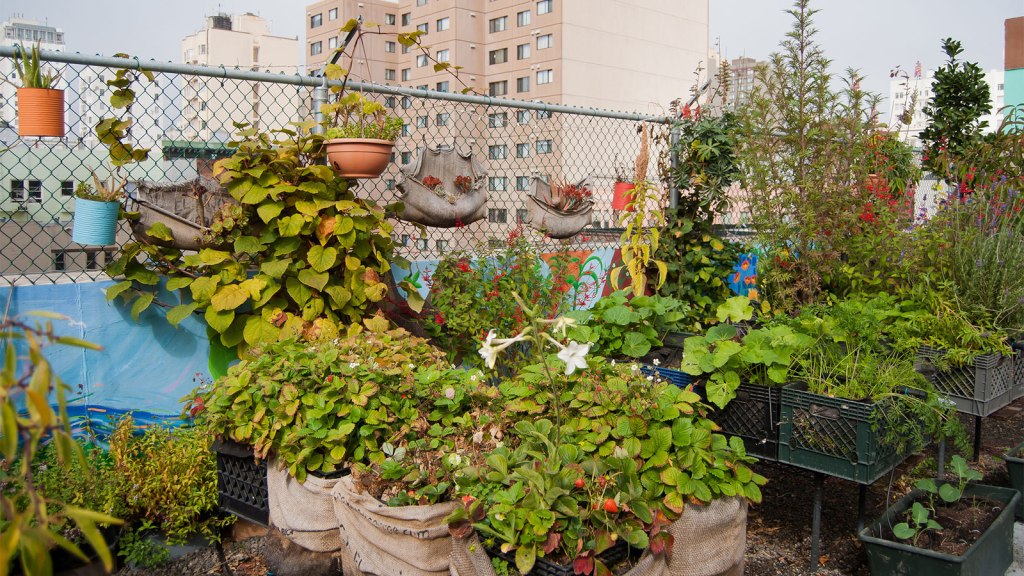 Are your urban veggies really toxic?

Earlier this week, we reported on a study that looked at whether heavy metals in soil, including lead, were making their way into vegetables grown in urban farms and gardens. The study, out of Cornell University’s College of Agriculture and Life Sciences, was significant because, while previous studies had looked at contamination in the soil, this was the first to look in detail at whether that contamination ended up in the produce grown there. Short answer: sometimes. But there’s more to the story.

The study, which we originally found via the New York Post (I know, I know — never again), contained some pretty alarming details. Fruit was generally lead-free, but nearly half of the root vegetables (mostly carrots) exceeded the E.U.’s healthy guidance value. Lead has been linked to some nasty side effects, like lower IQ scores in children and even higher crime rates.

But there’s a lot to love about urban farms. They provide nutrient dense foods to communities where healthy foods are hard to come by, or too expensive. Plus, urban farms can contribute to cleaner air and water, and more green space.

So lest you stop eating urban vegetables altogether, we wanted to collect a little more info on 1) just how concerned urban vegetable eaters need to be, and 2) how you can protect yourself from toxins.

First, a little more detail from the Cornell study. The researchers go out of their way to say that this study alone is not enough to warn the public off of urban vegetables. They do, however, suggest that we should become more informed on where our produce is coming from, and whether it has been tested. Here’s more from the study:

Contaminant levels found in urban garden produce were generally below health-based guidance values and consistent with levels associated with foods that can be sold legally (i.e., in Europe); therefore consumption of urban garden produce should not present a significant health hazards.

The particularly high Pb concentrations in some garden beds present a risk, but also need an opportunity for intervention and management to reduce exposure.

The Post, apparently too preoccupied with smearing urban farms and scaring the bejesus out of us all, kinda skimmed over that part. In fact, when I contacted the study’s lead author, Murray McBride, he declined to speak to me, saying in an email that “Given my recent experience with NY Post reporters, I think it’s best that I not comment further on the results.”

I did speak with David Vigil, the project director of East New York Farms, which supports approximately 50 gardeners and over a dozen community and backyard farms. Some of those gardens and farms had their produce and soil tested in the Cornell Study.

Vigil told me that the farms have soil tested every year for lead levels, and the results have always come out safe. So when the press started railing against the toxic dangers of his veggies, Vigil was put off (OK, he was royally ticked). He wrote an open letter about what’s really going on and how urban farmers are handling soil toxins. Here’s a taste:

In the past two years we have partnered with the Department of Sanitation to distribute over 5,000 bags of NYC Compost to East New York gardens, and applied over 10 cubic yards of new compost to our farm.

… We need not abandon gardens where lead is present in the soil, but we must address the problem with education, remediation, and good practices.

Vigil assured me that consumers shouldn’t be afraid to eat urban farm-grown vegetables. First, because the study didn’t point to solid enough evidence against it. Second, because “in any food stuff that we eat, pretty much, there’s some level of contamination risk that we face, be that from pesticide, herbicide, waxes — not even counting what’s in processed foods.” And third, because most urban farmers that he knows get their soil tested regularly to make sure they sell safe produce to their customers.

For a more impartial take on the issue, I turned to the real authorities on this subject — the Environmental Protection Agency. As luck would have it, the EPA released a booklet in December 2013 of “best practices” for reducing exposure to lead-contaminated soils.

If you have your soil tested and find lead levels are above recommended concentrations, the agency has a whole suite of actions you can take to be sure you’re not getting the stuff into your body, including using soil barriers and clean compost, and growing fruit rather than root vegetables (see Cornell study, above).

The New York State Department of Health, along with those same soil-researchers at Cornell, put together a list of 10 best practices for healthy gardening in and around contaminated urban soils. Here’s what they recommend:

Soil in urban environments is, inevitably, going to be tainted by the surrounding environment. That doesn’t mean that you should stop eating food grown in urban gardens. It does mean you need to be a smarter consumer and/or gardener.

So if you buy your carrots from urban gardeners, by all means, keep being the good-hearted local foodie that you are. Just, for the love of your IQ score, make sure the soil has been tested. Then, if it’s clean, you need only follow a simple three-step process to safely eat your urban-grown carrots: slice, saute, enjoy.