Oyster prices could skyrocket if we don't change our shellfish ways 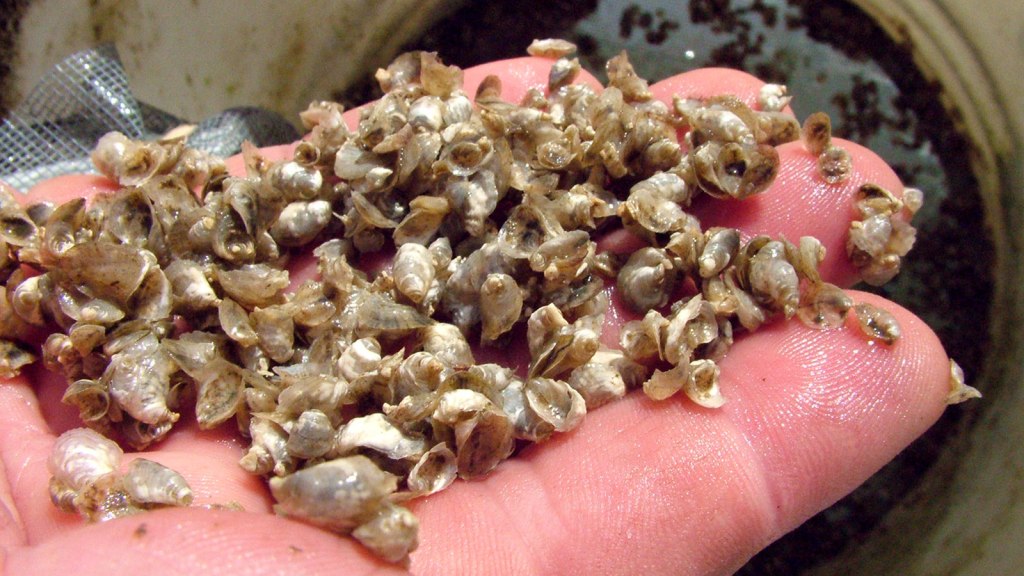 It’s early September and I’m standing with Benoit Eudeline overlooking the gray, evergreen-lined waters of Dabob Bay, an estuary off of Washington’s Puget Sound. Eudeline, the chief hatchery scientist for Taylor Shellfish Farms — the largest producer of farmed shellfish in the country — leads me to a tiny shed not too far from the shoreline. The shed is the lifeline for the hatchery; a command center of monitors and gauges helps make sure that the water being pumped in from the Bay doesn’t kill the millions of budding oyster larvae growing inside.

Eudeline and his team have real reason to worry about these slurpable delicacies. According to some estimates, our oceans are acidifying at rates 10 to 100 times faster than scientists have ever mapped before. By 2050, much of the Pacific Northwest’s oceans are expected to be 100 to 150 percent more acidic — bad news for oysters, the humble bivalves dying by the billions, as the water prevents many larvae from forming their shells.

I spoke with Eudeline about what ocean acidification means for the future of oyster farming. Here’s what the mollusk master had to say:

Upwelling is the natural process in which wind blows the ocean’s surface water aside and deeper water rises to the top. A common phenomenon along the West Coast, upwelling is a big part of why oysters in Dabob Bay are increasingly at risk. When CO2 dissolves, it forms carbonic acid, the same stuff we’re used to drinking in soda, and sinks to deeper waters (cold water happens to hold more carbon). But when those waters rise to the surface during an upwelling, that acidity can prevent oysters from forming a proper shell during critical phases in their larval development. “Upwelling has been happening for thousands of years,” Eudeline says. “Everything seems to show that the upwelling events are longer, they are stronger, they bring water from deeper depths, which is higher in CO2.” Oceans hold about 50 times as much carbon dioxide as air does — and now that carbon dioxide levels are at record highs, more and more of the greenhouse gas is being absorbed into the sea.

Ocean acidification is bound to get worse, before it gets better

It takes a few decades for all this acidic water to make it to the surface. That means the oyster die-offs we’re seeing now at hatcheries across the Pacific Northwest are being caused by carbon absorbed into the ocean at least four or five decades ago, when greenhouse gases levels were significantly lower. “The worst part is that even if I could push a button right now which would stop all CO2 emissions today, for the next 50 years things are going to get worse before they start improving,” Eudeline says. There are record levels of carbon dioxide in the atmosphere now, which means the worst might be yet to come for producers like Taylor Shellfish.

Shellfish operations could move inland, but be prepared to drop almost $20 on an oyster

If acidity levels continue to soar, operations like Taylor Shellfish could theoretically move their operations completely inland and harvest oysters in a lab. But the production costs would get stupid high. “Instead of paying $10 a dozen, you’re going to pay $200 a dozen,” Eudeline says. “That’s just the cost of what it would take to grow an adult oyster on a land-based system where you can control all the water quality.” Plus, growing oysters on land just isn’t, well, natural. Says Eudeline: “We rely 99.9 percent on nature to do the job. If nature cannot do the job anymore, that means there will be a decrease [in oysters] — there is no doubt.” Fear not, oyster lovers, we’re talking long-term worst case scenario here. But the prospect of being unable to raise shellfish in natural waters should be enough to motivate more research on acidification and to curb carbon emissions, before upwellings become through-the-roof acidic. Which is why …

Now is the time to act

Bottom line: Like oysters? Cut emissions. “It’s plain and simple,” Eudeline says. “The main cause is C02 in the atmosphere. How do you solve it? Well, there are hundreds of ways, but you have to lower emissions. It’s important to put the word out there that now is the time to act. People might think well, the sky is not falling yet, but I think it’s on its way.”