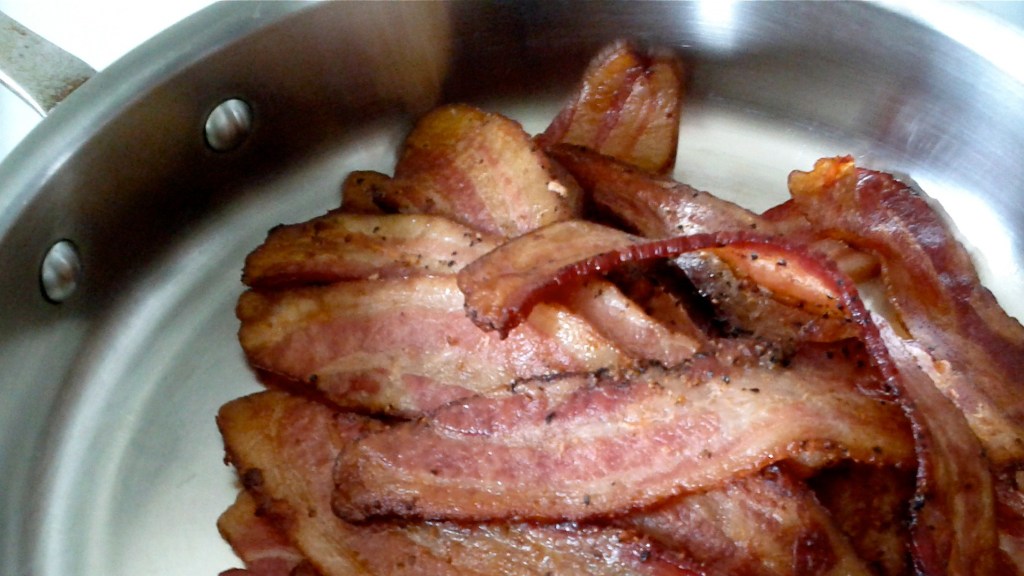 And the bacon craze continues: A motorcycle that runs on bacon grease is about to take a roadtrip from Austin, Minn., to San Diego in time for the International Bacon Film Festival in late August (yep, that exists!). The ride will be accompanied by a film crew that aims to produce a short documentary called Driven by Bacon; upon its return to Austin, the bike just might enjoy a place of honor at the city’s beloved SPAM Museum.

Built and sponsored by bacon producer Hormel Foods — and the brainchild of ad agency BBDO Minneapolis — this bacon-biodiesel bike is basically a ploy to get us to further our national obsession with the stuff, which is pretty unhealthy and kind of gross.

Still, there’s something to be said for a biodiesel that smells like breakfast, and Hormel’s Black Label Bacon plant in Rochelle, Ill., could certainly do something with its excess bacon grease, right? Of course, claiming that meat-based biodiesel is carbon neutral is kind of a stretch. Let’s just hope it’s not a road hog, too.