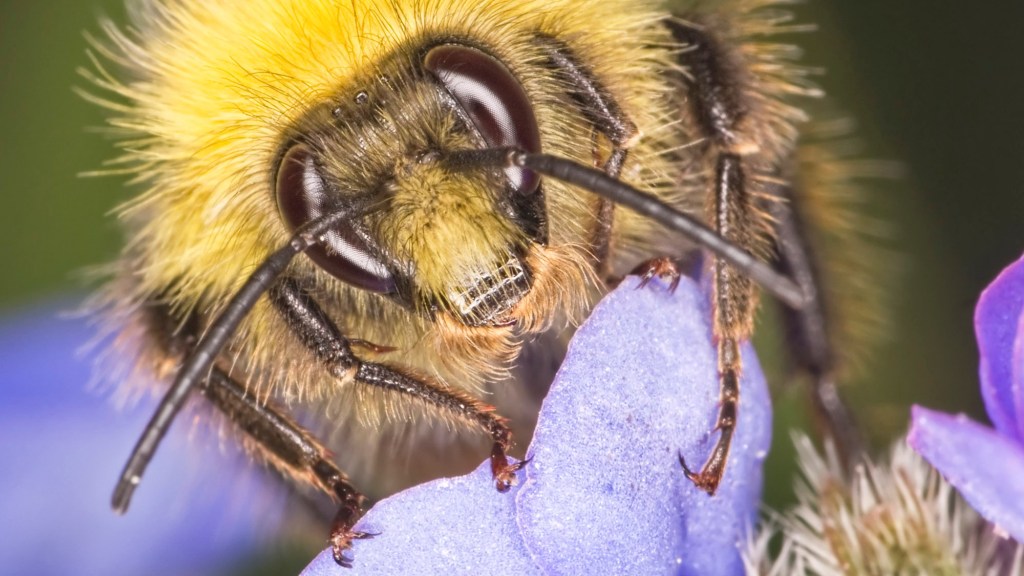 First plant STDs, and now this? Bees these days just can’t catch a break: New research shows that bumblebees that have been exposed to neonic pesticides are hopeless when it comes to gathering food.

British scientists reared commercial bumblebees for two weeks on sugar and pollen laced with imidacloprid, which is one of the world’s most commonly used insecticides. The pesticide concentration mimicked that found in farmed oil seed rape, which is grown for biofuel, vegetable oil, and animal feed. Similar colonies were fed pesticide-free sugar and pollen.

After the colonies were released into Scottish gardens to forage for their own food, the scientists monitored how much pollen and nectar the bees gathered and brought back to their hives. When it came to pollen, which is the main part of the bees’ diet, the differences between the pesticide-fed bees and those from control hives was striking. From the paper, published this month in the journal Ecotoxicology:

This study demonstrates that field-realistic doses of these pesticides substantially impacts on foraging ability of bumblebee workers when collecting pollen. …

Pollen is the main protein source for bumblebees and is particularly important for the rearing of young to replace older workers. It has been suggested that foraging for pollen is more challenging than foraging for nectar, and it is usually restricted to dry, sunny weather, whereas nectar can be collected in most conditions except heavy rain, so that pollen rather than nectar shortages are more likely to limit colony success

The research was conducted on buff-tailed bumblebees — not on the more familiar honeybees. It’s “quite likely” that neonics have similar effects on the pollen-gathering ability of honeybees, researcher Dave Goulson told Grist. “But, obviously, we can’t say for sure.”

Previous research has shown that honeybee behavior is also affected by neonics — and scientists fear that those behavioral changes could be linked to the growing problem of colony collapse disorder. “Nonlethal exposure of honey bees to thiamethoxam (neonicotinoid systemic pesticide) causes high mortality due to homing failure at levels that could put a colony at risk of collapse,” French scientists wrote in a paper published in the journal Science.