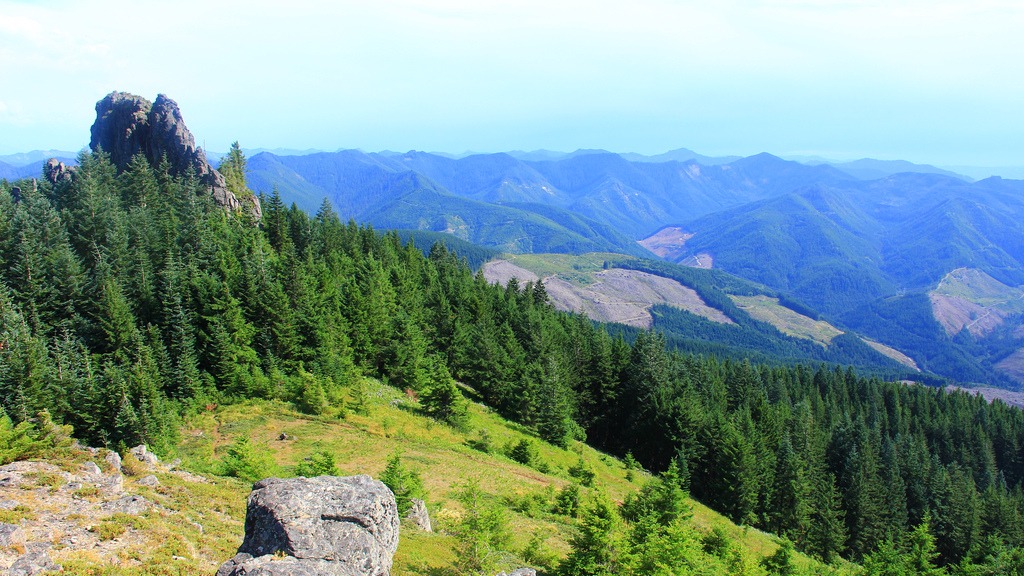 Root-rotting fungi have lived among the Douglas firs of the Pacific Northwest for thousands of years — perhaps since the last ice age. They’re an invisible part of the sweeping forest scenery, ready to fell a sick tree or feast on a dead one.

But, in case you haven’t noticed, things have been going a tad crazy with the environment lately. Douglas firs in the Pacific Northwest have been dying, costing the timber industry millions of dollars a year. Some have been killed by beetle attacks; others by fungal diseases. Tree die-offs in the region have become so bad that scientists fear the natural carbon sink — that is, a place where plants pull carbon dioxide out of the atmosphere — is turning into a net emitter of the greenhouse gas.

And scientists fear the problem will grow worse as the globe continues to warm. A new report warns that climate change threatens to usher in an era of unprecedented root-rotting fungus infestations.

“Root diseases in managed western forests are a major contributor to the loss in timber productivity, revenues, and environmental benefits — negative impacts that will likely continue to increase, especially in the context of climate change,” states the report, which was published by the Washington State Academy of Sciences. “Anticipated climate change could increase the spread rate of the pathogen as well as host susceptibility.”

Laminated root rot, one of several major tree diseases caused by fungi in the region, is already thought to be reducing timber harvests by 5 to 15 percent. Warming temperatures combined with reduced snow and rainfall are forecast for the North American range of Douglas firs, and that’s expected to further “stress” the trees. Fungal pathogens tend to prey on weak individuals.

“Additional host stress is the primary driver of the assumption that diseases such as laminated root rot will increase,” Karen Ripley, a forest health manager with the Washington Department of Natural Resources, told us. “Because the host tree is likely to be more moisture stressed, the fungus may be more able to overcome host defenses, and the host may be less able to compensate for loss of roots.”

Even if the fungus doesn’t kill directly, an attack can leave trees vulnerable to fire, to beetles, or to toppling over in strong winds — and climate models warn of stronger wind storms in the region. Some dead trees are good for a forest, as they provide holes used for nests by birds and other wildlife. But trees killed by fungus tend to fall over and break down quickly.