Bison ranching is growing in the U.S. — and so is the debate over how to raise them 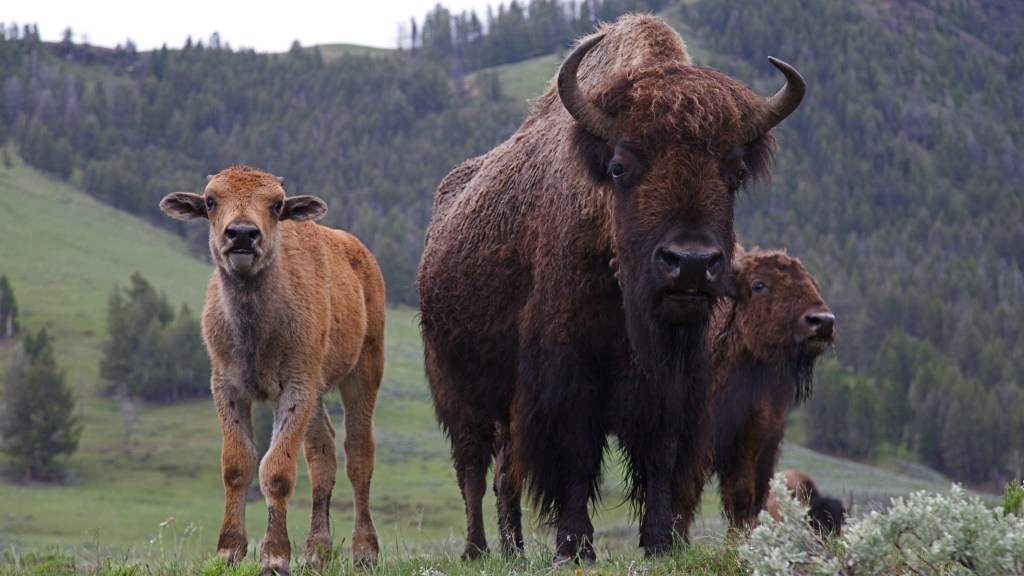 Bison ranching is growing in the U.S. — and so is the debate over how to raise them

You know buffalo have made it in America when two former vegans are selling bison and bacon bars down in Austin, Patagonia launches its own line of buffalo jerky, a chef in Colorado is serving grass-fed bison tartar to celebrate the meat’s “preciousness,” and Whole Foods is hawking the stuff at $25.99 per pound (for strip steaks).

Of course, bison already had it made in America back when they roamed the country’s open plains by the millions, happily eating, pooping, and procreating, while — perhaps not so happily — also serving as nourishment for Native Americans. But then European settlers showed up and, together with bovine disease, pushed the population to near extinction.

Anyway, why dwell on the past when there are 100 percent natural buffalo cranberry sticks in the present?

A few decades ago, there were only about 30,000 bison left in the U.S. Today, there are closer to 500,000, and as the country’s appetite for buffalo continues to grow, the question is: Will this industry go the way of industrialized meat, or will it settle for a smaller share of the market and maintain its romantic, straight-from-the-ranch appeal?

As The New York Times reports, there’s somewhat of a “generational war” going on right now between old school ranchers who switch their grass-fed bison to grain for the last few months of their lives and then slaughter the animals like cattle and a younger cohort that’s more interested in seeing “America’s original red meat” raised entirely on grass and slaughtered as humanely as possible:

“These are the same people who are saying, ‘Where is my coconut water?’” said Sean Lenihan, a marketing expert and CrossFit aficionado from Los Angeles who has turned his attention from selling electric cars and Beats headphones to grass-fed bison, which he said is “bulletproof in its authority and its health profile.”

Lenihan’s company, Honest Bison, is where those two former vegans down in Texas get the grass-fed meat for their bars and “bites.” And the health benefits that he’s referring to are the meat’s leanness and high omega-3 fatty acids content (grain-finished bison are less lean and contain fewer omega-3’s).

On the other side of Lenihan, you have people like Ted Turner, aka the Mouth of the South, aka Captain Outrageous. Turner is the media mogul who brought us CNN, TNT, and Turner Classic Movies. He was also the mastermind behind Captain Planet and the Planeteers (seriously!) and has challenged rival media mogul Rupert Murdoch to a fistfight — twice.

More to the point, Turner now owns more bison than anyone else on the planet, according to The New York Times. He raises them on 1.9 million acres of ranch land, feeds them grain for the last few months of their lives in order to accelerate growth, and uses their meat in his chain of restaurants called Ted’s Montana Grill (full disclosure: I have eaten at Ted’s, and everything is delicious).

Still, Turner’s no bison tyrant. He didn’t eat even eat the stuff for about 10 years after buying his first buffalo back in the ’70s, the New York Times reports, because he saw them as pets. And one of the major reasons why he opened Ted’s in the first place was to create demand for the meat and help the population rebound.

But regardless of who you side with in this old vs. new, grass vs. grain, foodies vs. the Mouth of the South debate, it’s unlikely that bison will overtake beef anytime soon. There are currently about 90 million head of cattle in the U.S., and we eat an average of about 55 pounds of beef per year, compared to just a couple of burgers worth of bison.

So until hipster McDonald’s picks up on the trend and starts selling Buffalo Big Macs or Bison McNuggets, we can all relax and pop some Bison Bacon Chia Bites or chow down on one of Ted’s Canyon Creek Bison Burgers and know that we’re doing our part to bring back the mighty buffalo.