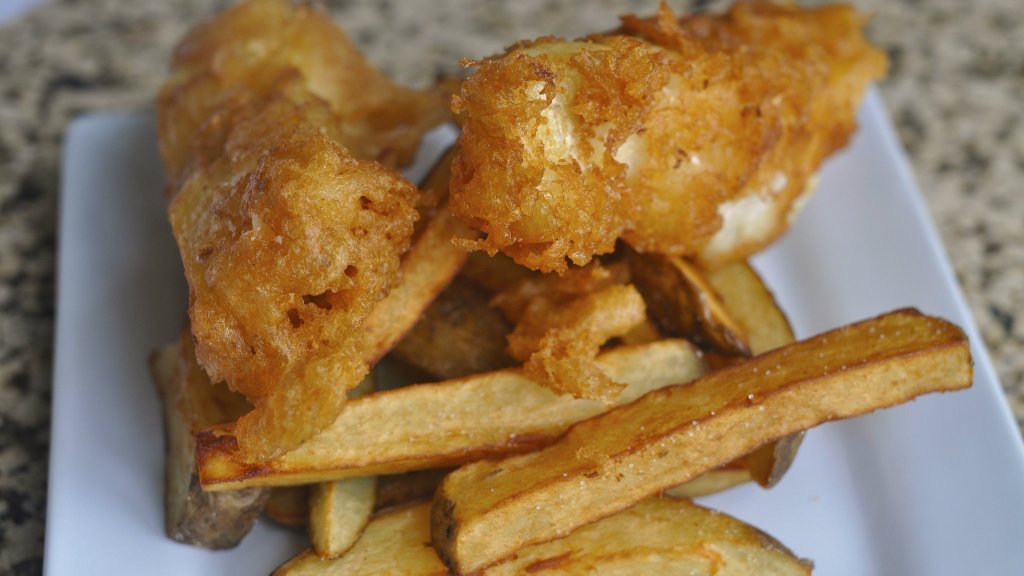 Humans did in the dodo; annihilated the Great Auk; likely mowed down the moa; and definitely pwned the passenger pigeon. What can we say? We were hungry.

But what if we used the power of our collective munchies to SOLVE problems, rather than cause them? As NPR reported yesterday, entrepreneurs along Midwestern waterways are trying to turn back the tide of invasive Asian carp by frying them in breadcrumbs — or at least by convincing someone else to.

Asian carp breed like rabbits and are about as popular on contemporary American dinner plates (though broiling Bugs gets plenty of media coverage, the nation isn’t exactly lapin it up). They slipped into our rivers in the ’70s and can now be found all along the Mississippi River watershed, throughout a dozen states. In some places, the fish’s density is as high as 13 tons per mile. Picture that load of carp.

The two species of invasive carp — silver and bighead — have been found within 50 miles of the Great Lakes (if they haven’t already made it there). If these big breeders-and-feeders get into the lakes, they could cause big problems by crowding out many of the other species there. And did we mention that Asian carp are known for leaping out of the water when frightened, like by a boat motor? The region’s spendy tourism and fishing industries could take a carp to the face, literally. (“Oh crap, they hurt!” says one expert.)

In the U.S., these fishy invaders are more likely to be processed for fertilizer and pet food than fancy hors d’oevres, though one Kentucky fisherman has suggested we split the difference and sell carp in school lunch programs. (Apparently, they’re rather bony, and don’t make for good sliders.)

But until the grade-schoolers start doing their part, our best hope may lie back in the direction from whence they came. One company in Kentucky is gutting and freezing whole carp to sell to China, where they are considered a delicacy. More than 500,000 pounds have already been successfully — and, we hope, tastily — repatriated.

This is not the first time someone has suggested battling voracious invaders with our own infamous voraciousness. And carbon-footprint-wise, it would be better if we could solve the carp problem within our own borders, which means Americans might need some palate-expanding. Well-known alien-eater Jackson Landers promises that carp taste just like cod or haddock (read: fry them) and sustainable sushi whiz Bun Lai pairs them with scallions and fish sauce (the name of the roll? Carpe Diem, of course).

Besides providing fertile territory for puns, invasive species do take a real toll on the economy. From Outside:

A decade ago, researchers estimated the annual cost of invasive species in America at $120 billion, which is more than the U.S. spends to maintain its roads. And that includes only measurable items — such as crop losses, the $1 billion municipalities spend each year to scrub zebra mussels out of their water pipes, and so on. Ecological costs are harder to quantify but staggering: Nearly half the species on the U.S. threatened and endangered species lists were put there by invaders.

Elsewhere, foreign palates are learning to crave the taste of invaders from America (the non-human kind). An invasion of New England slipper shells in France has at least one intrepid chef putting aside the escargot in favor of these sea snails, tastily re-branded as the “berlingot” or candy of the sea. If French culinary snobs can swallow enough sea candy to save their bays, I think I can manage an order of carp and chips. (Python and kudzu may be a thornier problem, but never underestimate the power of a nice beer batter.)