This pickle chandelier is a delightfully mystifying take on alternative lightbulbs 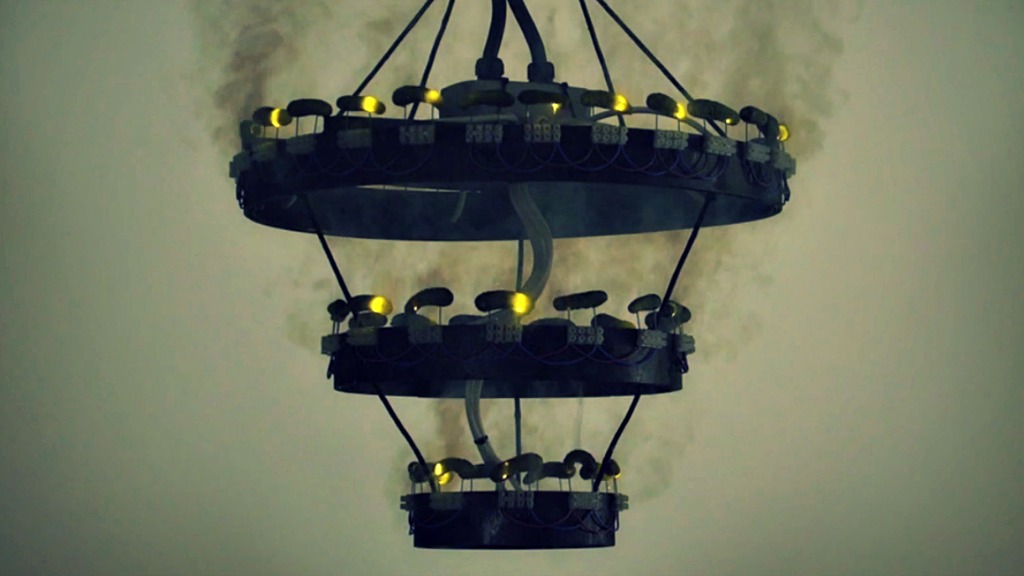 This pickle chandelier is a delightfully mystifying take on alternative lightbulbs

If you shoot 300 watts of electricity through a little pickle, it glows, thanks to the acetic acid and sodium chloride in its vinegar. And if you wire together 60 pickles and give ‘em enough juice to light a city block, you can have a gherkin chandelier on your hands! Who knew?

“We knew you could use any pickled foods, even hotdogs, for improvised food-based light features. But gherkins are best through their high water content and translucence, the ultimate food based bulbs!” says Bompas.

“The prince of pickles works as a high resistance material, like the filament in a bulb with a ghostly yellow light. The electricity excites the sodium ions in the salt. Falling back to ground state they emit light at a frequency called Sodium D-line. This light frequency has allowed space scientists to identify sodium in Mercury’s atmosphere.”

As you can see from the video, pickle-lights leave something to be desired, unless you like your light fixtures smoking and sizzling ominously. Then again, maybe that’s just the price you pay to celebrate the mundane. Not so ordinary when they’re about to burn your house down, are they?

We’ll say this for the gherkin chandelier: It sounds way tastier than LEDs.