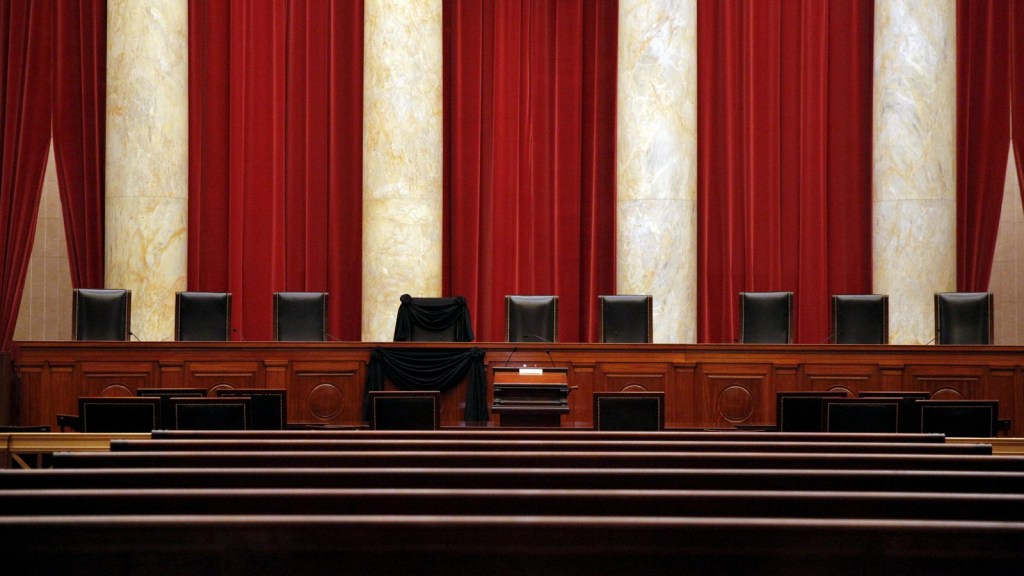 Despite the howls coming from Mitch McConnell’s office, the White House has begun vetting potential replacements for Justice Antonin Scalia, who died last month after three decades of treating the Constitution like a sacred rulebook sent from God above.

Chief Judge Merrick Garland, U.S. Court of Appeals for the District of Columbia

Garland, a former prosecutor and moderate liberal, was first considered in 2010 for the seat that ultimately went to Eleanor Kagan. While Garland isn’t exactly a climate warrior, he did write the 2004 D.C. Appeals Court decision in favor of the Sierra Club, ruling that under the Bush administration, the EPA was neglecting smog standards as required by the Clean Air Act.

Judge Sri Srinivasan, U.S. Court of Appeals for the District of Columbia

Before serving as a circuit judge, Srinivasan worked in the private sector — and it’s that work that has some environmentalists concerned. In addition to representing Jeffrey Skilling, disgraced CEO of Enron, Srinivasan also represented a little fossil fuel outlet called Exxon Mobil. Specifically, Srinivasan defended Exxon in a suit brought against the company by a group of Indonesian villagers. The plaintiffs alleged that Exxon-employed guards murdered, tortured, and raped people on island of Sumatra, and in response, Srinivasan argued that Exxon wasn’t liable for human rights crimes perpetrated abroad. He also defended the international mining company Rio Tinto against allegations of abuse. Not a great sign for greens.

Watford, who began his career as a clerk for Justice Ruth Bader Ginsburg, spent a decade as federal prosecutor before joining the bench. Since then, he’s authored two notable — and mixed — opinions on environmental law, according to the Georgetown Environmental Law Review: In one, he argued that the Forest Service violated the Endangered Species Act. That was good. In the other, he argued that the Secretary of Interior didn’t have the authority to revoke an oyster farm’s permit to farm on a national shoreline — even if that shoreline is in a wilderness area. Environmentalists were mixed on the issue, but it ultimately it didn’t matter, since Watford was in the minority.

Jane Kelly was a public defender for 17 years before joining the Court of Appeals three years ago. In that time, she’s written over 80 opinions for the court, and most of them, according to legal experts, are right down the middle. She doesn’t have a record on environmental law, but she does have the backing of Iowa’s Sen. Chuck Grassley, a noted climate change denier. That’s not exactly promising — but then again, the National Review sure seems to hate Kelly, so she can’t be all bad.

Ketanji Brown Jackson was nominated to the U.S. District Court by President Obama in 2013 and was largely unopposed by Republicans. Jackson has a long record on the environment and conservation: She’s heard challenges to the oil industry, federal loans to promote clean energy, and, in a big win for the Obama administration, she rejected a 2015 lawsuit brought by logging and grazing interests against the Forest Service. However, in 2014, Jackson ruled against the Sierra Club’s challenge to a 600-mile crude oil pipeline, making her environmental record rather mixed. She’s also related to Paul Ryan by marriage, but you can’t really choose your family.

Whoever ends up replacing Scalia — be it one of Obama’s nominees or one of President Trump’s — the court will soon be deciding on cases that will have a major impact on Obama’s environmental legacy — most notably, challenges to the Clean Power Plan and the Clean Water Act. But regardless of who the justice is, he or she would be hard pressed to be as bad for the environment as Antonin Scalia. Then again, this is America — the land where anything can happen.