Coronavirus is accelerating the rise of alternative meat 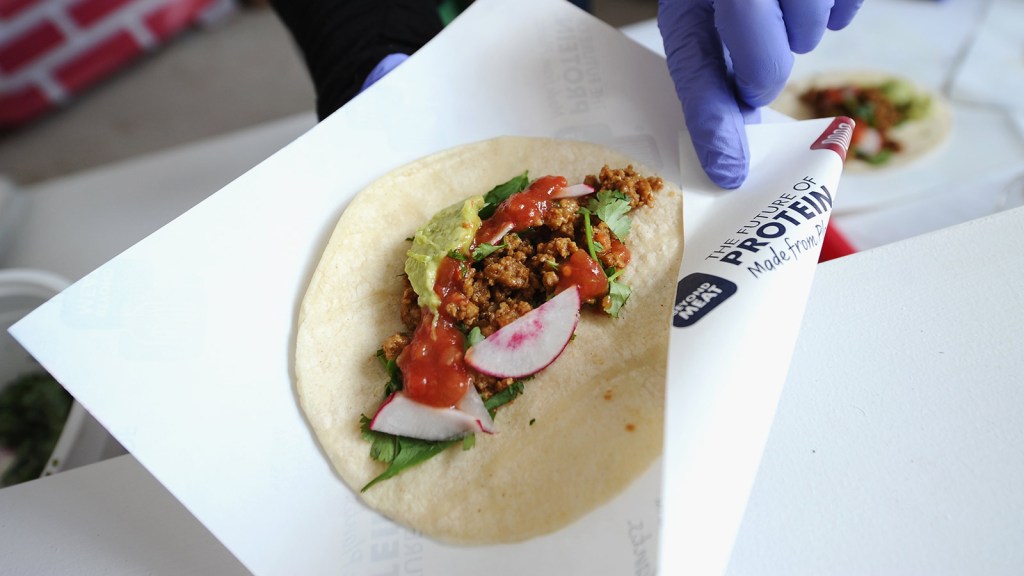 Coronavirus is accelerating the rise of alternative meat

As with toilet paper and cleaning products, you probably didn’t fully appreciate meat until the coronavirus pandemic snatched it away. The distribution infrastructure that normally gets plenty of beef, pork, and chicken to American grocery stores has begun to buckle as meatpacking facilities become COVID-19 hot spots and shutter, leaving farmers with nowhere to send their animals. Those livestock are consequently growing too big to process, so farmers across the Midwest are having to gas or shoot tens of thousands of animals and throw them away, all while millions of Americans are going hungry.

The core problem behind this wastefulness is the convoluted way we consume protein. Farmers grow protein in the form of feed, which other farmers supply to their livestock; the animals convert that into new protein in the form of flesh, which is prepared in processing plants and sent to stores. That’s a whole lot of middlemen, and more links in the supply chain that can snap.

But in recent years, alternatives have emerged, promising to cut out those middlemen. Companies like Impossible Foods and Beyond Meat skip the livestock entirely: Their factories convert plant material into a striking imitation of real meat. Other companies are experimenting with growing animal cells in a lab to make ground meat products like chorizo. University researchers are even experimenting with how to give that mushy meat structure to one day grow steaks in the lab. So given their simplified supply chains, might such alternative proteins rocket into widespread consumption during the pandemic, supplanting traditional meat?

Well, Nielsen reported that in the nine weeks ending on May 2, sales of alternative meat products in grocery stores went up 264 percent. But really, alternative meat options were well on their way before the pandemic hit. The Impossible Burger and Beyond’s meat substitutes have infiltrated the fast food market, popping up at Burger King, Carl’s Jr., and Del Taco, and are now available in grocery stores nationwide. Beyond Meat officials say their first-quarter sales to food service locations were up over 50 percent this year compared with the last. Impossible Foods execs say they’ve seen an 18-fold increase in retail coverage from the beginning of the year.

For these companies, the potential to scale up their production is considerable. “We’re in the early stages of ramping the entire supply chain,” says Impossible Foods president Dennis Woodside. “Our belief is that over time, we will get down to the same pricing, if not lower pricing, lower costs, than the animal because of effectively taking the middleman out.”

One of the reasons fake meat makers can grow relatively quickly is because they can halt or ramp up production at their factories on demand. Farmers, on the other hand, have to wait for their animals to grow big enough to slaughter. And to continue scaling up, fake meat companies mainly have to build more factories, which take up far less space than livestock do to make the same amount of protein. For instance, a Beyond Meat spokesperson says that compared with a quarter-pound U.S. beef burger, its same-sized patty uses 99 percent less land and 93 percent less water.

In some ways, these facilities may also be less susceptible to outbreaks of diseases like Covid-19 than traditional meat processing facilities. As Wired previously reported, workers in a meatpacking plant work shoulder to shoulder at a frenzied pace, breathing heavily. Aggressive ventilation systems meant to prevent spoilage end up blowing respiratory particles around, and low ambient temperatures increase the survival of the novel coronavirus. Making matters all the worse, workers often ride company buses to and from a meatpacking plant, ensuring they remain in close contact even outside of the facility.

Facilities that produce plant-based meat rely heavily on machinery to mix and extrude ingredients, so employees aren’t standing as closely together as they would be in a meatpacking plant. “The facilities processing plant-based meat ingredients are cleaner, they’re safer, they’re more highly automated,” says Caroline Bushnell, associate director of corporate engagement at the Good Food Institute, which promotes the alternative protein industry. “Extruders can turn ingredients into meat. So there’s no hanging of animals or chopping of animal carcasses to create cuts of meat.”

But they still require employees to run the equipment. So as a precaution during the pandemic, Beyond Meat’s spokesperson says, they’ve implemented social distancing, for instance putting temporary limits on the number of people who occupy common areas at a given time. An Impossible Foods spokesperson says the company is also enforcing social distancing, as well as tracking COVID-19 transmission rates around its production facility in the Bay Area. Meatpackers are taking precautions too, including doing employee temperature screenings and boosting their cleaning schedules. But, says Bushnell, “It’s much easier to social distance in a plant-based meat manufacturing plant, which is significantly more automated than a slaughterhouse.”

Their facilities may be better equipped to ride out the pandemic, but alternative meat companies face their own challenges in the months, even years, ahead. “There’s just absolutely enormous potential in these sectors, and they’ve reached major milestones, especially in recent years,” says Saloni Shah, a food and agriculture analyst at the Breakthrough Institute, an environmental research center. “However, COVID-19 and economic crisis sort of threatens to impede the industry’s rapid development.”

After all, the meat industry has been at this for a long while now. The pandemic may be exposing serious weaknesses in its supply chain, but it doesn’t have to rely on research and development teams to create products and improve on formulas, like these food tech companies do. The technology behind lab-grown meat in particular is so new, much of the research is coming from university labs, which may now be shuttered during the pandemic.

The coronavirus shutdown, Shah says, “comes at a really important and critical turning point as companies are starting to launch new products and large production capacity and establish themselves. This industry is still in its early days; this is the important thing to remember.”

It’s also important to put this all in a global context. Americans may be frustrated by the lack of meat in supermarkets, and may be turning more readily to alternative proteins, but for the billions of smallholding livestock keepers in the economically developing world, animals are much more than meat — they’re beasts of burden, milk producers, and even currency. These people can’t get by on Impossible or Beyond burgers. In Africa, in particular, smallholding livestock keepers are facing an unprecedented confluence of threats. Just as COVID-19 is spreading throughout the continent, so are massive swarms of locusts. The Food and Agriculture Organization (FAO) estimates that millions in Ethiopia, Kenya, and Somalia are already facing dire circumstances, and that the pandemic could further devastate food production and distribution in the region.

“We are in a very fortunate position of producing enough food,” says Alison Van Eenennaam, an animal geneticist at UC Davis, speaking of the U.S. But in Africa, she continues, “I think the projections that you’re seeing from the FAO is truly biblical starvation in these countries. And I think we haven’t even begun to see what COVID is going to do to their food supply.”

In America, now that the industrial meat supply chain is floundering, its uncanny imitators might be primed for success. Consumers who were introduced to the products in fast food restaurants over the last few years seem to be seeking them out in grocery stores, now that everyone is cooking at home more. And the dinosaurs of the industry have certainly taken notice. “We’re really happy to see that most of the big meat companies have now launched plant-based options in the past year, and are increasingly active in alternative proteins,” says Bushnell, “which we actually believe is also good for industry incumbents, like Impossible Foods and Beyond Meat, as it further mainstreams plant-based meat. A rising tide lifts all boats.”