Since the end of World War II, poultry companies have been fine-tuning a system that gets farmers to compete to grow the most poultry. It’s called the tournament payment system, and by now it’s fiercely efficient, rewarding farmers who churn out big chickens on the cheap and penalizing those who don’t.

It’s a system that infuriates some farm advocates. In his book The Meat Racket, Christopher Leonard describes the plight of farmers who lose out under this system: For every farmer who gets a reward, there’s another who loses money, and sometimes, loses the farm. But chicken industry leaders and some academics maintain that the payment system does more good than harm.

Who is right? We decided to take a close look. Here’s what we found: There’s abundant evidence that the tournament system (a term the industry disputes) can drive farmers to bankruptcy, but it’s anecdotal evidence. The agricultural economists we talked to for this story all said that while this system has certainly sunk some farmers, it has helped even more. To know for sure, we’d need more data.

The modern chicken business works like this: A vertically integrated company like Tyson owns every step of the process from top to bottom, except for one: the farming. The company provides all the chicks and the feed to farmers, who have a contract to house and feed them. The farmer grows the birds to market size and then, after the poultry company picks them up, gets a check. The size of that check depends on how efficiently the farmer converted feed to meat. And here’s where the tournament comes in: The companies grade on a curve. That is, their definition of efficiency is set by the best — or luckiest — farmer in the group. If you are growing the biggest chickens in your group you get a bonus, but if your flock is relatively scrawny, you get penalized.

A certain number of farmers are routinely chewed up and spit out by the vagaries of modern chicken production. The nonprofit Rural Advancement Foundation International-USA is one of the main organizations that advocates for these farmers. RAFI Executive Director Scott Marlow says the tournament system exacerbates the problem.

“No matter what happens, some of the farmers are always going to win and lose, but the company always wins. Farmers have to consistently compete, but the company’s average payment is always the same,” he said. Farmers have a lot riding on their bet that they’ll be able to do better than their neighbors. “Most poultry farmers take out very expensive loans for their facilities. A million plus is an average loan. In most cases the farmer’s home, land, and assets are tied to those big loans,” he says.

“If a person gets dropped in their ranking, then they are unable to start paying back these loans, so it forces farmers to chase after upgrades in the hope they can make more money,” Marlow says.

In his book, Leonard tells the stories of farmers who fail under the system. His tales all follow the same pattern: A working class family invests its nest egg plus a big loan from the bank to buy and modernize a chicken farm. At first, they might do well, but as time passes, other farmers surpass them, and they start making less and less. Finally, they go bankrupt, and sell the farm to the next round. During Leonard’s reporting, Laotian immigrants were buying chicken houses. Then they too started losing them.

If this were the rule, and not the exception, there would be a huge problem here. It would mean that the big poultry companies are essentially exploiting the life-savings of farmers to continuously upgrade chicken houses. Tom Vukina, who studies poultry industry organization and economics at North Carolina State University, says that’s pure poppycock. “Ask yourself a question,” he wrote in an email. “How come that this scam has not became public knowledge, and how is Tyson able to sign up new growers every year and has been doing so for almost 50 years?” In other words, if the game is rigged and most farmers go bankrupt, why do these poultry farmers have waiting lists of farmers looking to sign up?

The obvious answer is that the game isn’t rigged, and more farmers win than lose, he says. In his work Vukina visits chicken farms, and he says that the farmers aren’t living in squalor. In fact, there’s enough to be made off chicken contracts that some wealthy individuals have started buying up houses and paying farmhands to manage them. Several economists said it’s a mistake to think of farmers as benighted patsies; they are more likely to be exacting business people. 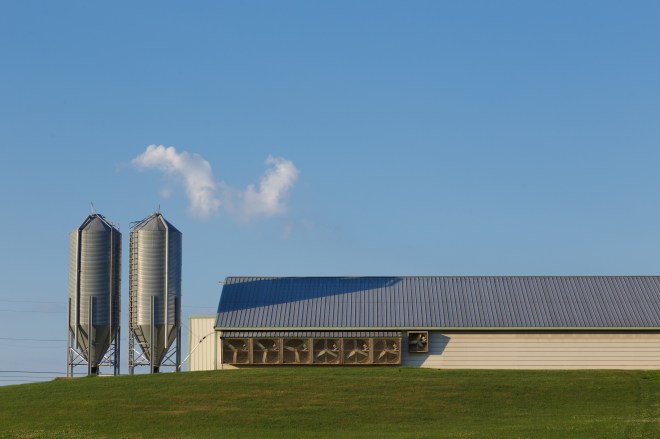 Vukina says tournaments are “a rather elaborate scheme with tremendous positive features built over 70 years. There’s no way for a company to monitor a contract grower 24-7 with company-owned feed and company-owned chicks. The grower needs to be motivated to do the right thing for the [company]. Effort is not observable. So a tournament allows me to observe an unobservable action. Tournaments are just a payment mechanism, and I think the best thing since sliced bread.”

“If, as a society, it is our goal is to create an efficient, consistent product, these structures are best to do that. They’re setting it up so that every chicken you buy tastes the same and is produced at the lowest cost possible,” said Todd Kuethe, a professor in the agriculture and consumer economics department at the University of Illinois.

In fact, all the (three) agricultural economists we spoke to praised the tournament system as the most efficient mechanism to deliver cheap, consistent chicken to American eaters. From the perspective of economic theory, the tournament is beautiful in its simplicity and its effectiveness. But that doesn’t mean it’s always good for farmers.

When farmers prove to be unlucky, or poor students of the game, the tournament payments are the mechanism to drive them out. A farmer can invest lots of money in the latest housing equipment, and work like a demon, and still lose money if the chicken company decides it doesn’t need many chickens. If there’s a huge demand for chickens, Vukina says, chicken companies “will squeeze in as many flocks as possible.” But when people stop eating chicken and prices start to drop, the companies send fewer flocks to the farmers. “If you have four flocks per year and are the best grower ever, in all likelihood you will lose money. Every additional flock makes a tremendous difference in the bottom line.”

So farmers might have a chance to profit from six and a half flocks in a good year, but from just four in a bad year. And no matter how much they are making, farmers have to pay the same loan payments to the bank.

Additionally, industry consolidation has made it harder for chicken farmers entering the tournament system to make money. “According to USDA data, a farmer who is in a geographic location [where there’s only one company to work with] will receive on average 8 percent less gross income off that operation, as opposed to a farmer in an area with four integrators [poultry companies]. At two integrators, it’s 4 percent less. Over half of American contract poultry farmers live in an area with only one or two integrators,” said RAFI’s Marlow.

If the main beneficiaries of the system are eaters and chicken companies, with farmers facing much more risk, we’re back to Vukina’s big question: Why are farmers lining up to participate in the tournament system?

Leonard says that farmers are just taking the best of bad choices. “If I’m a farmer in Waldron, Ark., I’m going to get into a rotten contract because there just aren’t any other jobs available,” he said.

Leonard’s reporting left him with the impression that an awful lot of chicken farmers are living in poverty. “You talk to someone trying to make a living off chicken houses and you are going to talk to someone living paycheck to paycheck,” he said. The farmers he met that had more middle-class lifestyles were also growing crops, he said. One man had a second job driving a truck at night. But Vukina says it would be unreasonable to rely on a couple of chicken houses for a family’s income. Both Vukina and Marlow estimated that, on average, chicken contracts provided about 20 percent of a farm family’s income.

“It’s like having a spouse being a school teacher and bringing in extra income,” Vukina said. “In fact, the opportunity to diversify into chicken farming has saved some farms that would have gone bankrupt — that didn’t have enough land to support themselves with row crops, but did support chicken houses.”

So is this overall a good model?

In a new analysis in the Agriculture and Applied Economics Association publication Choices, the authors offer up a detailed, very econ-speak look at issues around poultry contracts and the tournament system. The authors didn’t find a problem with tournaments per se, but they see a potential problem when just a few big poultry companies dominate the sector. They write: “The concerns about concentration are not without merit,” and: “At the same time, greater concentration has also led to unprecedented efficiency gains.”

Efficiency: Eaters see that as low prices at the grocery store. Or, as ag economist Kuethe says, “Some people end up with terrible jobs to make things cheap for us.”

How often is chicken farming a terrible, low-paying job? What percentage of chicken farmers make a good living? Ultimately, those are the questions we need to answer to close the book on this debate. Unfortunately, those numbers aren’t readily available. In the beef industry, you can look up prices and calculate rancher revenues because cattle are bought and sold on the open market. But in a vertically integrated system like the chicken business, there’s very little buying and selling. Everything happens internally. And the details of contracts between farmers and companies are secret. That leaves us reliant on impressions.

“If you interview 10 chicken farmers,” Leonard says, “eight of them are not doing well, and they are pissed off, and they don’t have control over the most important parts of their operation.” Vukina says people like Leonard are just suffering from sampling bias. “It’s absolutely clear to me where the problem lies,” he said. “This tournament system produces an outcome which is not random. People are either constantly losing or constantly winning.” The winners have no reason to complain, but the losers become a “very vocal one-third, maybe,” who get pissed off enough to seek media coverage.

We intend to keep searching for the data that could close this case. We have some ideas — perhaps we’ll find the answer in bankruptcy filings or loan defaults. (Let us know if you have the right stack of documents in your office.)