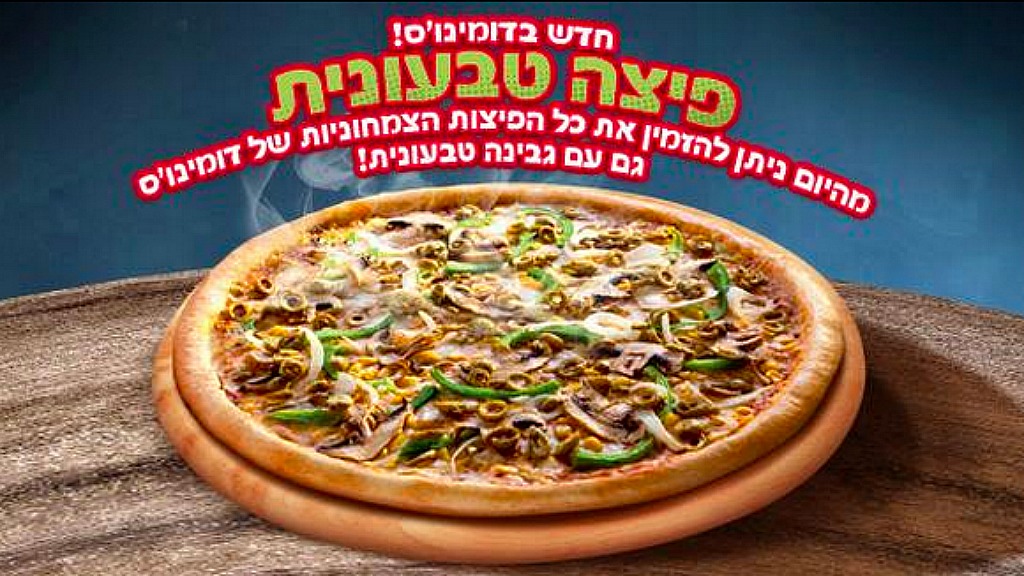 Get the door — it’s mediocre stoner food, minus the meat! At least, it is if you live in Israel. Domino’s just rolled out a family-sized vegan pizza at its 50 locations in the country, thanks to massive demand on Facebook. (We KNEW Facebook was good for something!)

Will it be any good? It’s Domino’s, so don’t hold your breath. But who cares? It’s vegan!

Before you get too excited, though, NPR’s food blog The Salt reports vegan Domino’s won’t show up in the U.S. anytime soon:

“We’ll be paying attention to [the vegan pizza in Israel], but it’s not something we’re working on here in the U.S.,” Domino’s spokesman Tim McIntyre tells The Salt.

Well, at least we have Amy’s.