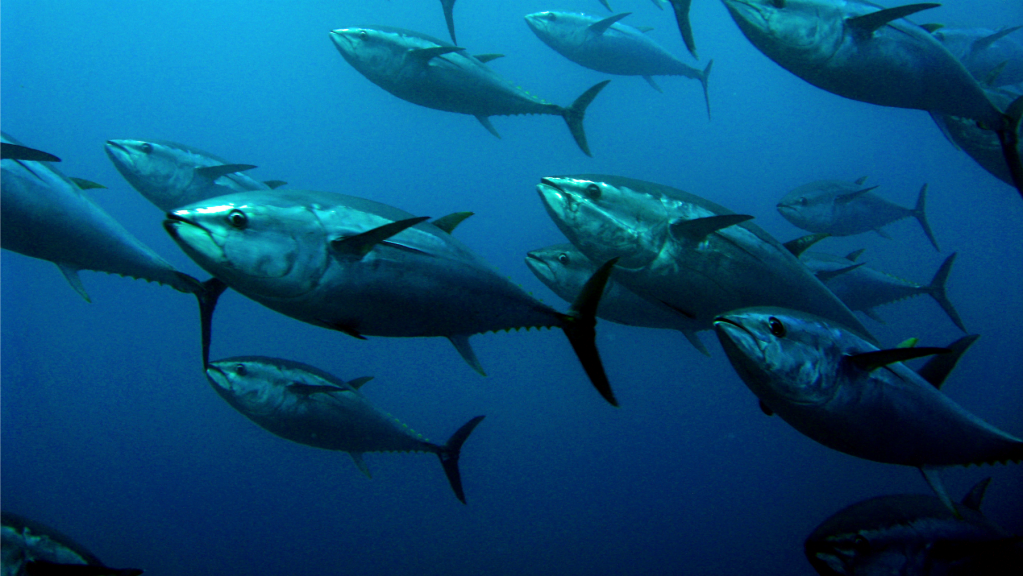 Close your eyes. Think fish. Do you envision half a ton of laminated muscle rocketing through the sea as fast as you drive your automobile? Do you envision a peaceful warrior capable of killing you unintentionally with a whack of its tail? These giant tuna strain the concept of fish.

When most of us think tuna, the image we conjure is more along the lines of a friendly looking tin of Starkist than a voracious top predator. But Atlantic bluefin — not actually the tuna you’d likely find in a can, but the type that ends up as expensive sushi — are just that. Because sushimongers’ insatiable appetites for bluefin are wiping the fish out of oceans, some scientists hope that aquaculture can relieve the pressure from the wild stocks. Turns out, that’s a hard thing to do.

Why? Well, think about it for a second: Would it ever sound like a good idea to farm tigers?

If you actually thought about that question, posited by journalist Paul Greenberg on NPR, I hope you answered “no.” Because, without even mentioning the structural complexities I imagine are involved in raising large, wild beasts, eating from the top of the food chain is incredibly inefficient.

A tuna’s natural diet consists of other fish. Lots of other fish. Right now, there are tuna “ranches” that capture young tuna in the ocean and then fatten them up in big net-pens. According to Greenberg, those ranches feed their tuna about 15 pounds of fish such as sardines or mackerel for each addition pound of tuna that can be sold to consumers. That kind of tuna production is environmentally costly.

We’re talking about a fish that can grow up to 1,000 pounds and swim up to 45 miles per hour across entire oceans here! Impressive, yes, but it takes a lot of energy to be able to do.

Of course it would be great if we could reduce demand for wild-caught bluefin. But here’s another idea: Why don’t we eat something else, instead? As they say, there are other fish in the sea.