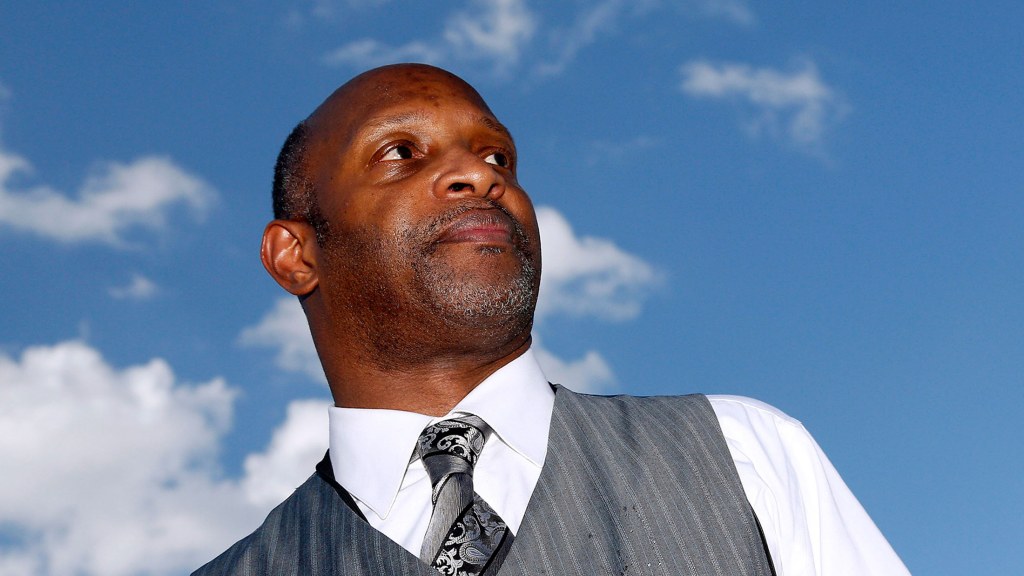 Rev. Michael Minor, a pastor at the Oak Hill Baptist Church in Hernando, Miss., is known widely as “the preacher who banned fried chicken in his congregation.” But he’s been pushing for holistic healthy living, beyond just fried food bans, for almost 20 years now.

Giving up the grease is a hard sell in the South, though, especially if people find such cooking emblematic of their culture — a complication explored recently in the documentary Soul Food Junkies, and as seen regularly on the cooking shows of former Southern glory Paula Deen. But eating healthy can’t be seen as a foreign concept in a state like Mississippi, which leads the nation in obesity and diabetes. Which is why Minor, and a team of pastors across the impoverished Mississippi Delta region, have made it their mission to change their members’ eating habits.

Minor’s work has earned him the support of First Lady Michelle Obama. Recently, he took his mission a step further by enlisting as a “Navigator,” an evangelist of sorts for the Affordable Care Act, helping people sign up for the troubled program.

I caught up with Minor by phone as he drove to Memphis to connect with more churches around expanding access to quality healthcare. What I learned: Grassroots movements really can influence federal policies, and he does not approve of New York City Mayor Bloomberg’s attempt to ban large sodas.

Q. So what made you want to take up healthy eating as a ministry?

A. Mainly it was concern for my flock. When I came to this church back in 1996, there were a lot of people there of a special size, and many were dying from diseases that were otherwise preventable. So I began to implement some things here around health and wellness. There were no grants or anything associated with it back then, I just wanted to help make things better. When we got a new fellowship hall it made that easier. We were able to monitor our meals a lot better, and the church changed from the place where you could get a lot of bad things to eat, to a place where you could now get good things, and it can still taste good at the same time.

Q. There’s some racial stigma around African Americans and fried chicken. Did you consider that when deciding to implement the fried chicken ban?

A. I check Google and I read all the usual negative things said about this. But I’m pleased because there are so many people across the color lines who are really applauding these efforts. I let the story go out because it ends up helping more people than hurting. Here you have an African-American pastor in the South saying we have to do better. So a pastor up in Boston who reads about this says ‘Well, I have no excuse to keep doing this if they’re stopping down South.’ I’ve come to the conclusion that you just have to be prayerful, give it all to the Lord and then all things will end the way it’s supposed to.

Q. So how did you get involved with Michelle Obama’s Let’s Move program?

A. You know, some people have been saying we started doing this healthy living ministry because of Let’s Move. In truth the [Let’s Move Faith and Communities] was in response to what we were doing with the National Baptist Convention. People are quick to think that government tells us what to do when really it was a grassroots effort that bubbled its way up, and now it’s making a difference nationally.

Q. So how did Michelle Obama learn about your work?

A. When she launched Let’s Move [her speechwriters] gave her a soundbyte, saying there is a minister in Mississippi who banned fried chicken in his church. Reuters did a story about our healthy living work and then a news reporter from New York Times picked up on it and did a story that made their front page. [Ed Note: That was Gulf Coast correspondant Campbell Robertson for the win.] So the First Lady saw it and they saw how we were putting health ambassadors in our churches. So when she came up with the Let’s Move Faith and Communities part, she made one of components having these health ambassadors in the communities.

Q. How did you get involved in the evangelism work around Obamacare?

A. In our church we abide by the “trinity of wellness,” which is healthy mind, body, and spirit. We haven’t had the tools to do much about the mind and body. One of the things lacking in our churches in Mississippi is access to health insurance. So it  was incumbent upon us to access any resource to further our ministry. So for us, the Affordable Care Act made sense.

Q. How do you feel about Southern states like Mississippi having the deepest poverty and some of highest rates around problems like obesity, but refusing to implement Obamacare?

A. The unique thing about Mississippi is here we’re mostly just the have-nots. We have a lot of people, whether black, white, or Hispanic, who are very poor, and so most in this state will qualify for the Obamacare subsidies. One of the best jobs you can get in Mississippi, for a lot of our families, is at Walmart. if you work at Walmart 30 hours a week, making just above minimum wage, you are considered to have a good job. The reason we end up being a red state is because of social issues, the main one being abortion.If you pulled abortion out of the equation, a lot of people might vote a different way. But in our church, we see big burly guys, white, who don’t look like us, but are poor like us and don’t have insurance. To them, they don’t care about coming into a black church, they just want insurance. They don’t care who is behind the insurance, they just want it. One white guy walked into our church the other day and said “I want some Obamacare”– said it just like that. [The Navigator workers] thought he was joking, but he was serious.

Q. Back to food justice, what have your congregations been eating in place of the traditional soul food staples?

A. We have a great couple at our church, the Lord blessed them to where they were fortunate enough to have some family land where they built a house and keep a garden. Our church [grows vegetables] on their garden. Also, Hernando is known for having of the best farmers markets in the nation. [Ed. Note: No, really.] We worked with our mayor and the state Department of Agriculture to secure a deal where people can use their EBT cards at the farmers market. We also have a network of churches throughout the Mississippi Delta that grow their own produce, like greens and peas and so forth. One year, we grown so many turnips, we thought we’d have to throw some away because we didn’t have enough people to give them to. So we coordinate through this network to get these crops to other churches, farmers markets, grocery stores, and restaurants.

Q. Less mentioned in stories about you is the fact you also banned sodas and sugary drinks at your church. New York City’s outgoing mayor Michael Bloomberg tried the same thing, but failed. Why do you think that was?

A. Well, for that was an economics thing too. We had kids and people buying canned sodas. They’d have a few sips and then leave the can somewhere, so we had a bunch of half-drunken sodas laying around the community. So we started pushing for people to drink more water and if they wanted something more flavorful, add Crystal Light and their money would go a lot further. But at the end of the day, people are going to do what they want to do. Anything you ban in America, some people will do it just to spite the ban. You have to change a person’s heart.

Q. So, you do or don’t approve of Mayor Bloomberg’s attempt to make that law?

A. No, I don’t believe you can make someone do right. I want to change people’s heart. One girl at our church was mad the other day because her teacher made her sit down. The little girl said, ‘I may be sitting down, but in my heart I’m still standing up.’ So I don’t believe in doing laws like that without first changing people’s hearts. Remember Prohibition? [laughs] That’s how Al Capone got rich.