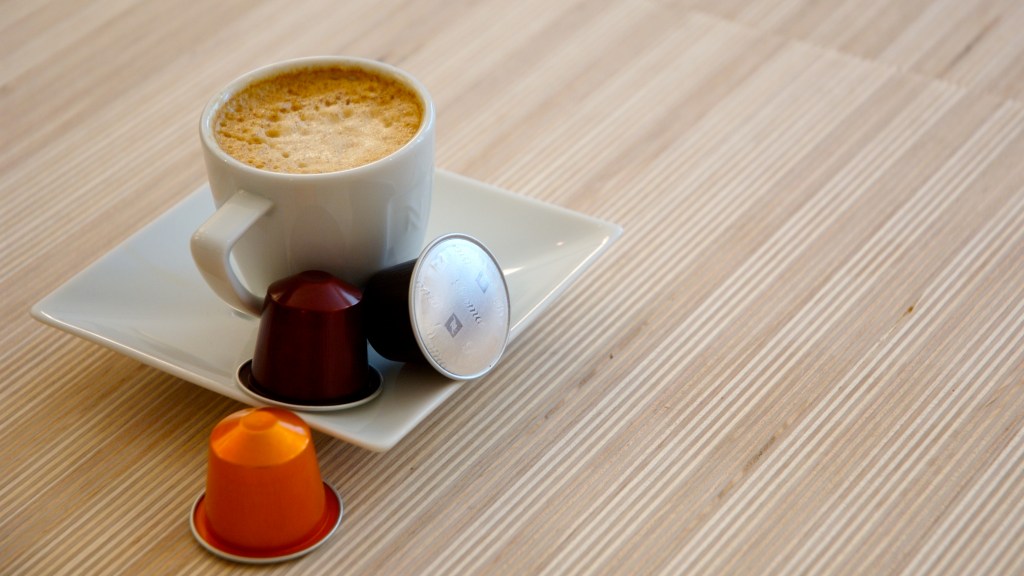 If you’re still clinging on to your precious Keurig machine because you are lazy and also hate coffee that tastes good, you now officially have zero excuses to continue contributing to the trash mountains of planet-wrecking K-cups. Portland-based Boyd’s Coffee, in partnership with developer Canadian coffee roaster Club Coffee, will soon start distributing a completely compostable version that’s compatible with Keurig 2.0 machines. Done it again, Portland!

You may be thinking: “Hmm — this sounds just like a regular ol’ coffee filter, only pre-filled with coffee grounds!” Alright, sort of. The difference, however, is that these pods are made from renewable, compostable materials. The rim of the pod is made of coffee bean chaff, the husks that come off the beans when they’re roasted — meaning you’d literally be brewing your coffee in coffee. Whoa, meta.

According to Portland Business Journal, the pods are coming out at the end of the year, after Boyd’s gets the pods OK’d by municipal compost manufacturers. But they shouldn’t have many problems with the process, as Club Coffee worked with experts and scientists from the University of Guelph to develop the pods to be 100 percent compostable.

These pods are a major step up from Keurig’s “green” version of a K-cup, the “EcoCup,” which are recyclable but — surprise! — still suck for the environment. Here’s more from Boyd’s on their move beyond recyclables:

John Pigott, CEO of Club Coffee, added, “Science shows that composting is an effective and conscientious solution to this growing environmental problem. Recycling isn’t a convenient or well-developed solution because hot pods full of coffee grounds must be carefully separated and cleaned before collection. And biodegradation is too slow of a process, taking centuries to break down the billions of pods in landfills.”

Ingenuity, in my opinion, is purest and most lovely when it involves making coffee consumption easier and faster. It’s also pretty nice when that ingenuity doesn’t produce enough plastic trash to circle the equator almost 11 times.

Correction: The original version of this article stated that Boyd’s Coffee developed the pods, instead of Club Coffee and scientists at the University of Guelph. The author has been sentenced to a day without coffee.