Gary Taubes bites into our national obsession with sweets 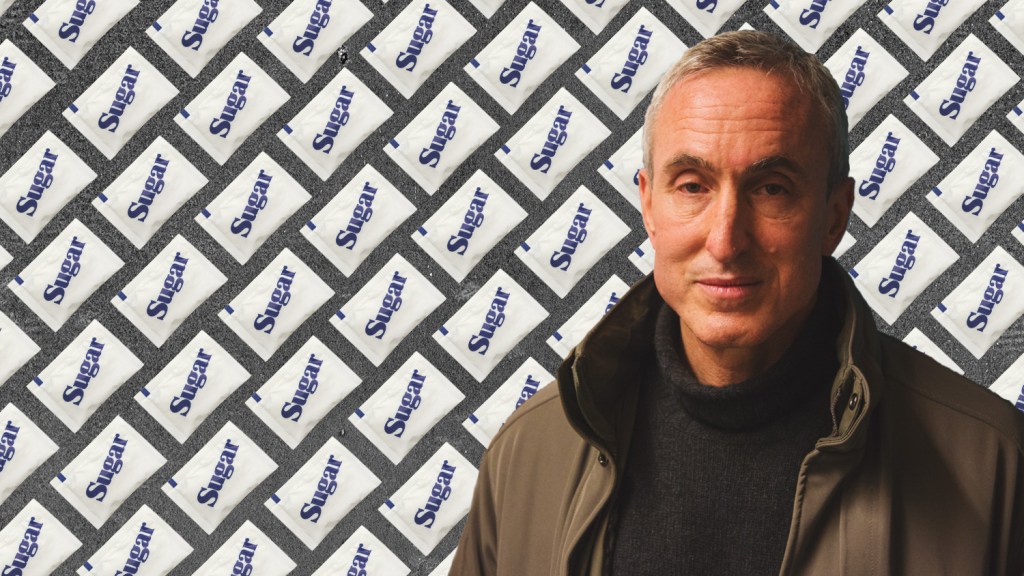 Gary Taubes bites into our national obsession with sweets

His gripe is bigger than seasonal sweets, though. In his new book, The Case Against Sugar, Taubes sinks his teeth into the sugar industry — producers of both sucrose and high-fructose corn syrup — and the diseases that they might cause. Obesity, heart disease, diabetes, and even cancer, he argues, are symptoms of a sugar-rich diet.

Big sugar has seen bad press like this before: It’s skittered out of similar accusations since the late 1600s, Taubes writes, when the English first got hooked on sugar from their colonies. Americans are living that legacy today, in our enduring love-hate relationship with sweets.

As of 2015, Americans ate around 126.4 grams of sugar per day — much more than any other country (India brings up the caboose, with just 5.1 grams daily).

Yep, sugar is in our morning coffee, in soda, in sports drinks. But Americans also eat sugar in less obvious ways. It’s baked into breakfast cereals and breads, and swirled into yogurt, salad dressing, and even cough syrup.

So while we’ve all heard that sugar is bad, the stuff is everywhere. At least, it is for now. In the last 20 years, the United States has curbed its sugar habit by 15 percent, partially thanks to rising awareness of obesity and diabetes. This new book builds on that momentum.

Taubes has stirred up controversy around our diets for years — his 2002 story in the NYT Magazine was responsible for a resurgence of the Atkins diet. His newest work is no exception. The science journalist stopped by Grist headquarters on a cold and clear Seattle day. We chatted about his latest sugar scrutiny, public health, and big picture solutions. Our edited and condensed conversation follows.

Q. Science has come to conflicting conclusions on sugar over the years. What convinced you to be the prosecution?

A. My research has questioned nutrition dogma for 16 or 17 years now. I’ve been dismayed by the quality of science in nutrition and much of medicine as well.

I just got to the point where I thought a lot of the discussion about sugar was ill-conceived, missing the point, and that I was ideally placed to lay out the case — what the stakes really are.

I describe it as the prosecution’s case because the evidence is ambiguous. All I can do is tell a story that’s consistent, that could be true, that I think is likely to be true; likely enough that I’m willing to risk being accused of scaremongering.

Q. Critics have called your argument reductionist, and balked at demonizing just one ingredient. How would you respond to them?

A. We have unprecedented epidemics of obesity and diabetes worldwide. We’ve got a director general of the World Health Organization who’s described them as “slow-motion disasters” and described the odds of the public health community preventing a bad situation from getting much worse as virtually zero.

And, the first step in curbing an epidemic is unequivocally identifying the cause.

If you think about the obesity and diabetes epidemics as crimes being committed, sugar is always on the scene. Either significant consumption of sugar or recent significant increases precede the epidemic. And, taking the criminal metaphor further, you can identify mechanisms. You can basically say, [sugar is] at the scene of the crime, they have the weapon to do it, and they’re even at the scene of the crime in the body, which is the liver. Why not make sugar the prime suspect?

Q. Let’s talk solutions. When you see things like soda taxes happening now, does that seem like progress?

A. Clearly something has to be done. The soda taxes — they generate discussion. If nothing else, they help communicate this idea that some very thoughtful people think that this is unhealthy and we shouldn’t be doing it. I worry about unintended consequences when governments get involved.

[Sugar] is going to be exceedingly difficult to regulate. I think you could probably get to the point where you could get the FDA to decide that sugar is not generally recognized as safe, but the effects on the food industry would be dramatic and also difficult to imagine because sugar is in so many products.

A. Not a lot, no. I’m an investigative science and health journalist. We get to criticize. We don’t have to actually suggest solutions [laughs].

I believe in education. I was able to quit smoking because I was aware that cigarettes were killing me. Without that, it would have been much harder to quit the addiction. Until now the message has been: [Sugar] is benign. And even if it’s not benign, it’s just empty calories. Have your Coca-Cola and then go to the gym. That doesn’t work.

Q. How does solving the sugar problem fit into the larger picture? What would it mean for the sustainable food system as a whole?

A. These are vitally important questions, but before we can decide how to fix the food supply and the environment, we have to understand correctly what constitutes a healthy diet for Americans. And that’s all I’m trying to do.

If we’d never had sugar, if we’d never got to this point, then everyone could eat mostly plants, fruits, vegetables, whole grains — the sort of iconic healthy diet — and we’re all good.

But we did get to this point. And the reality is that for 50 percent of Americans [who are diabetic or predisposed], mostly plants is probably not the healthiest diet. And for many of them it may not even be a healthy diet.

Q. Wait, what? Unpack that?

A. If I ask “why do your fat cells accumulate excess fat?” you start looking at the hormone insulin. You want to keep insulin as low as possible. If insulin’s minimized, you mobilize fat from your fat cells and you burn it for fuel. So you’ll reduce your fat stores.

The way to do that is to replace the carbohydrates in the diet with fat. And the only way to really do that efficiently is with animal fats.

And so now you have a theory that says, for those proportion of Americans who are obese and Americans with diabetes, if they want to be relatively lean and healthy, the diet that will make them the healthiest is the one with the most fat and the least carbohydrates, and therefore these people actually shouldn’t be eating mostly plants. They should be eating mostly animals. And that’s hard to sell.

Q. No kidding. How would you even know if you were predisposed to obesity or diabetes?

A. You don’t. I mean, we all know on some level whether we gain weight easily. And we know people who don’t. They usually annoy the hell out of us. That’s just a fact of life.

That’s the problem. And that’s where you start having trouble defining moderation. I don’t know what level of cigarettes I can smoke and not get lung cancer, so I don’t smoke.

Q. So what about you? Do you eat sugar?

A. On occasion. But I would avoid it entirely if I could.

For instance, my wife will order dessert if we go out to dinner. I won’t because I’m being virtuous and a zealot. She’ll have two bites. And I’ll sit there and I’ll stare at her dessert.

Now, if I had ordered dessert, I’d eat mine and then stare at hers. So it’s not like the absence of the dessert is why I’m focused on hers. And then, the longer it goes before the waitress clears it, the greater the odds move towards 100 percent that I will not only have one bite, but that I will then finish hers. There’s no amount of sugar that satisfies me. At some point I either feel guilty enough to quit, or I feel like I’m going to be sick if I eat any more. But until then it creates a hunger that wasn’t there.

This book was informed by how I respond to sugar, by the fact that I’m a parent with two preadolescent boys, and that I’m an ex-smoker. I’ve had an addiction, that I know what it takes to break. Whether or not it manifests itself similarly is something I can’t answer.

Q. Do you let your kids have sugar?

A. [My kids] don’t get candy bars. There are no sodas in the house. There are no fruit juices in the house. They don’t get dessert or ice cream after every meal. It’s a treat. And it’s probably fine. But if they were predisposed to become obese or diabetic, would I be doing them a favor by letting them have treats, if I could prevent that predisposition from manifesting itself, by being strict about sugar?

You want to be able to define moderation, but it’s completely dependent on the predisposition of the individual.