Get mom to smash your iPhone? Thanks to PETA, there's an app for that 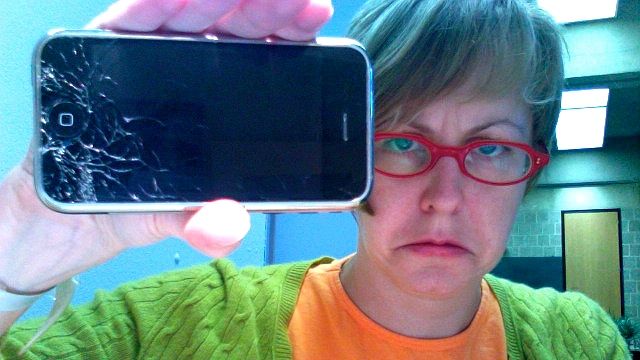 Get mom to smash your iPhone? Thanks to PETA, there’s an app for that

Do you love fart spray and hate the people who work at your grocery store? Well has PETA got the thing for you!

PETA, the animal rights outfit more commonly known as People with Extremely Terrible Advertising campaigns, has entered the world of apps. Its first foray? An app that scans groceries and, when meat is detected, releases a noxious cloud of aerosolized stink juice from a remarkably inconvenient device that looks like the ass of a Pikachu and hangs from your iPad.

Oh hell, here’s something I never thought I’d type, but PETA says it best on its website:

Vegan kids who download the app and insert the dongle into their phones’ headphone jacks will be armed and ready to educate their parents during their next grocery store visit. When they reach the meat department and scan the barcode of a package of chicken parts, PETA’s “Meet Your Meat” slaughterhouse exposé begins playing. Kids can then simply push the “Meat Stinks” button to release a putrid odor — one that replicates a slaughterhouse’s stench of bodily wastes, blood, and decomposing flesh — for their parent to experience.

“PETA’s new app will serve as a ‘weapon of mass compassion’ to help vegan kids start a discussion with their parents about why ‘meat stinks,’” says PETA Executive Vice President Tracy Reiman.

To get a whiff of this thing in action, check out this fantastic video from PETA’s Youtube page of a kid stinking up the frozen food section, wisely entitled, “PETA Arms Vegan Children With Chemical Weapons.”

Not sure yet if the app is real or just a publicity stunt, but it does not yet appear on the Apple or Android marketplaces. If it does show up it will presumably be available under two names: “Meat Stinks,” and “This Is Why I’m Banned From Kroger’s.”