Hey! Did somebody frack my favorite beer? 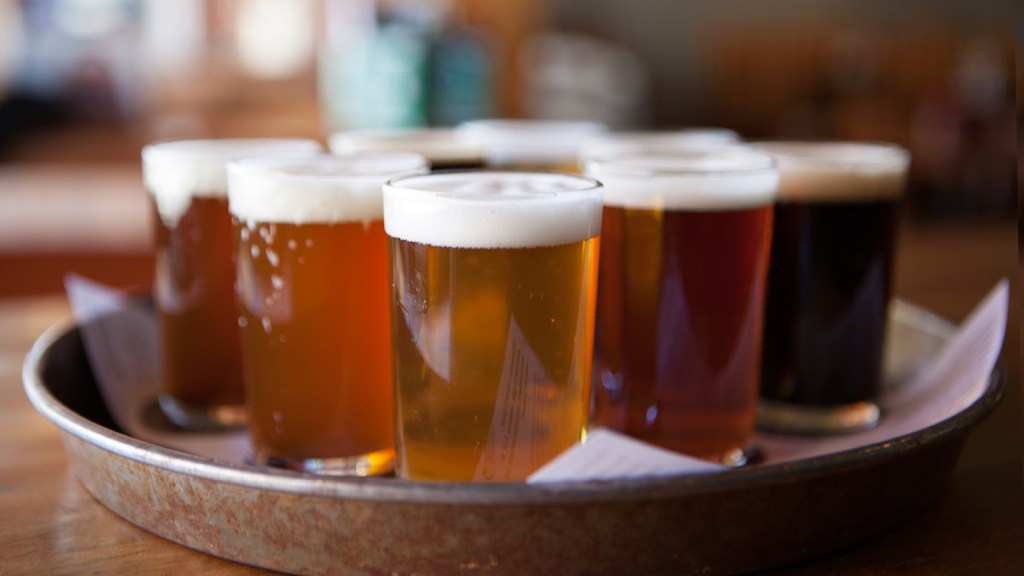 Hey! Did somebody frack my favorite beer?

Q. I live in Delaware, and Pennsylvania-brewed Yuengling beer has been my standard for years. But then I wondered how close they were to all the fracking. I saw that Germany is using their Beer Purity Law of 1516 to try to enact permanent legislation banning fracking in Germany. Are you aware of any U.S. beer makers who are making an effort not to use water tainted by fracking in their beers? Is the U.S. beer-brewing industry and/or liquor industry lobbying against fracking as a threat to their livelihood? Is there a map of fracking operations and their proximity to beer breweries?

Thanks for any info. I like German beer, but my budget can’t afford it all the time.

I kid, Peggy, but chemical, flammable drinking water is not really a laughing matter, whether it’s going into our favorite brews or not. Exactly how hydraulic fracturing, a.k.a. fracking, affects the water supply is a matter of some controversy. Hundreds of cases of contaminated water have been reported in places like Pennsylvania, Texas, Ohio, and West Virginia, but a recent study pinned the problem on leaky drilling wells, not fracking itself, and another one flat-out said tainted water from fracking is not a thing. Suffice it to say that lots of people are still worried about it, and lots of people who live near fracking operations are reporting scary things like health problems, dead livestock, and urine tests coming up positive for benzene.

We can count plenty of brewers (and vintners, and farmers) among the concerned — and with good reason. Beermasters depend on the unique qualities of their local waters to add that certain something, whether it’s crisp hoppiness from high calcium levels or smoothness from soft water; if you have to start treating polluted water, you might lose some of the je ne sais quoi in the process. If the contamination is too bad, of course, you can’t use the water at all.

As you note, Peggy, German brewers have been quite vocal about protecting the purity of their tasty hefeweizens from fracking-related chemicals. Quite a few of their American colleagues are similarly worried. Over on the East Coast, the folks at Cooperstown’s Brewery Ommegang have spoken out against fracking in New York and even speculated about moving or shutting down if the water supply went south. Brooklyn Brewery is also lobbying to protect NYC water, and Finger Lakes winemakers are also getting in on it. Out west, a group of 26 Colorado brewers sent a letter to their governor pressing for stronger oil and gas standards. There are also some breweries and wineries included in the anti-fracking group Chefs for the Marcellus.

As for how close your favorite breweries are to the hot zones of fracking: While I couldn’t find a map with both brews and fracking on it, from looking at this or this fracking map and then toggling over to this brewery map, you can get a pretty good idea of who’s where. If you feel strongly that whatever fills your mug should be free from any risk of fracking-related contamination, those maps can point you in the right direction. You might also choose to quench your thirst by supporting some of the breweries who have taken a stand against fracking, or clean water in general (like this band of brewers agitating for a better Clean Water Act).

Keep in mind that limiting transportation emissions with local brews is a worthy goal, so your budget isn’t the only reason to skip that Kolsch. If your neighborhood IPAs come from a fracking-heavy region, I encourage you to bend your brewers’ ear about it: You could spur them to get involved in the issue, too. Finally, while perhaps only ale aficionados work up a foam about beer purity, clean drinking water is something we can all raise a glass to. If you’re at all concerned about what’s coming out of your tap, read up here.