How a pesticide company went after a frog-loving scientist 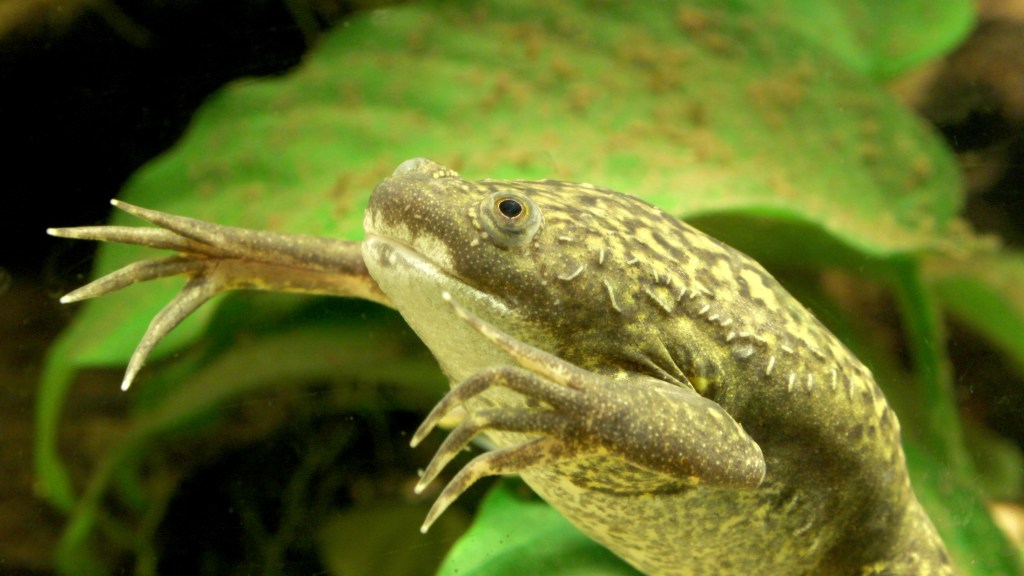 How a pesticide company went after a frog-loving scientist

Tyrone Hayes doesn’t sound like a swashbuckling agitator as he walks slowly across the broad stage of a UC Berkeley lecture hall. There’s no outrage in his voice. In fact, he’s cracking jokes, often at his own expense. His movements are contained, measured.

“I often like to describe myself as a little boy that likes frogs,” he says.

And that’s really what he sounds like: some delighted, preternaturally intelligent kid who insists on using the Latin name for every slimy thing in your backyard.

This is notable because Hayes, who was recently the subject of a profile in the New Yorker, has been portrayed as a tendentious and unhinged brawler. We now know that these portrayals were part of a campaign to — as a Syngenta communications manager wrote — “discredit Hayes,” and thereby protect the continued use of atrazine, the herbicide he studies.

But even so, I was a bit surprised when I saw him in person. I was expecting at least a little self-righteous demagoguery; instead I got self-mocking modesty.

Hayes really was that nerdy, frog-loving kid, out of place in a rough part of South Carolina. But when he made it to Harvard he was even more out of place, as a black student who didn’t come from money. He came close to failing until he found a home in the biology department and began working with frogs again.

Frogs led Hayes to a study of endocrine disruptors. Many frogs, Hayes found, react to the same hormone-mimicking chemicals that humans do. So Syngenta (then Novartis) asked him to take a look at the safety of its herbicide, atrazine. Before herbicide-resistant GMOs came along and boosted glyphosate to the top spot, atrazine was the best-selling weed killer in the United States, and fairly harmless, according to conventional wisdom. However, when Hayes exposed frogs to low levels of the chemical, weird things happened: Sperm production dried up and ovaries developed on male frogs.

On one slide in his lecture Hayes points out the sex organs on a frog close up: “So these are testes, and here are ovaries, and here, more testes, another ovary — I mean it’s all here, you don’t even have to leave home!”

As Hayes’ relationship with Syngenta shifted from cooperation to confrontation, the New Yorker’s Rachel Aviv writes that the anomie that he’d felt at Harvard reemerged:

Hayes had become accustomed to steady praise from his colleagues, but, when Syngenta cast doubt on his work, he became preoccupied by old anxieties. He believed that the company was trying to isolate him from other scientists and “play on my insecurities — the fear that I’m not good enough, that everyone thinks I’m a fraud,” he said. He told colleagues that he suspected that Syngenta held “focus groups” on how to mine his vulnerabilities.

This may have seemed paranoid at the time, but Syngenta was trying to mine his vulnerabilities. There’s no evidence that Syngenta tried to exploit the fact that he’s black; but racism, and the fact that Hayes had to break his own path as one of just a handful of tenured African American biology professors, did make him more vulnerable.

In 2012, the EPA declined to regulate atrazine. The agency made this determination after considering only two of the scores of studies on the chemical’s effect on frogs. Those two studies were, Aviv writes, “funded by Syngenta and led by Werner Kloas, a professor of endocrinology at Humboldt University, in Berlin. One of the co-authors was Alan Hosmer, a Syngenta scientist whose job, according to a 2004 performance evaluation, included ‘atrazine defence’ and ‘influencing EPA.’”

Syngenta also influenced the EPA’s decision to ignore the work of Hayes, and the dozens of other scientists who had made similar findings. Here’s Aviv (seriously, read her piece) again:

An organization called the Center for Regulatory Effectiveness petitioned the E.P.A. to ignore Hayes’s findings. “Hayes has killed and continues to kill thousands of frogs in unvalidated tests that have no proven value,” the petition said. The center argued that Hayes’s studies violated the Data Quality Act, passed in 2000, which requires that regulatory decisions rely on studies that meet high standards for “quality, objectivity, utility, and integrity.” The center is run by an industry lobbyist and consultant for Syngenta, Jim Tozzi, who proposed the language of the Data Quality Act to the congresswoman who sponsored it.

It certainly looks as if the industry has defined the rules of the game so narrowly that only it can play.

While working the regulatory system, Syngenta was also influencing public opinion. I’ve written about this previously, here, but Aviv has added more detail, revealing that Syngenta was able to literally write its own news coverage through subterfuge:

Syngenta’s public-relations team wrote editorials about the benefits of atrazine and about the flimsy science of its critics, and then sent them to “third-party allies,” who agreed to “byline” the articles, which appeared in the Washington Times, the Rochester Post-Bulletin, the Des Moines Register, and the St. Cloud Times. When a few articles in the “op-ed pipeline” sounded too aggressive, a Syngenta consultant warned that “some of the language of these pieces is suggestive of their source, which suggestion should be avoided at all costs.”

At the end of the lecture — organized by the Edible Schoolyard Project  — Raj Patel asked if corporate influence had ruined the notion that people could look to the “scientific consensus” for an objective assessment of risk. There was no stirring answer to this, and the question hung with me as I walked away from the lecture hall.

It’s true that it’s much harder to figure out what the scientific consensus is now that there are people out there being paid to obscure and deceive. But it’s still possible, with some hard work, to piece together a sense for which way the evidence is pointing.

Hayes’ story is a reminder that there’s good reason to be especially skeptical of industry-funded studies. And it’s extra hard to read that evidence if the rules have been written to exclude all but the science that industry is funding.