How will technology change farming? 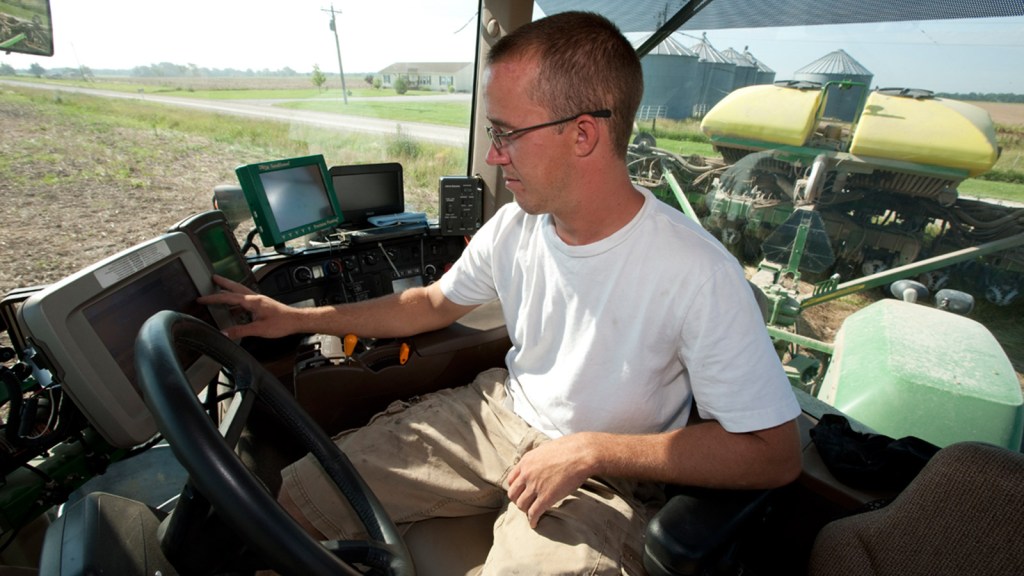 How will technology change farming?

Farmers are looking for information to help them grow more with fewer resources and less environmental impact. The “Internet of Things” — in the form of cheap sensors to measure water and soil composition — could help them do that. You’d have to work hard to make a breakthrough improvement on the smartphone at this point. But it’s a lot easier to improve farms, since farmers are still using distinctly analog methods to understand what’s going on in their fields — like burying blocks of gypsum in the ground to measure their soil moisture.

When New York Times technology writer Steve Lohr visited a conference on the Internet of Things, in San Jose, Calif., he noted a particular potential for farm tech. Venture capitalists have invested $2.06 billion in farm startups so far in 2015, which means they’ll likely surpass the $2.36 billion they invested in 2014, according to Lohr.

Lohr seemed particularly struck by Lance Donny, founder of the startup OnFarm, who divides the history of agriculture into three parts: Ag 1.0 is pre-industrial subsistence farming that uses a lot of land and a lot of labor. Ag 2.0 is industrial farming that uses fossil fuels to replace labor and produce huge amounts of food on smaller plots. Then there’s Ag 3.0:

The third stage, which Mr. Donny calls Ag 3.0, is just getting underway and involves exploiting data from many sources — sensors on farm equipment and plants, satellite images and weather tracking. In the near future, the use of water and fertilizer will be measured and monitored in detail, sometimes on a plant-by-plant basis.

Mr. Donny, who was raised on a family farm in Fresno, Calif., that grew table grapes and raisin grapes, said the data-rich approach to decision making represented a sharp break with tradition. “It’s a totally different world than walking out on the farmland, kicking the dirt and making a decision based on intuition,” he said.

So far, better information has given farmers better yields, because that’s the main thing they are measuring. But with cheap sensors, better information could allow farmers to use water and fertilizers more efficiently. That means higher profits and less waste — less erosion, less fertilizer in the lakes and rivers, less water use. Cheap sensors could help farmers build up their soil and open a treasure trove of data on carbon fluxes — allowing us to better understand which practices sequester greenhouse gases in the ground and which release them into the air.

All this data could also provide traceability for consumers: Imagine scanning a barcode on a loaf of bread with your smartphone and learning if the land that produced your wheat was producing or capturing carbon.

So far, most of these ag-tech startups have catered to the farmers with money to spend. But Donny thinks that poorer farmers will also benefit from this technological change, perhaps even skipping from Ag 1.0 to Ag 3.0:

The prospect of dirt-cheap sensors, Mr. Donny said, will help, but so will increasingly sophisticated and inexpensive remote imaging from satellites. Heavy machinery and big farms, he insists, will not be needed. Higher yields and less waste, he said, can be achieved with better information on weather, soil conditions and market demand for specific crops — all delivered via cellphone.

“They can skip buying the combine,” he said, “and instead rely on systems like Watson,” referring to IBM’s question-answering cloud service.

Take all this with a grain of salt; as the founder of a startup, Donny is in the hype business. But there are dozens of startups experimenting with these ideas, and some of them are likely to succeed. Ag 3.0 is coming, but it will arrive incrementally, in bits and pieces.