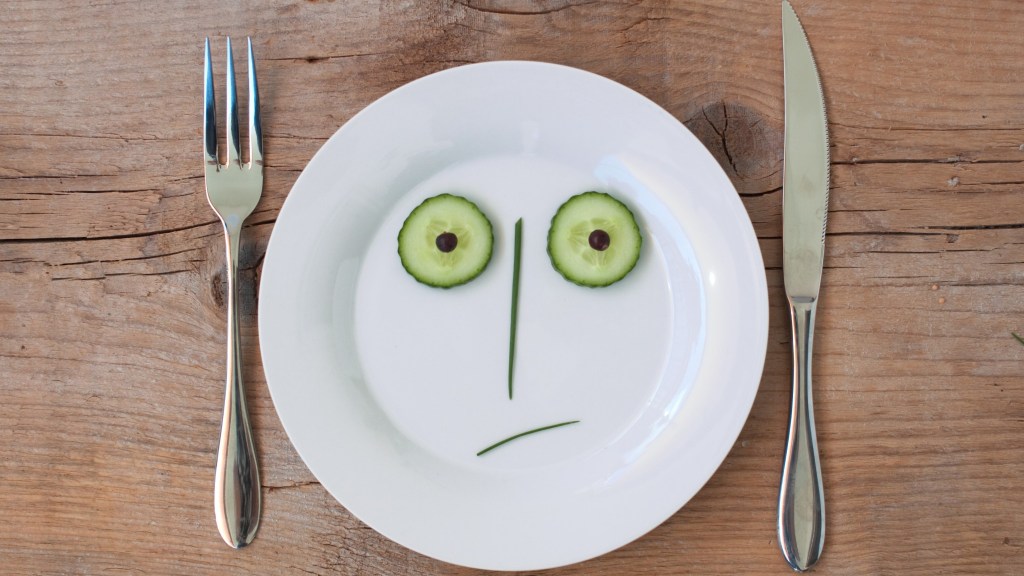 It sounds like the plot of a Portlandia sketch: Vegans have invaded the military and are demanding soy-based meat, leather-free combat boots, and wool-free berets. The scenario is just begging for a three-minute clip of Carrie Brownstein and Fred Armisen earnestly telling their superior officers why the army would benefit from a violence-free existence. But it turns out, vegans are invading the military — just not ours.

According to The Atlantic, the Israeli army is, indeed, offering vegan-friendly foods and animal-free clothing to its soldiers. The move came after a group of those soldiers protested last year over the lack of vegan options in the mess halls. Unlike the U.S., Israel has a mandatory military service policy, so trends among its citizens are likely to become trends among its soldiers, and turns out, veganism has become quite the trend over there. Here’s more from The Atlantic:

Veganism has surged in Israel in recent years. According to Israeli news sources, nearly 5 percent of Israelis now forgo meat, dairy, and eggs, making the Jewish state the most vegan nation, per capita, in the world. Vegan activists point to a 2012 visit from Gary Yourofsky, an American animal-rights crusader, as a turning point. One Yourofsky YouTube video with Hebrew subtitles racked up 1 million views, a substantial number in a country of 8 million people. Israeli restaurants soon jumped on the bandwagon, with Tel Aviv brasseries and Domino’s franchises alike rolling out special vegan menus.

Vegan or not, nobody should be eating Domino’s, but it’s still great that a major pizza-peddling chain is willing to offer animal-free products. It’s even more impressive that Israeli Prime Minister Benjamin Netanyahu has his entire staff observe meatless Mondays:

Support for reduced-cruelty meal plans appears to go all the way to the top. The Israeli daily Yediot Aharonot reported that Prime Minister Benjamin Netanyahu has expressed support for Israel’s “Meatless Monday” movement, adopting a vegetarian day for his staff, security guards, and family at his residence in Jerusalem each week. According to Haaretz, Netanyahu has been reading up on the topic. “[I] understood that animals are more conscious than we thought, which is bothering me and making me think twice,” he said at a cabinet meeting.

If a similar trend infiltrated the U.S. military, it could have a major impact on our country’s eating habits. Earlier this summer, NPR’s The Salt spoke with Anastacia Marx de Salcedo, author of Combat-Ready Kitchen: How The U.S. Military Shapes The Way You Eat, about how much the foods that feed our soldiers influence the foods that the rest of us eat. According to Marx de Salcedo, we have the military to thank for things like the “cheese” in goldfish crackers and Cheetos and the high-pressure cooking technique that brought us preservative-free deli meats. Here’s more from the interview:

I literally realized that everything in my kids’ lunchboxes had military origins or influence — the bread, the sandwich meat, juice pouches, cheesy crackers, goldfish and energy bars. Even if we look at fresh items like grapes and carrots, the Army was involved in developing packaging for fruits and vegetables. In a larger sense, I estimate that 50 percent of items in today’s markets were influenced by the military.

… One thing they’re working on is shelf-stable pizza. What I mean by that is the vision of the future is really a place where we don’t need refrigeration. This pizza could just be left in your pantry for a long time, like as long as you leave [canned goods].

They’re also working on shelf-stable sandwiches, wraps and bagels. In fact, it seems like the military is moving to a system where they want to reduce or eliminate regular hot meals like breakfast, lunch and dinners. Instead, they’d just provide day-long grazing options for soldiers. I think we could definitely see this affect the consumer market in the future.

For a glimpse at the food and atmosphere of early U.S. army mess halls, check out this charming, old-timey video. “The new concept,” the narrator says, “involves preparation of food in a central location, where maximum quality and uniformity can be better ensured.” The design, he says, came out of Natick Labs, an army research complex in Massachusetts that, according to Marx de Salcedo, was responsible for much of today’s army-derived food technology.

Who knows, maybe if our soldiers ate tofu, hummus, and veggie burgers, instead of all that meatloaf, fried chicken, and sausage, we wouldn’t be the complete meatheads that we are today. Regardless, it’s never too late to start feeding our soldiers the healthy, sustainable food that they deserve. It’s also never too late to bring back those cold beer dispensers. What happened to those?