In mid-September, Mark Bittman announced in his New York Times opinion column that he was leaving the Times to join a startup. As he wrote:

I’m leaving to take a central role in a year-old food company, to do what I’ve been writing about these many years: to make it easier for people to eat more plants. (“Oh,” say my friends, “you move to California and join a start-up.” Yup. Corny as can be.) I see it as putting philosophy into action and will talk about details soon.

Here are those details: Bittman has joined Purple Carrot, an already up-and-running meal delivery service based in Boston. It’s like Blue Apron, or Plated, but vegan. Subscribers get the recipes and all the ingredients for two or three meals a week. The company went public Monday with the news that Bittman was joining, and also took the opportunity to announce that it’s expanding its service to the West Coast.

I met Bittman at the house he’s renting in Berkeley, Calif., to find out why he was leaving the Gray Lady for the Purple Carrot. Our conversation has been edited and condensed.

Q. So you are joining a startup — can you give me the elevator pitch?

A. Yeah, this is a meal kit company with a mission. And the mission is not to convert everyone to veganism, but to expose people to plant-based foods and allow people to eat plant-based foods more easily. My sense — and this is not market research, it’s me talking — is that people know they should be eating more plants, and a lot of people don’t know how.

If you look at Sunbasket or Blue Apron or any of these meal delivery services — a lot of it is very much the way I represented cooking for many many years: If you grill a piece of meat and you make a bunch of rice and steam some broccoli and have some salad, you have a pretty easy meal in 20 minutes. Vegan food is more complicated than that. Plant-based food is harder.

Q. When you cook meat, the butcher does your chopping for you ahead of time.

A. Well there is that, you also have this concentrated lump of protein — you put salt on it and it tastes pretty good. It’s hard to say that about tofu. It’s very hard to argue that a cauliflower steak is as satisfying as a beef steak. I wouldn’t argue it.

Vegan recipes need to be more creative, or complex. Our job is to simplify that complexity so I ship you something that you can put together in half an hour that’s vegan, really satisfying, really delicious, that makes you happy.

That’s like a 40-story elevator pitch. With a few stops in between. 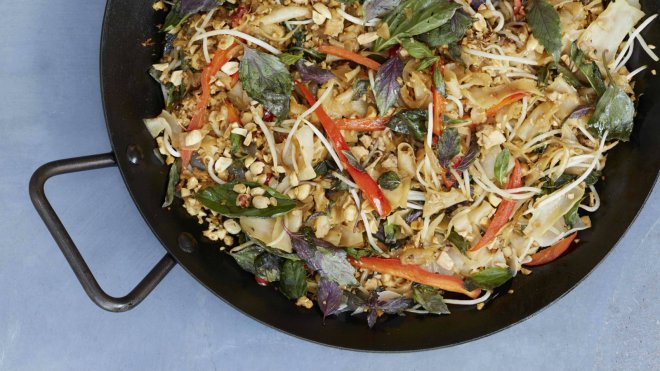 Q. Do you know how many of these meal delivery services there are?

Q. No, I certainly couldn’t name 20. It seems like a big part of finding the winner will be whoever figures out logistics.

A. I think there are multiple winners. Blue Apron is valued at $2 billion — that makes them a winner. I doubt Purple Carrot is ever going to be valued at anything like that, but I think we are a winner if our customers are happy and we are making some noise as part of the food movement.

Q. At the Times you’ve been in a position to counsel people through their ecological anxiety about food. I’m wondering if you see this as the next natural extension of that. You’ve written cookbooks — you’ve given political advice — now the hands-on approach?

A. I hope so. I will keep writing. For instance, we’re debating putting nutritional information on the meals, and I don’t want to. I’m saying: Look, this food is good for you. If you ate nothing but this food, you would thrive. That’s nutrition. Everything else about nutrition is kind of stupid. You don’t need to know how much calcium is in your food, you just need good food. We do provide nutritional information right now, but at some point I’m going to have an argument with my partners about that, and I’m going to write a blog post. And that blog post will read like a Times column, is my guess. We’re going to be GMO free, not because I feel like GMOs are so scary or horrible but because it’s not unreasonable to be GMO free. And I would blog about that.

I hope we can put good food in the hands of more people and I can talk about it. So maybe it’s the best of both worlds.

Q. There is a big hurdle between reading a recipe in the Times and going out to buy the ingredients to put it together.

A. Yeah, when you talk to people who have ordered meal kits, they do complain about the packaging, and as soon as they get over that they say it’s unbelievable. I didn’t have to think about it, I didn’t have to shop, I barely had to chop.

Q.  That’s the pattern? People complain about packaging then rave about convenience?

A. Welllll, a lot of people talk about the packaging. It’s a big box, it’s undeniable. I don’t want to make light of it. When I first sat down with Andy Levitt, our founder, I said, I don’t like these meal kits, it’s just too much packaging.

Q. I did a little thing about Blue Apron because they have these instructions for how to recycle your packaging. And it’s essentially …

A. Bring it to the dump.

A. I think at launch [on the West Coast] or soon thereafter we are going to include a return label, and it costs you [i.e. Purple Carrot] $5 a box to send it back. That is a big loss, but I share recycling with a neighbor, and this is too big to throw away. The ideal, of course, would be to have packaging that you could recycle in your backyard, or that is somehow more compressible so you can fit it into your weekly recycling. There are people making packaging out of mushrooms that you could just put in a pile in your backyard — when it rains it’s gone.

Q. It fertilizes your garden.

Q. And maybe if you actually did the energy comparison it might be just as climate friendly to throw it out as it is to mail it back, but there’s also the hassle. It doesn’t feel good to have this bulky thing and have to break it down.

A. Right. Put a label on that and put it on the porch. That’s very convenient. No one has an excuse not to do that. The other argument is that there’s less food waste. You are only shipping the amount you are going to cook. 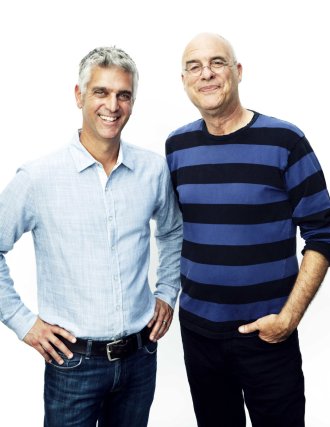 Q. Can you give me the back story of Purple Carrot and how you got involved?

A. Andy Levitt founded it a year ago out of his garage in Boston. He was sitting around reading VB6 and watching Forks Over Knives or whatever, and said this is what I’m doing — a vegan meal kit company. He found an investor, a guy named Dave Mayer, and Dave came to me and said this looks like it will be up your alley. We had a great meeting and I thought, this really is the right idea. Then Andy and I talked for two hours a day for a week and I said, don’t pay me, I’m not ready to leave the Times. That was May and June, and by July, I was really in up to my neck and I told the Times I was going to leave.

Q. I think I’ve asked this already in a different way, but for my last question: Why leave journalism, the greatest job on Earth?

A. Ha! How much older am I than you? How much longer have I been doing journalism? I do love journalism. And I don’t see myself not doing journalism. But I started in 1980. The weekly deadline thing was just hard. I felt like I didn’t have anything new to say. When I started I thought there were three things that were low-hanging fruit: antibiotics, marketing junk food to kids, and CAFOs. I did the column for years and none of that changed appreciably.

Q. I do think we are seeing some movement on antibiotics. But maybe the bigger point is that, in journalism, you are sitting on the sidelines, criticizing or observing, and not doing or making.

A. Well, that’s how I feel with Purple Carrot. Here’s an opportunity to really get the kind of stuff I believe in to the hands of more people. And I do think I made a difference — I just wanted a steeper learning curve and something different. To be an opinion columnist for the New York Times and lead food writer for the magazine at the same time — that was great, but five years of that was also plenty.