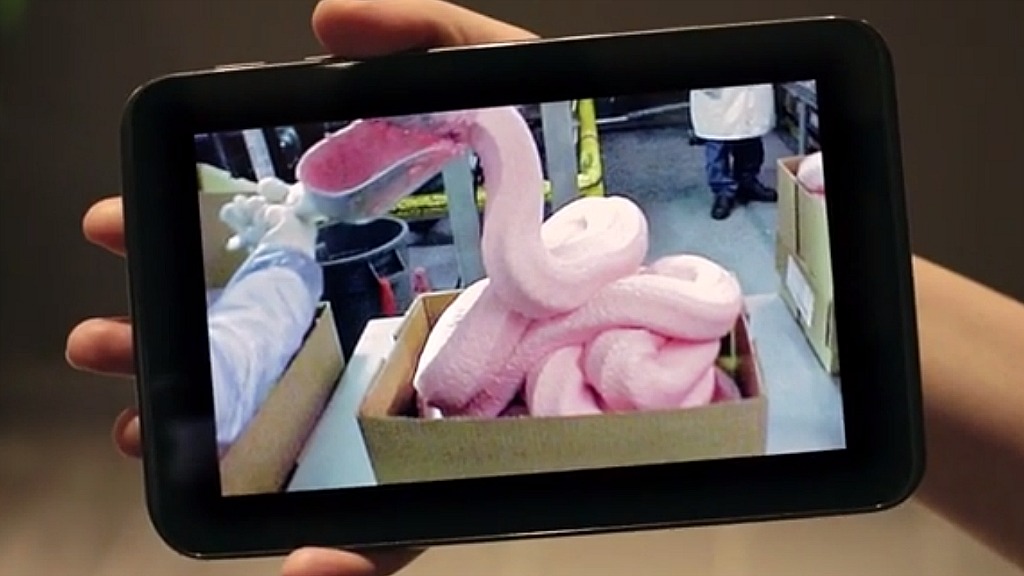 McDonald’s is desperate to change its image from one of sketchy factory-farmed meat and grossly underpaid workers to a blissful utopia of sustainable beef and fancy mochas. Undoubtedly part of this PR makeover is a Super Bowl ad from McDonald’s Canada, the gist of which is, “Pink slime? What pink slime?!”

From 2004 to 2012, McDonald’s locations in the U.S. used beef from Cargill that contained “pink slime,” cheap and fatty beef scraps doused in ammonia to kill the E. coli and salmonella. (Sometimes pink slime is euphemistically called “Boneless Lean Beef Trimmings.”) After celeb chef Jamie Oliver alerted the public to the grossness of pink slime, which looked like a horrifying strawberry goo, McDonald’s quickly stopped using it.

McDonald’s Canada disavowed ever using pink slime, which might be why it was the Northern team who made the Super Bowl ad, rather than U.S. McDonald’s employees. After showing the now-infamous pink goo picture, supply chain manager Nicoletta Stefou swears, “We don’t know what it is or where it came from, but it has NOTHING to do with our Chicken McNuggets.” See if you’re convinced:

It’s not quite as simple as they make out. Here’s the full list of McNugget ingredients; they still contain the same anti-foaming agent (dimethylpolysiloxane) used in Silly Putty. And Huffington Post adds that in at least two unnamed American fast food chains, blood vessels and other goodies still sneak into chicken nuggets:

A recent study from the University of Mississippi Medical Center found that nuggets bought at two fast food chains contained about 50 percent of what we would regularly call meat. The rest was fat, blood vessels, nerves, cartilage, and bone.

Also conveniently, the McDonald’s video starts AFTER the chickens are already dead. No reason to depress potential customers with disgusting conditions, right?

Nice try, Mickey D’s, but we’re gonna stick with making our own.