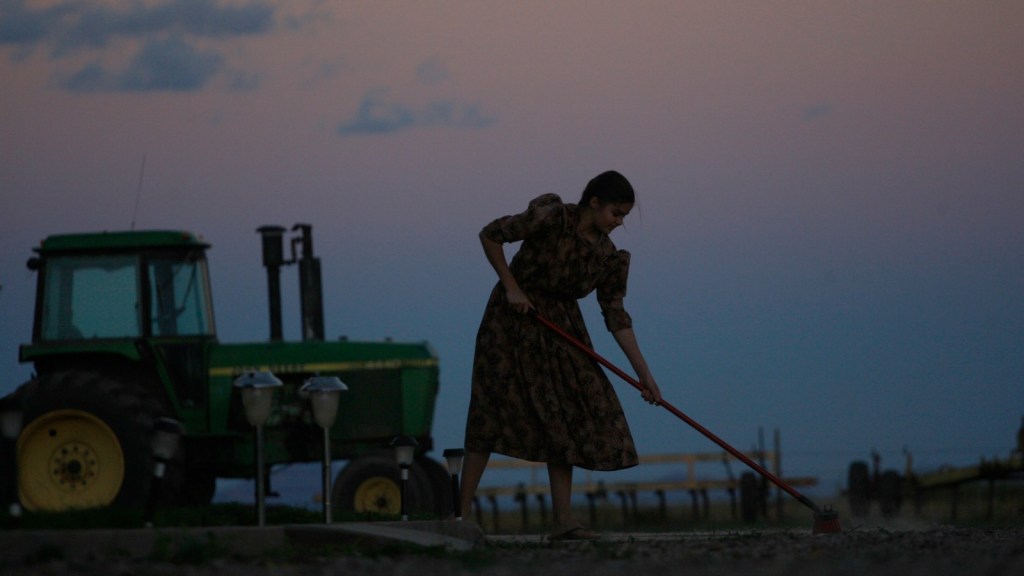 Pacifism is a fundamental part of the Mennonite tradition, but in Mexico, 60,000 farmers of that faith have recently found themselves in a rather surprising Mad Max-esque scenario. Well, there’s no heavy artillery or machine-gun wielding babes, but the point of conflict is the same: Water — or more specifically, lack thereof.

Nearly a century after a group of Mennonites migrated from Canada to Mexico and helped turn the arid Chihuahua Valley into an agricultural hotspot, they are faced with new pressures. The high price of irrigated land, along with new regulations that make it difficult to obtain permits for wells, has led young Mennonite farmers to contemplate deserting the region to settle elsewhere.

The New York Times reports on the situation:

Underground reservoirs have been drained by thirsty crops, like corn, that are the mainstay of the Mennonites’ success … Competition for groundwater — which officials have warned could run out in 20 years — has strained relations between the pacifist, Low German-speaking Mennonites and other farmers and, on occasion, incited violence.

It turns out that — no surprise here — watering crops in the desert is not a sustainable use of groundwater. From the Times:

The Mennonites began digging wells for irrigation in the 1980s, said Víctor Quintana Silveyra, a sociologist and politician in Chihuahua City who has studied local water use. As their population grew … they used credit from Mennonite banks to buy land in the desert and to install irrigation systems. Since 2000, irrigated land in Chihuahua has doubled to about 1.3 million acres, and farmers are pumping water at an “exploitative” rate, Mr. Quintana said.

The Times points out that it’s unfair to place the responsibility for the water issues solely on the Mennonites’ shoulders: City dwellers and pecan and apple growers in the Chihuahua Valley use a lot of water, too, and the commission that oversees water use has been accused of corruption. But, according to the Times, Mennonites have been targeted due to their lack of political influence and their reluctance to assimilate into Mexican culture.

Is this likely to actually devolve into an all-out, post-apocalyptic battle to the death? No — but that doesn’t mean the conflict isn’t causing plenty of damage and uprooting lives. The more important point is that water scarcity isn’t just an action movie plot point — it’s real life, and it’s happening right now.