New York's JFK airport has an urban farm. Wait, what? 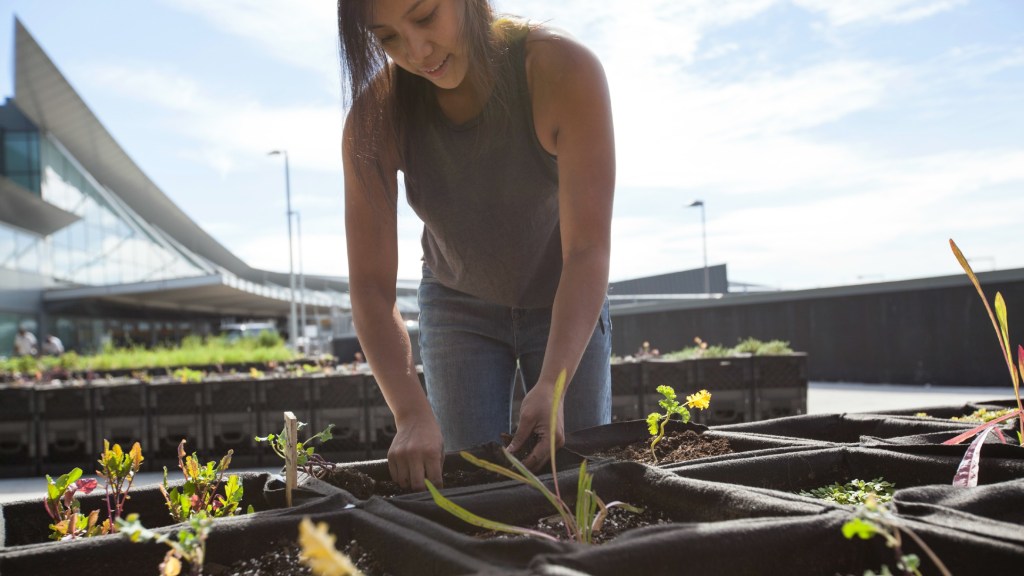 New York’s JFK airport has an urban farm. Wait, what?

The potatoes in your bag of complimentary airline chips could someday come from a farm at — surprise! — New York’s John F. Kennedy International Airport.

“In today’s world of genetically modified and franken-foods, it is very important to know where your food comes from,” said Brian Holtman, JetBlue’s manager of concession programs, at a farm “reveal” on Thursday. “By creating a farm at T5, we can show crew members and customers exactly where their food is coming from.”

This fledging farm-to-airplane-tray movement has a long way to go. It takes between one and three potatoes to produce each bag of JetBlue chips, according to CBS, and JetBlue hands out 5.8 million bags each year. The potatoes grown in the airport’s garden (smaller than half a football field) would meet less than 1 percent of that demand, CBS points out. That’s not the plan for right now anyway: The farm will provide produce for the terminal’s restaurants.

Starting an urban garden at an airport wasn’t easy. Since encounters between wildlife and airplanes are costly, the plants were specially selected to attract bees and butterflies — and not heftier fauna. In addition, the garden’s plastic crates were bolted to the ground to ensure the garden could withstand the force of an earthquake or Katrina-level-hurricane.

So the question remains: Why? The company hopes that this unlikely farming experiment will improve air quality around the terminal and educate the garden’s visitors in addition to providing airport food.

However, when compared to the huge carbon footprint of air travel (which accounts for 2.5 percent of global emissions), the garden is small potatoes.