My impulse, when facing the wall of milk at the grocery store, is to reach for the organic gallon. “Organic” casts a halo that makes me interpret the higher price as a sign that there’s something better about it.

I used to buy organic milk by default, under this very assumption. But even though I care about where my milk comes from, I’m no dairy industry expert, and I haven’t spent months studying the nuances of organic agricultural practices. 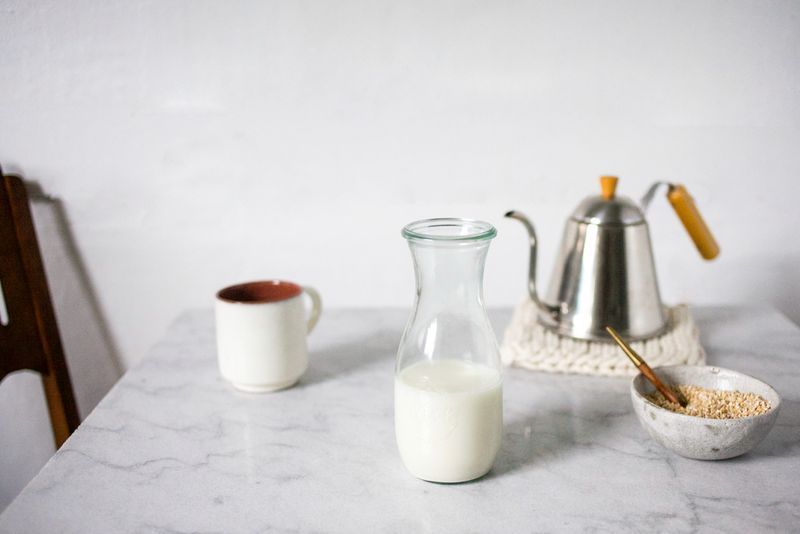 Because I wanted to make a more informed decision, I talked to three people who think about milk for a living — Daniel Horan, CEO of Five Acre Farms, which supplies local milk to the New York City metro area; Bill Weiss, a professor in the Department of Animal Sciences at The Ohio State University; and Eric Snowdeal, brand manager at Organic Valley, an independent co-op of organic farmers — about the differences between the two types.

(As background, organic milk comes from cows that have been raised according to organic farming practices: The animals are never given antibiotics, artificial growth hormones, non-organic feed, or GMO feed, and they must be let out to organic pasture for at least 120 days of the grazing season.)

Unsurprisingly, I found no clear-cut answers. But after taking our conversations into account, I was able to reach a personal conclusion (and maybe yours will be different!), which is that I value where the milk comes from more than whether that milk is labeled “organic.” And if I seek out high-quality products from farms and purveyors I trust, conventional milk can have many of the same advantages as organic. It’s not so different than deciding between organic and conventional produce (the label can only tell you so much — one argument for why farmers markets and CSAs are valuable).

How did I reach that decision? First, I (obviously) asked myself the selfish question: What’s the difference for my body between drinking a glass of conventional milk and a glass of organic milk? For my own purposes, it turns out to be negligible. Organic milk is higher in omega-3 fatty acids, as well as Vitamin E and beta carotene, but unless those nutrients are particularly important to you, “at the human level, there are basically no consumption differences,” said Weiss. Moreover, the varying nutrient levels are determined by the breakdown of what the cows eat (not whether that nutrition is organic): As Weiss put it, “If conventional cows were grazing, they’d also have these high levels.”

And conventional cows might be grazing. While the organic industry has a USDA-issued pasture rule dictating how many days cows must be out to pasture and what percentage of their “dry matter intake” has to come from grazing pasture during that time, that does not necessarily mean that non-organic dairies do not put their herds out to pasture, too. Unlike in the meat industry, where grain-based feed is used to bulk up the animals (for obvious reasons), many conventional herds are fed mostly grass anyway.

I’m also not concerned about antibiotics in my conventional milk: Residue of drugs in any type of milk violates food safety rules and is enforced through rigorous testing, which deters dairy farmers from treating any cows that are not in need of medicine. (Dan from Five Acre Farms called antibiotics a “red herring” in milk — a distraction rather than a true concern.)

Then there’s the synthetic hormone rBST, which is a more complicated issue: By law, organic dairy cows are never given rBST (also known as rBGH), which is injected to increase milk production, and that’s verified by third-party auditors. The FDA has declared that rBST “can be used without any appreciable risk to the health of consumers”, and that labels that declare the milk comes from cows not treated with rBST are most important “not because of any safety concerns about milk […] but to ensure that the labeling of the milk is not false or misleading.” And all milk has hormones: “BGH (or BST) is a hormone that cattle naturally produce which is structurally similar or even identical to synthesized rBGH hormones.”

I personally avoid rBST because of what it suggests about animal welfare — a 2003 study in the Canadian Journal of Veterinary Research found that it increased the risk of clinical mastitis [breast tissue inflammation] by about 25 percent during the treatment period — but it is possible to find conventional dairies that do not treat their cows with the hormone. 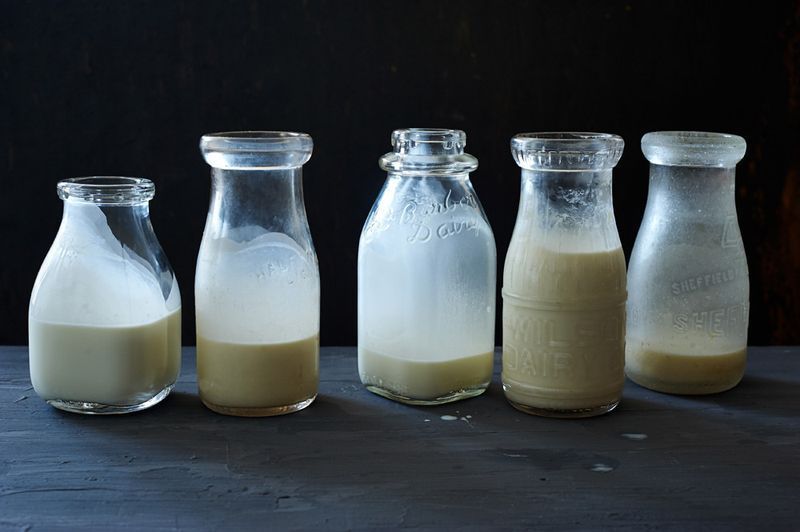 And now, the less selfish (and the trickier) factors: how organic farming practices affect the dairy producers and the environment. Both Eric Snowdeal of Organic Valley and Dan Horan of Five Acre Farms, which does not supply organic milk, said that it’s easier for organic farmers to make a viable living: “The farmers set their own fair pay price,” said Eric, whereas on the conventional side “there’s pressure to get very large and have large economies of efficiency in order to squeeze out profits.” Unless a conventional farmer can find a distributor, like Five Acre Farms, to buy their milk at a higher price, they’ll be selling it at a rate primarily determined by the government and at which it’s hard to make a profit. When milk is $2 per gallon at the gas station minimart, someone somewhere is paying the price.

And then you have to take into account organic farming practices, where no synthetic fertilizers or pesticides are used, and how its impact on the environment differs from those of conventional methods. But, as Weiss pointed out, if we’re talking about environment impact as “carbon footprint, conventional is lower: You get more milk per cow, and the more milk per cow means fewer cows are needed, and fewer cows means less impact.” Then again, when “you start thinking about the chemicals — so if there are longer-term effects — you might think that organic [milk] has a lower environmental impact.” Plus, organic farming practices may require more labor expenses and yield less product.

All of which is to say that different farmers will have different reasons for whether, and when, they abide by organic standards. To me, it doesn’t seem fair to write off a farm that is not certified as organic without understanding the reason behind it. Again, it’s not vastly different from making decisions about fruits and vegetables. 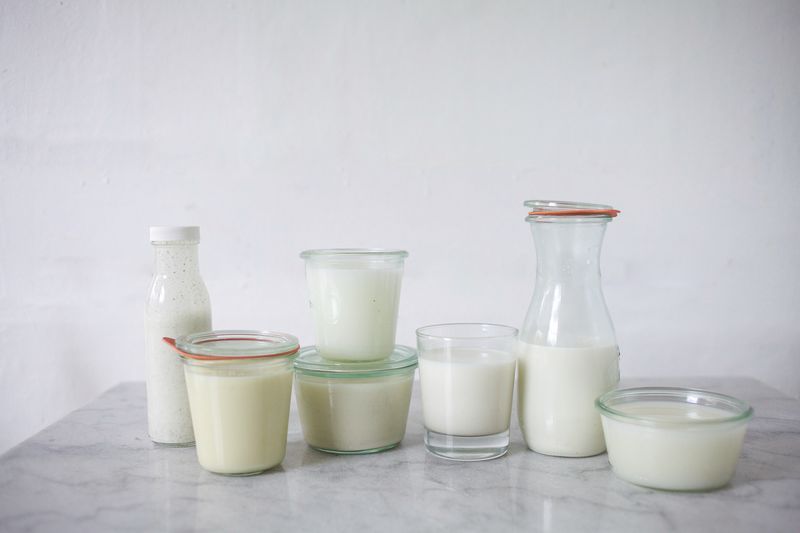 The conclusion of many hours of talking and thinking about milk? If I’m unsure of where the milk is coming from — and thus how the animals are cared for, what they’re generally fed with, how large the herd size is — I’d turn to organic because many of these variables are dictated by law. It seems more likely that the animals and the land have been treated well and that the farmers are making a decent living.

But when I do have time to do the research to find a dairy or distributor I trust, I certainly wouldn’t rule out conventional milk. It’s less expensive — a real factor for me as a consumer — and, if I know where it’s coming from, there’s a chance it might be just as good for all parties involved.