Nearly every industrialized nation on Earth subsidizes agriculture to some extent. It’s a way to make sure production stays high, and prices stay low. It’s just a matter of figuring out how to make it work — and that’s where things get tricky.

Right now in the U.S., we subsidize certain crops pretty heavily. These are things that can be shipped and stored easily, and traded in international commodity markets.

But because of the way we manage our subsidies, we end up with A LOT of corn. In 2010, U.S. farmers produced 32 percent of the world’s corn supply on 84 million acres of farmland, raking in a cool $63.9 billion.

Most of that corn goes to non-“food” sources — either to feed livestock or to feed our cars, in the form of ethanol.

It’s hard to say how good any of this is for our health, our economy, or the climate. So why do we spend so many taxpayer dollars on corn and not, say, organic brussels sprouts? And where do those subsidies come from anyway? To find out, we’ll have to start at the beginning … 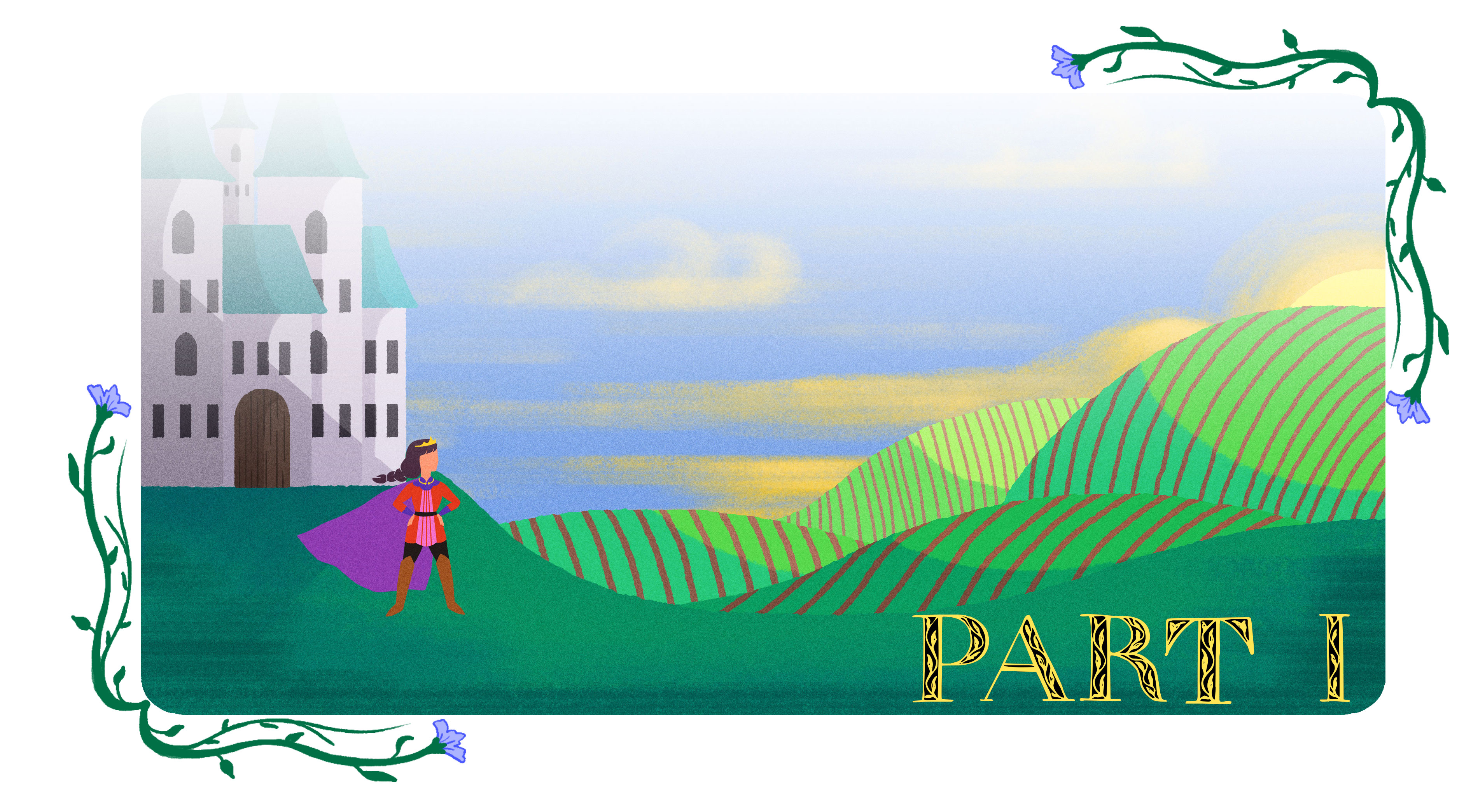 Once upon a time, in a land far away (well, in lots of places, but for our purposes let’s call it the early 20th century and here in the US of A), farms were having a hard time.

Let’s say you, like so many American farmers, grow corn. (Why wouldn’t you? It’s a sturdy crop with a high yield after all.)

During the good years, you can grow A LOT of corn … but since everyone else is doing the same, there is so much of it on the market that the price crashes and you might have to sell your crop at a loss.

And during the bad years, you might struggle to grow much at all … so while the price goes up, you don’t have a lot to sell.

The early 1800s brought boom times for U.S. farms: Pioneers moving west were snatching up new farmland and growing so much corn they hardly knew what to do with it. For one thing, they made whiskey — and lots of it — because it added value to cheap corn, and it was easy to transport and store. As a result, the average American man in the 1820s drank FIVE GALLONS of hard liquor a year (compared to less than a gallon today) with the attendant health and social problems you might expect. Meanwhile, farmers were over-planting the land they had, setting the stage for bad times to come. 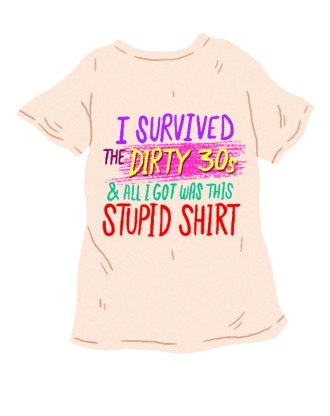 Sure enough, those times came in the 1930s. Farm production had spiked in the previous decade, as American farms ramped up to feed war-ravaged Europe. The resulting grain glut drove the price of food so low that it was basically worthless. Plus, thanks to the Great Depression and the Dust Bowl, so many Americans were out of work that they couldn’t afford even the dirt-cheap food available.

To even out these kinds of wild ups and downs, the federal government decided to do something: Enter subsidies. 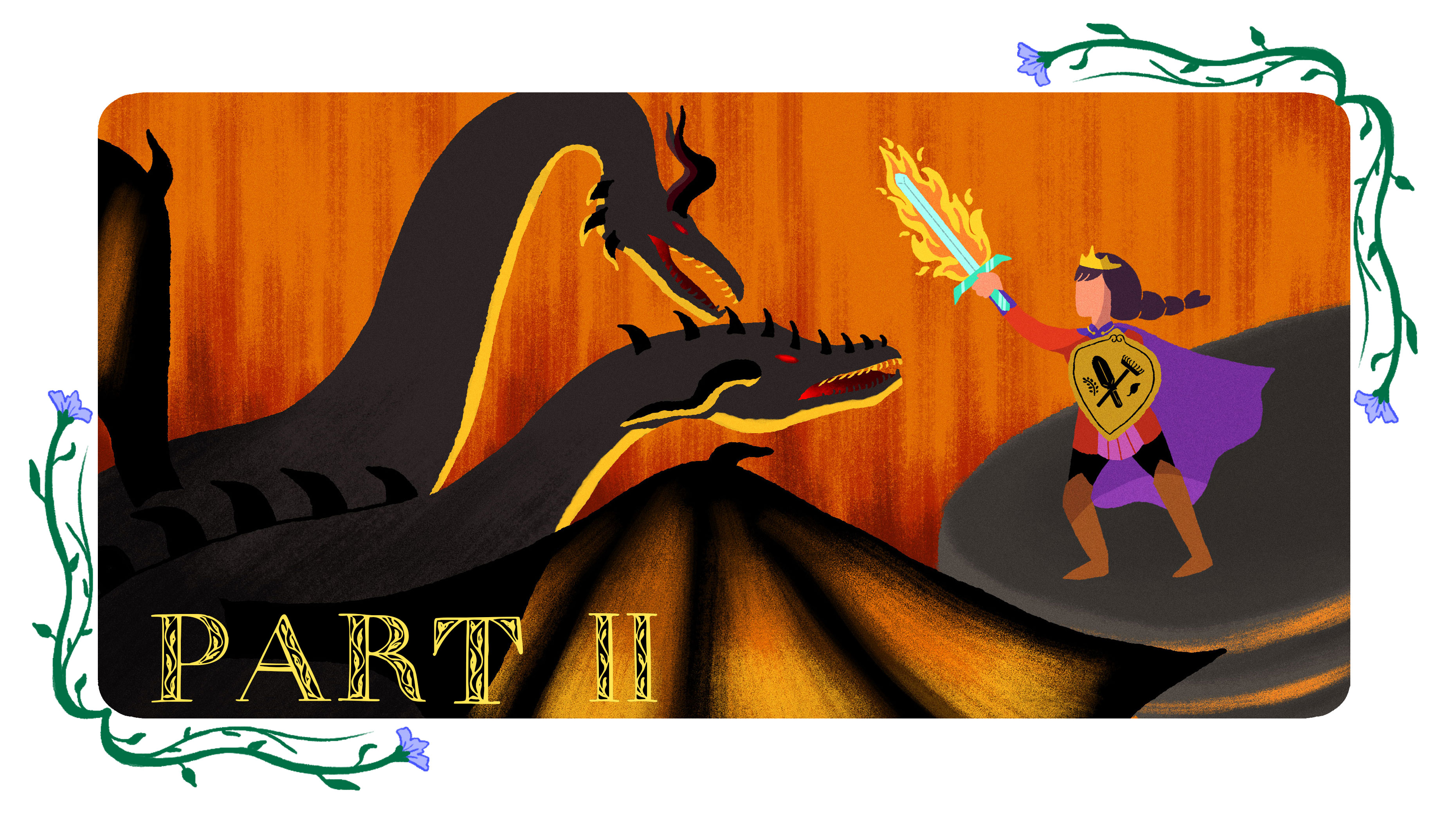 In an attempt to rebuild the economy in the wake of the Great Depression, the government convinced farmers to leave some of their land unplanted (“paid-land diversion”) often by supporting a set minimum price that they would expect to earn from it (“minimum price supports”).

But what began as a temporary stimulus measure gradually became something much more permanent and unwieldy. Skip ahead through several decades of back-and-forth tinkering with the policy (see: “target prices,” “price floors,” “short crop,” “deficiency payments”) to the mid-90s, when we introduced something called “direct payments.”

That’s, uh, pretty much what it sounds like: Paying money. Directly. To farmers.

These payments were given out to certain commodity farmers, based on the historic records of what their land could produce. They were paid out rain or shine, whether prices were high or low.

Sometimes called “freedom to farm” payments, these were supposed to be a temporary measure to wean farmers off of subsidies, while letting them grow a handful of commodity crops other than corn.

But what started out as an attempt to lessen the government’s influence on farming ended up strengthening it when prices dropped in the following years. By 2014, the U.S. was on target to spend $972.9 billion on food and farm programs over the next decade.

And while the majority of that goes to nutritional programs (food stamps) and some of it goes to land conservation measures — a LOT of it ends up as, you guessed it, corn. 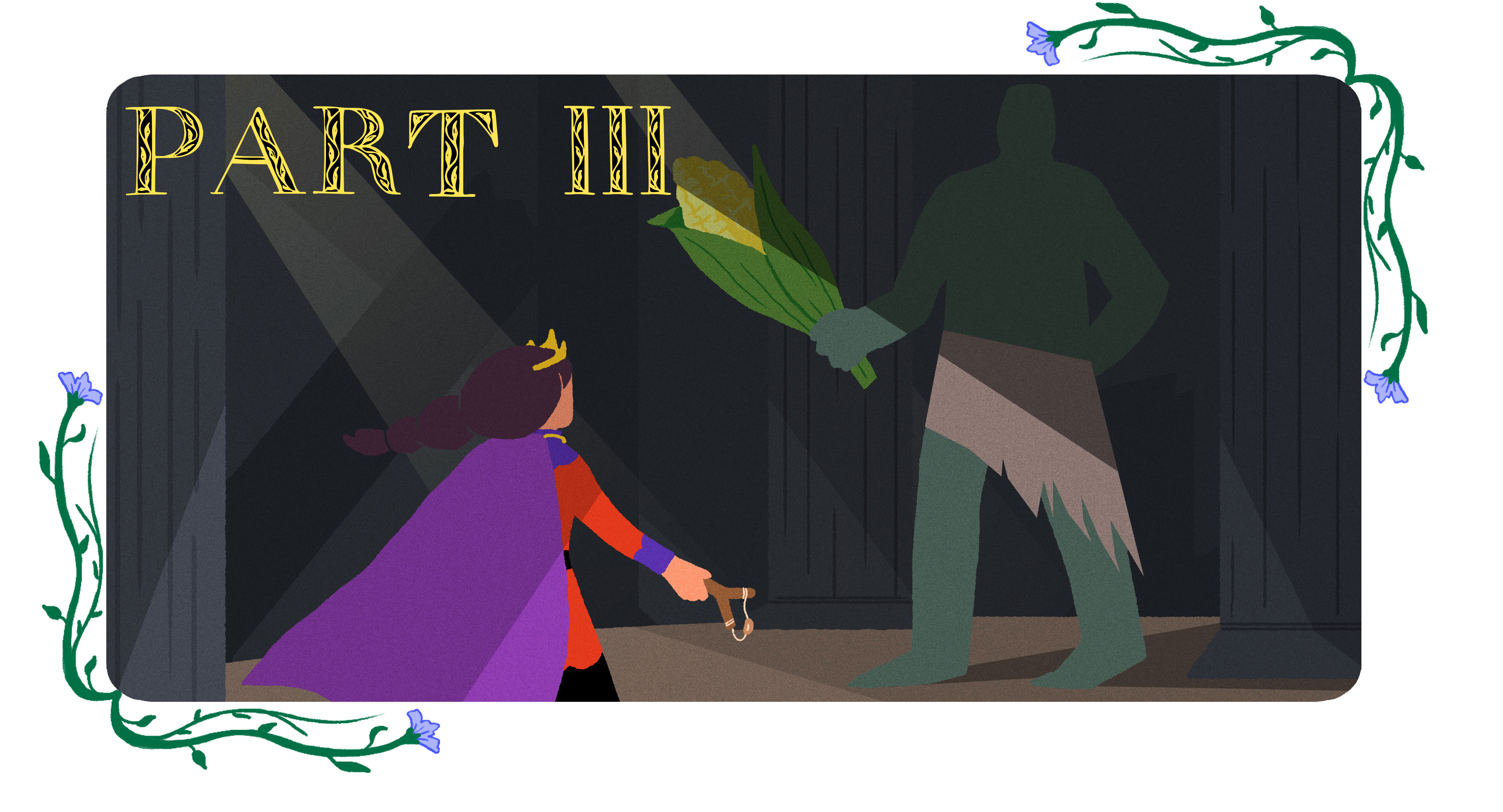 In 2014, after much squabbling, Congress approved a new farm bill, more than two years after they were scheduled to. The main emphasis of the federal farm policy is now on subsidized “crop insurance.”

This sounds promising at first — “insurance” should come with a focus on minimizing risk, right?

But actually, these insurance plans largely help guarantee that farmers can sell their crop above a certain price (Price Loss Coverage) or make a certain amount of revenue (Agricultural Risk Coverage), and do little to encourage, say, better drought-planning measures or a more diverse spread of crops.

And with the federal government spending over $5 billion a year to subsidize these insurance premiums, all that corn (and soy and wheat) doesn’t come cheap.

The new farm bill does have some solid wins for sustainable food. Now diversified, mixed-crop farms can insure their whole operation without the hassle of buying insurance for a bunch of different crops and livestock separately. Organic farmers can also insure their crops at their actual value — which is just peachy, since organic peaches are worth a good deal more than their conventional brethren.

Since 1995, 75 percent of federal subsidies have gone to 10 percent of farms, the same consolidated group of commodity crop growers who will continue to eat up a disproportionate share of the subsidy pie under the new system, too.

These payments fund a massive industrialized food system that takes its toll on our land and water, while our diets are full of all that extra corn, from our corn-fed burgers to our Halloween candy — and so are our cars.

Now picture the world we could live in if we subsidized the food that actually feeds people, and feeds local economies all the while. Just think! We could save money on healthcare and spend it paying for things we actually want, like well-managed land, cleaner water, a diversified localized economy, and some fresh, organic sweet corn.

Imagine that happily ever after. 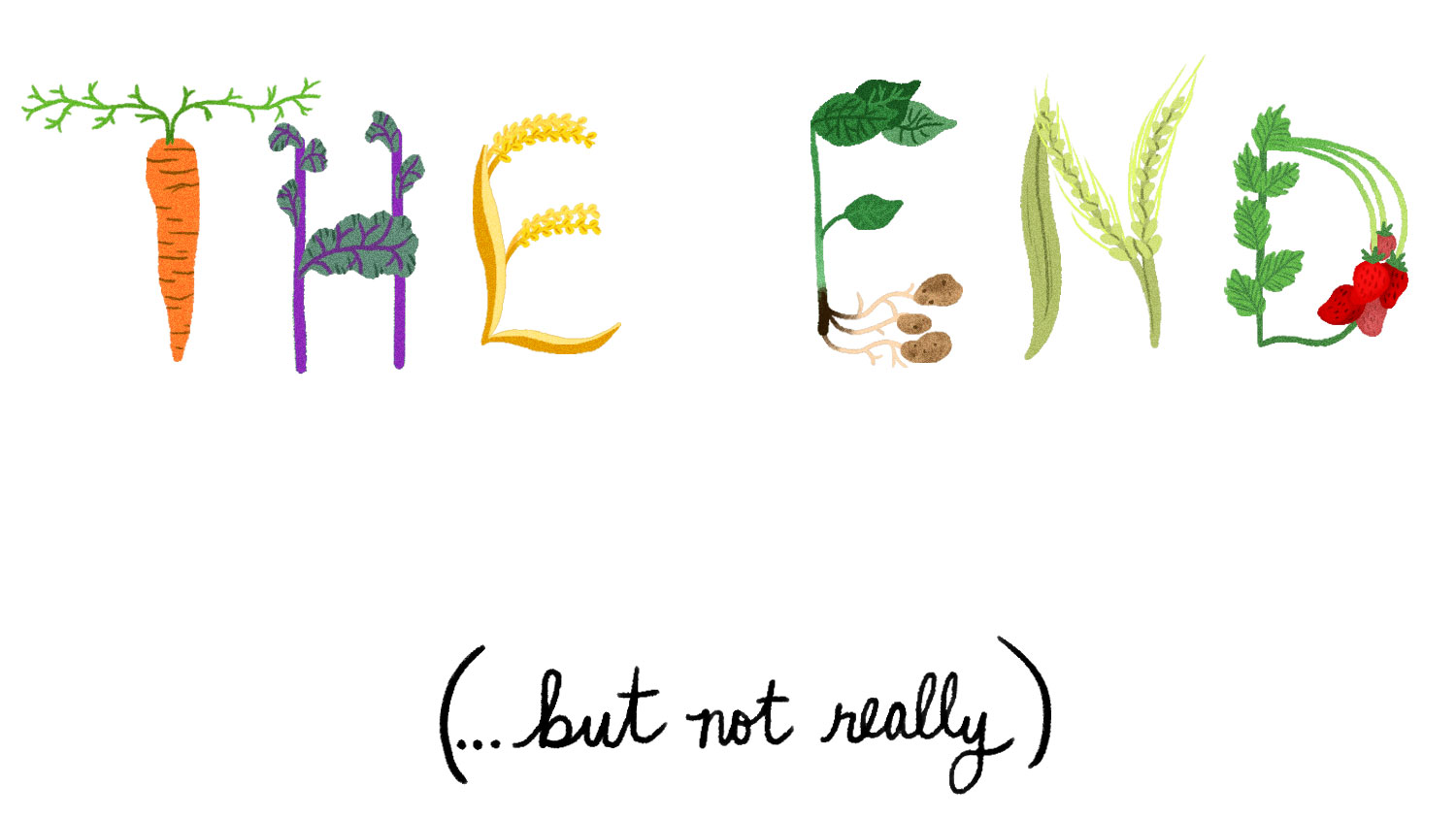 2 farmers’ stories: The fall and rise of the mid-size farm