There’s a story going round right now that makes it sound like the California Department of Food and Agriculture is planning to spray pesticides on organic farms, forcing them to go conventional. What’s actually happening is a lot less exciting, but still worth knowing about.

First, the background: Yes, the state of California does pest control — and that’s a good thing. Insect control doesn’t work very well if it’s done in a patchwork. You knock out some here and some there, but the bugs between those patches thrive and come back stronger the next year. This is especially true when you’re dealing with a non-native organism that’s just been introduced. If you can get rid of those pioneers, you have far less need for pest control in the long run.

For about the last 20 years, California has used integrated pest management — which means it tries to handle problems without chemicals, if at all possible. Often this means using biological controls, releasing predators or parasites that will kill the pest.

For instance: Every day, an airplane flies over the Los Angeles basin, releasing a stream of sterile male Mediterranean fruit flies. Those flies go out and mate with the females, preventing them from reproducing. It works, and it has prevented farmers from turning to pesticides. 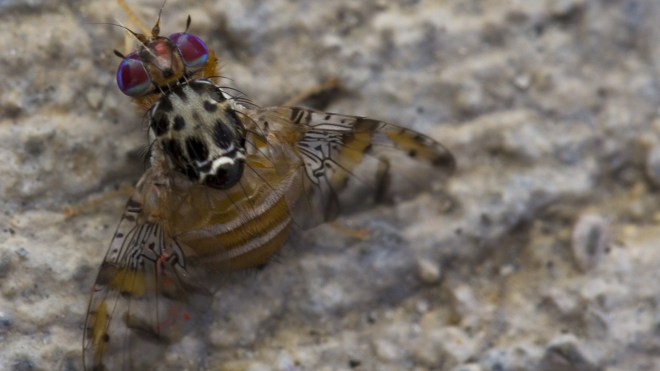 And then there are times when the state decides that the best way to deal with a pest is with a chemical pesticide. And yes, if the state decides it really needs to, it can spray on someone’s farm, even an organic farm. That has actually occurred, said Steve Lyle, spokesperson for the California Department of Food and Agriculture, but it’s incredibly rare.

All this has been going on for years. But now the state has put out a new environmental impact report that details everything it does in pest control. The individual programs — like the Mediterranean fruit fly program — all have their own environmental approvals. All this new report does is put everything into one document and update it. “This doesn’t give us any new authority,” Lyle said.

Still, this is an opportunity for stakeholders like the organic farmers to weigh in. Most of the time, the state’s pest control doesn’t happen in farmland. But it could.

In an email, Lyle wrote:

[I]n rare cases, it may be necessary for the Department to require treatment by producers. While a great deal of time and resources are dedicated to finding organic approaches, if a suitable approach cannot be identified, a producer would not lose organic status. The organic industry worked with regulators to make sure that provision is in federal law.

The draft report notes that, in this scenario, organic farmers would lose money, because they’d have to sell their crop without the organic premium that season. But they could return to organic production the next year. Individual farmers would pay a price — but in the long run, there would be less spraying overall, and fewer losses for organic farmers at large.

Can a vegan ever truly love a carnivore?