Should colleges treat their students to fine dining or financial aid? 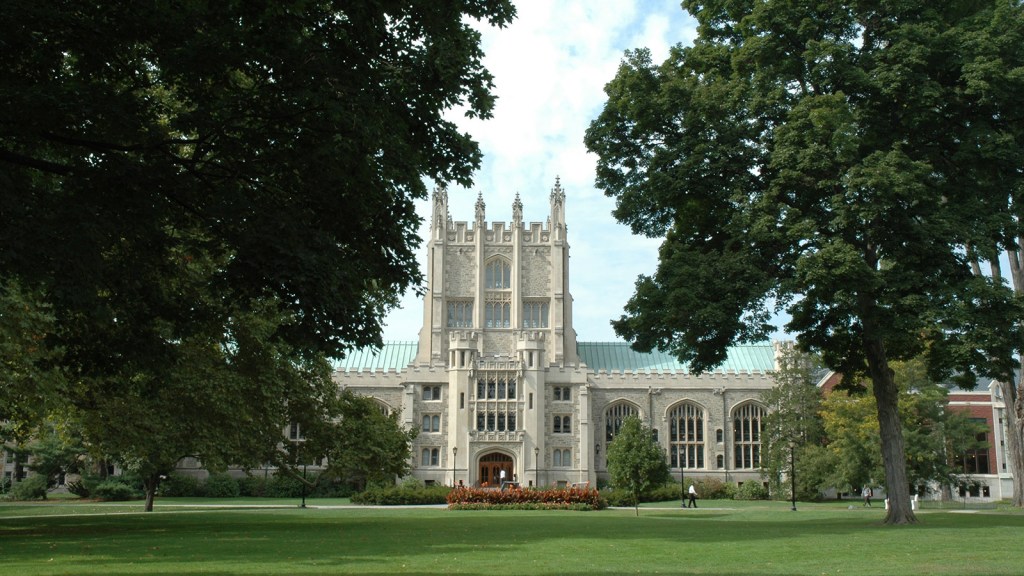 Shutterstock
the (local, organic) meat of the matter

Should colleges treat their students to fine dining or financial aid?

There’s a tenuous alliance between people who want better food and people trying to end poverty. Both movements are largely liberal, and they have a shared interest in providing good food to poor Americans. But there’s tension. The food movement generally likes solutions that end up raising food prices, and higher food prices are terrible for poor people.

Malcolm Gladwell recently released a story on his new podcast series, Revisionist History, that put a spotlight on that tension. Ostensibly it was a story about by the president of Vassar’s revolutionary effort to educate more poor and minority students. But Gladwell focused on food: He contrasted Vassar with Bowdoin, another Northeastern liberal arts college that has a terrific food program but doesn’t educate as many low-income students.

And Gladwell didn’t just compare and contrast the two schools — he savaged Bowdoin. He played clips of Bowdoin students waxing lyrical over the fresh, locally sourced food, then flayed the school:

Many Bowdoiners were pissed. The school posted a vehement response, arguing that students pay for their meal plans directly, so the price of food doesn’t affect financial aid, and that Bowdoin is wonderfully generous with its scholarships.

The second point is undeniable — Bowdoin does great work for equity. It’s pretty rough to criticize that school when there are many others that do much less — or focus on screwing over poor people, like the University of Phoenix.

Attacking Bowdoin is a classic Gladwell move: Pick just the right examples to make a great story and leave out the complicating caveats. Simplifying is Gladwell’s greatest weakness and his greatest strength, because sometimes we need a simplifier to sweep away all the complications and mitigations to give us a clear view of our choices and their consequences. Sure, Bowdoin does good work, but that’s not the point. The point is that just about every private school could do a lot more if it adopted Vassar’s model.

I’ve spent hours trying to figure out how Bowdoin’s first argument — that spending more on food doesn’t affect financial aid — could be true. In the end, the objection that the money comes from a separate bucket looks to me like accounting sleight of hand. Colleges extract a certain amount of money from students via tuition, gifts, and fees; it doesn’t matter whether the meal plan is bundled with tuition or paid separately, it comes from the students and their families and goes to the school. If a university wanted to prioritize diversity among students, it could easily reorganize these various streams of revenue and direct them at poorer kids.

“How Bowdoin finances its food is immaterial,” Gladwell wrote in an email to me. “It’s the fact that Vassar has to compete with that food (and all the other perks that go with a privileged college) that matters so much.”

When I asked Doug Cook, Bowdoin’s media relations director, to help me see the error in Gladwell’s point, he declined. “It’s a specious argument,” Cook said. “We’ve said what we wanted to say on it and now we are moving on.”

If Bowdoin’s food program has no effect on the number of low-income students who attend the school, then the same should be true at Vassar. Heck, Vassar should be able to serve venison and lobsters without compromising its financial aid. But as Vassar’s Hill told Gladwell, “Every dollar you spend on financial aid is a dollar you don’t have to spend on something else.”

Robert Kelchen, who studies higher education at Seton Hall University, did some quick math and estimated that if Bowdoin slashed its food offerings it could admit just a few more low-income students — not enough to make a difference in the composition of the student body. But if every wealthy school began moving money out of amenities and into scholarships, it would make a difference to a lot of low-income students.

Of course, Gladwell’s focus on food, like his focus on Bowdoin, was arbitrary. He could have made the same argument about athletics facilities, landscaping, or swanky residence halls. You could ask, where do you stop? Should schools sell off the books in their libraries, auction off their buildings, and have students run naked through the forest so as to have more money to help the poor? Clearly not. There’s no need for asceticism, it’s over-the-top luxury that’s unseemly.

When we think about food in this country, we tend to think in binary terms — either junk food or slow food, McDonald’s or Chez Panisse. There’s a suspicion that if we aren’t getting our eggs from heritage chickens raised by liberal-arts majors, we’re probably eating unhealthy, planet-destroying food.

The truth is that there are plenty of other options. There’s what historian Rachel Laudan calls republican cuisine — not GOP Republican. It’s a culinary philosophy from the Roman Republic, before the time of Caesar. It emphasized humble, healthy, inexpensive food shared by laborers and patricians alike. Laudan writes that republicans thought that enticing sauces encouraged overeating and decadence. Instead, as Cicero said, “Hunger is the best sauce.” That is, if we’re willing to wait until we are hungry, an equitable meal can be every bit as delicious as a luxurious one.

This republican cuisine is just one option. It’s appealing to promise that we can have mouthwatering food, gleaming new stadiums, and scholarships for all — it helps to preserve alliances. That’s good politics but bad policy. It results in the middle and upper classes getting their perks, while the working class gets bilked. Instead of glossing over tradeoffs, let’s scrutinize our options, then make choices with our eyes wide open.