Should I be drinking local or sustainable beer? 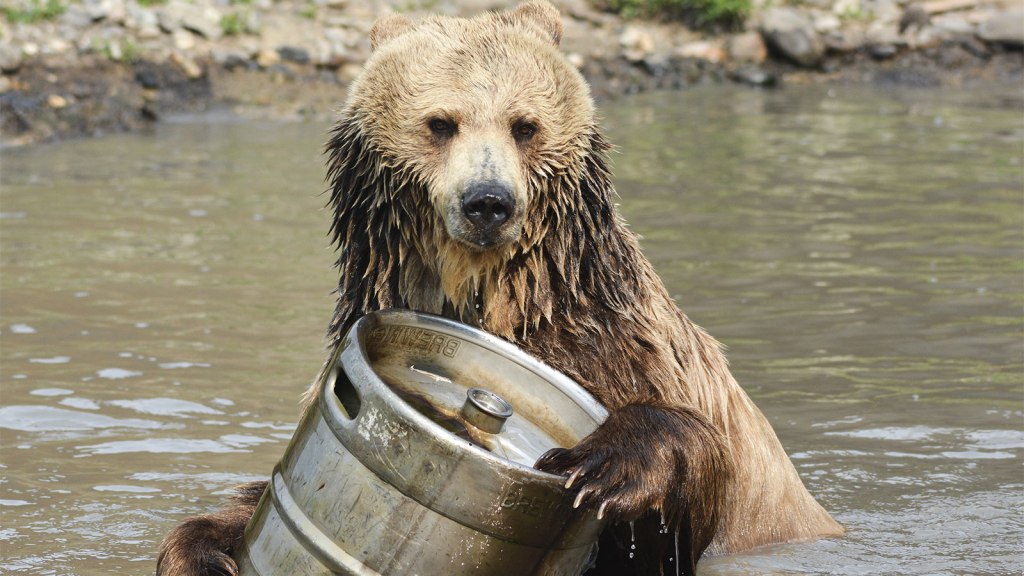 Should I be drinking local or sustainable beer?

Q. Living in Chicago and trying to be eco-friendly, I always buy local beer; we have lots of options (Half-Acre, Revolution, Goose Island, etc.). However, on the back of a New Belgium truck (with a Colorado license plate), I saw a claim that their breweries are now run on 100 percent wind energy. Which is greener: beer brewed on wind energy that is trucked 1,000 miles to the consumer, or beer brewed on coal energy with minimal transport needed?

Advertisers have a singular way of portraying beer drinking: Grab a pint and suddenly you’re smiling and surrounded by friends, probably on a beach or along a mountain stream, definitely accompanied by women in bikinis. You just never see people cracking open a cold one on the couch in their sweatpants to watch The Big Bang Theory, do you? Nor do we ever see environmentally conscious drinkers puzzling over the impact of their quaff of choice. Neither one makes for sexy advertising, I suppose.

I daresay both are more realistic parts of the beer experience, though, at least for you and me (though I’m more likely pairing my IPA with Antiques Roadshow, truth be told). I usually like to keep things simple with my alcohol advice, but your question is an interesting one, Evan: What’s beer’s biggest carbon footprint? Does production matter more than shipping?

As with so many green issues, it’s not exactly easy to tell.

We can look to several beer brands that have published life cycle analyses, or at least environmental reports, detailing the toll their suds take in everything from growing the barley to disposing of the bottles and cans. New Belgium, for example, reports that most of its greenhouse gas emissions are related to the glass bottles it uses (37.6 percent), with distribution accounting for 11 percent. (An earlier, more detailed report also singled out refrigeration in retail stores as a major source of carbon.) Heineken tells us that most of its impact comes from packaging production and disposal (35 percent), then refrigeration (28 percent), with distribution only 10 percent. And Oregon microbrewery Migration found that 80 percent of its emissions came from brewery operations, primarily energy use.

However, these are apples-to-oranges (or stouts-to-pilsners, if you will) comparisons, as they don’t pit brands directly against each other using the same methodology. Beer companies vary widely by size and distribution, and even different beers from the same company may have different carbon footprints. And we haven’t even talked about water use or waste yet. Frankly, trying to sort out which beer to drink can make you feel like you’ve kicked back a few too many brews already.

Your query reminds me of the bedeviling organic-vs-local question, Evan. And just like with that one, I’m going to reach for a third option: You don’t have to go crazy choosing either a sustainably brewed beer or a local one — more and more of us can find both together.

In Chicago, for example, Argus Brewery buys wind power and is looking to add solar water heaters, and Revolution Brewing offers a beer made from hops grown at the city aquarium. Goose Island and Half-Acre have signed the Natural Resources Defense Council’s Clean Water Pledge. Nearby Michigan microbrewery Brewery Vivant gets all of its energy from renewable sources, operates out of a LEED-Silver facility, and publishes a detailed sustainability report every year. Slightly farther afield, Michigan’s Rockford Brewing Company and Ohio’s Forest City Brewery signed on to the Brewery Climate Declaration, publicly committing to greening up. (Non-Windy City denizens will find tasty options on this list from all over the country, too.)

To figure out which beers best fit your green prerequisites, I highly recommend asking each of your local favorites what it’s doing to clean up its act — bonus points for doing so publicly (thanks, Twitter!) and with groups of friends chiming in. The more brewmasters hear our demands for sustainably produced beer, the less we’ll have to worry about trucking in our ales from across the country. Then buy the ones that are doing the most for the planet – these guys need our support.

And when you’re imbibing, don’t forget about the hefty impacts from glass bottles and aluminum cans we saw in those brand reports. Bike, walk, or bus your way down to that brewery and fill up a reusable bomber (or keg, if you’re in the party mood) whenever you can. You’re slashing impacts from shipping and packaging, and that deserves a toast.