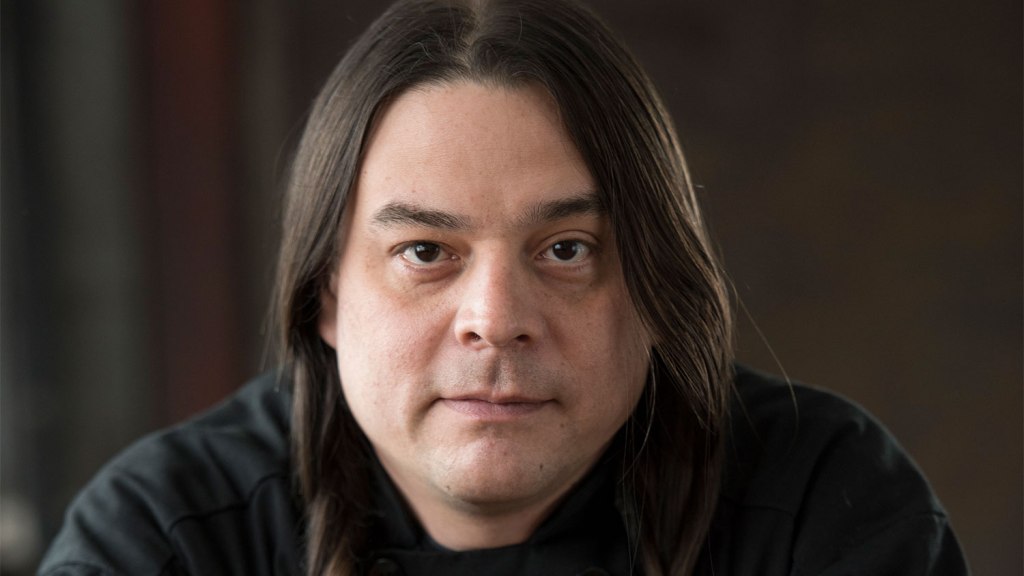 Indigenous Native American cuisine is hard to come by in mainstream dining. Sure, bison burgers and fry bread tacos pop up on menus and roadside stands here and there, but those dishes barely begin to tell the story of traditional Native American cooking.

Chef Sean Sherman wants to bring Native American cuisine back to its roots. Sherman, 41, is a member of the Oglala Lakota tribe and grew up on the Pine Ridge Indian Reservation in South Dakota. He’s spent much of his culinary career piecing together how his ancestors ate before they were colonized. After college, Sherman moved to Minneapolis and started working in the restaurant industry. Now his catering company, The Sioux Chef, and forthcoming food truck, mimics meals indigenous to the Dakota and Ojibwe tribes native to the Minnesota area. Think cedar-stewed rabbit with fiddlehead ferns, roasted duck with blueberry and rosehip sauce, and corn and honey sorbet.

Cooking healthier dishes is important to Sherman. Almost 1-in-3 American Indians and Alaskan Natives are obese and diabetes rates among native people are nearly two times higher than the general U.S population. Part of the problem is that many Indian reservations are located in food deserts. Sherman’s cuisine emphasizes fresh, native ingredients — like maple, wild onion, and chokecherry — and avoids processed sugar, dairy, and white flour. (Even fry bread, the flattened, deep-fried dough seen as a staple Native American food, has a complicated history. During The Long Walk, a period of forced Navajo relocations from Arizona to New Mexico in the mid-1800s, government-issued flour, sugar, and lard rations made fry bread a safeguard against starvation along the 300-mile walk.)

I spoke with Sherman about his research process, his culinary secrets, and “oppression food.” Below is an edited and condensed version of our conversation.

On his deep dive into food history.

I started buying every cookbook I could find on Native American food and nothing was offering what I was looking for. I was looking for that knowledge of the usage of wild foods and the usage of preserving things, what people were picking, and what people were growing. It’s not like there was a Joy of Native American Cooking cookbook out there for me to use as a guideline.

I really delved into wild plant identification and usage, ethnobotany [the science of the relationships between people and plants], the regional cultural differences of the different tribes, [and] the history of migration of tribes. I’m looking at what it was like to eat in the mid-1800s, basically.

I’ve been using cedar as a seasoning, or balsam fir. It’s kind of like the un-modernist cuisine because I’ll [slow-stew] some deer with some cedar and salt, and that’s it. Just let it slow-stew, not even braise it, and just let it go for a long time until it falls apart and all those flavors come out. You don’t need to change it that much, because all these pieces are so healthy and vibrant as they are. I’ve been using seed and nut oils a lot, but mostly sunflower oil. And of course making my own lard when I’m cooking down some bison or saving fat from a duck or goose.

Almost all Native American communities were basically forcibly removed from their traditional food systems, which threw a wrench into everything. You saw fry bread become integrated into native communities across the board, but only because it was “oppression food,” really. It was something that kept them alive, but it wasn’t really healthy for anybody. Because it had passed through so many generations, people were talking more about their grandmother’s fry bread recipe than they were about the cool sauce they were making from wild greens or roots.

On why Native American food should be the next big thing.

I think native communities are really still recovering from what happened to them. Across the board, all Native American people have had a pretty dark history with the United States. There’s a lot of great positivity we can offer and I think our food system is a huge one that should be all over the place. There should be Native American restaurants all over the nation that really show how diverse the United States is in culture and cuisine — not just beer and burgers at every stop you go to. There’s so many different food systems, and so many different cultures and religions within Native America, so that should really be the focus. Someday, I hope we see more Native American restaurants across the board.