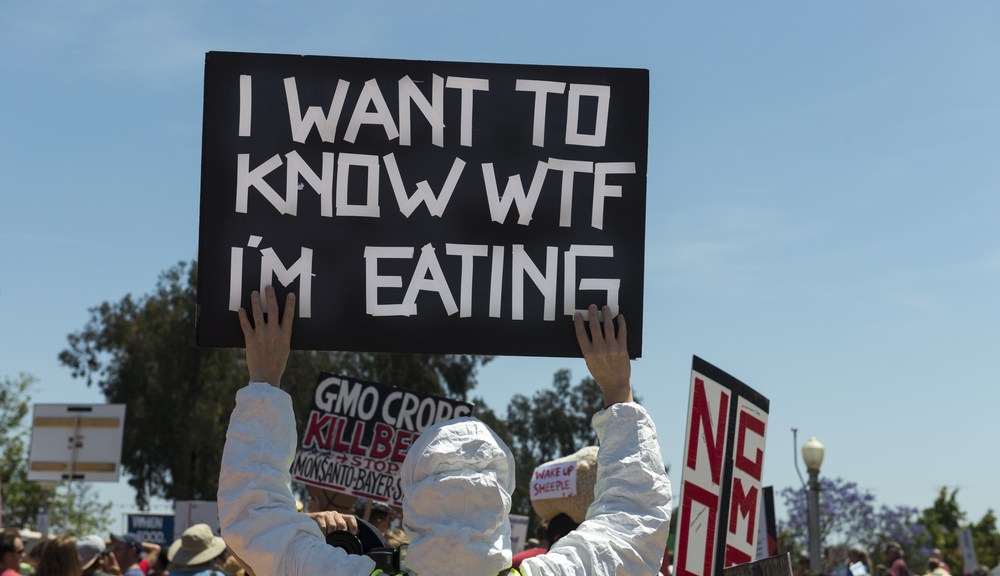 When activist organizations issue over-the-top press releases or make non-scientific claims, I just shake my head, but unless I’m writing at length on a topic I don’t set out to debunk their claims. Activists gonna activate — and often that involves hyperbole, or outright distortion. Also, it’s risky for a journalist to spend time fact-checking activists, because it looks like you are shooting at the ambulance. A journalist is supposed to comfort the afflicted and afflict the comfortable, as Finley Peter Dunne put it.

As a result, the errors of NGOs go uncorrected, and the misstatements of activists unchecked. Until someone like Will Saletan comes and lays it out for everyone to see. Saletan has a barn-burner of a piece in Slate detailing how anti-GMO groups have flip-flopped their claims as the evidence changes.

For instance: The toxin produced by the bacterium Bacillus thuringiensis is great when it’s sprayed on crops, but suspicious when engineered to be part of the crops. And that was just the beginning:

The anti-GMO lobby says Bt crops are worse than Bt sprays, in part because Bt crops have too much of the bacterial toxin. In 2007, for instance, Greenpeace promoted a court petition to stop field trials of Bt eggplant in India. The petition told the country’s highest court, “The Bt toxin in GM crops is 1,000 times more concentrated than in Bt sprays.” But Greenpeace’s internal research belied that statement. A 2002 Greenpeace report, based on Chinese lab tests, found that the toxin level in Bt crops was severely “limited.” In 2006, when Greenpeace investigators examined Bt corn in Germany and Spain, they got a surprise: “The plants sampled showed in general very low Bt concentrations.”

An honest environmental organization, having discovered these low concentrations, might have reconsidered its opposition to Bt crops. But Greenpeace simply changed its rationale. Having argued in its 1999 lawsuit that Bt crops produced too much toxin, Greenpeace now reversed itself. In its report on the German and Spanish corn, the organization complained that Bt crops produced too little toxin to be effective. It argued, in essence, that the Bt in transgenic crops was unsafe for humans but insufficient to kill bugs.

Similarly, anti-GMO groups first dismissed golden rice (engineered to deliver beta carotene and stop illness caused by vitamin A deficiencies) for having too little beta carotene. Then, when scientists fixed that problem, they warned that there was too much:

In 2001, Friends of the Earth had scoffed that Golden Rice would “do little to ameliorate VAD [vitamin A deficiency] because it produces so little beta-carotene.” By November 2004 the group had changed its tune. Crops that yielded beta carotene could “cause direct toxicity or abnormal embryonic development,” it asserted.

This is a strange shift. Sure, there are hypothetical dangers that kids could get too much beta carotene, but right now kids are dying from too little. It’s like warning against providing water to people dying of dehydration, due to fears of drowning.

No doubt there’s plenty more to say on every one of these topics. Yes, there are other methods besides golden rice of delivering vitamin A that are working well. Yes, you need to provide fat as well as the beta carotene in order to absorb the vitamins. Yes, the development of golden rice has been slowed and confounded by technical difficulties, not just by activists. If Saletan turns this into a book, he should investigate those issues in full. I hope that he might also spend the time to detail the ways in which the pro-GMO lobby has been caught making ridiculous claims — I found one clear example of that.

But I think the most valuable part of Saletan’s jeremiad is to clearly lay out the contradictory claims activists have made over the years. As a journalist, I tend to think of NGOs as partners in uncovering the truth about corporations and government. This piece is a chastening reminder that activists aren’t always driven to expose the facts, wherever those facts might lead. For some activists, the cause can trump the evidence.